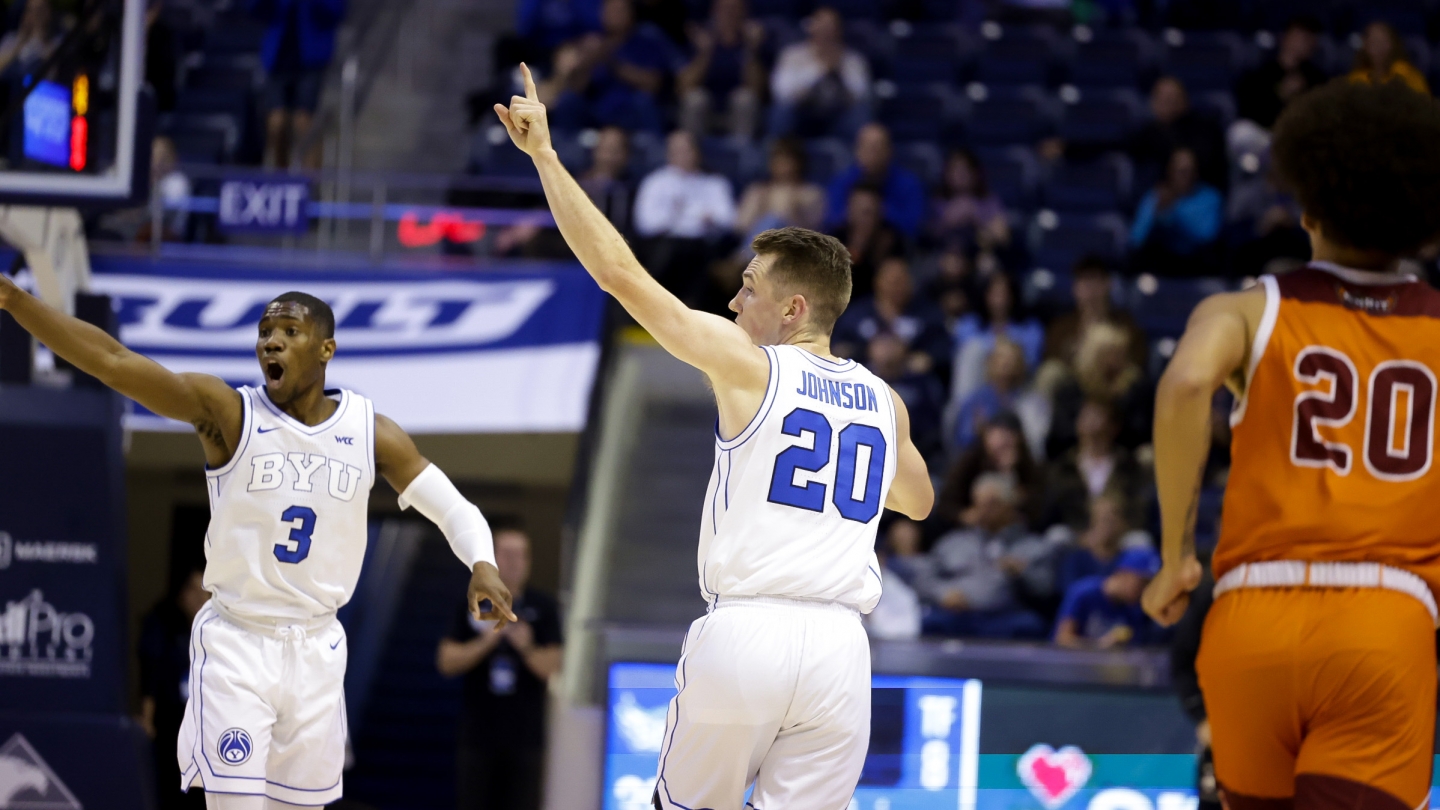 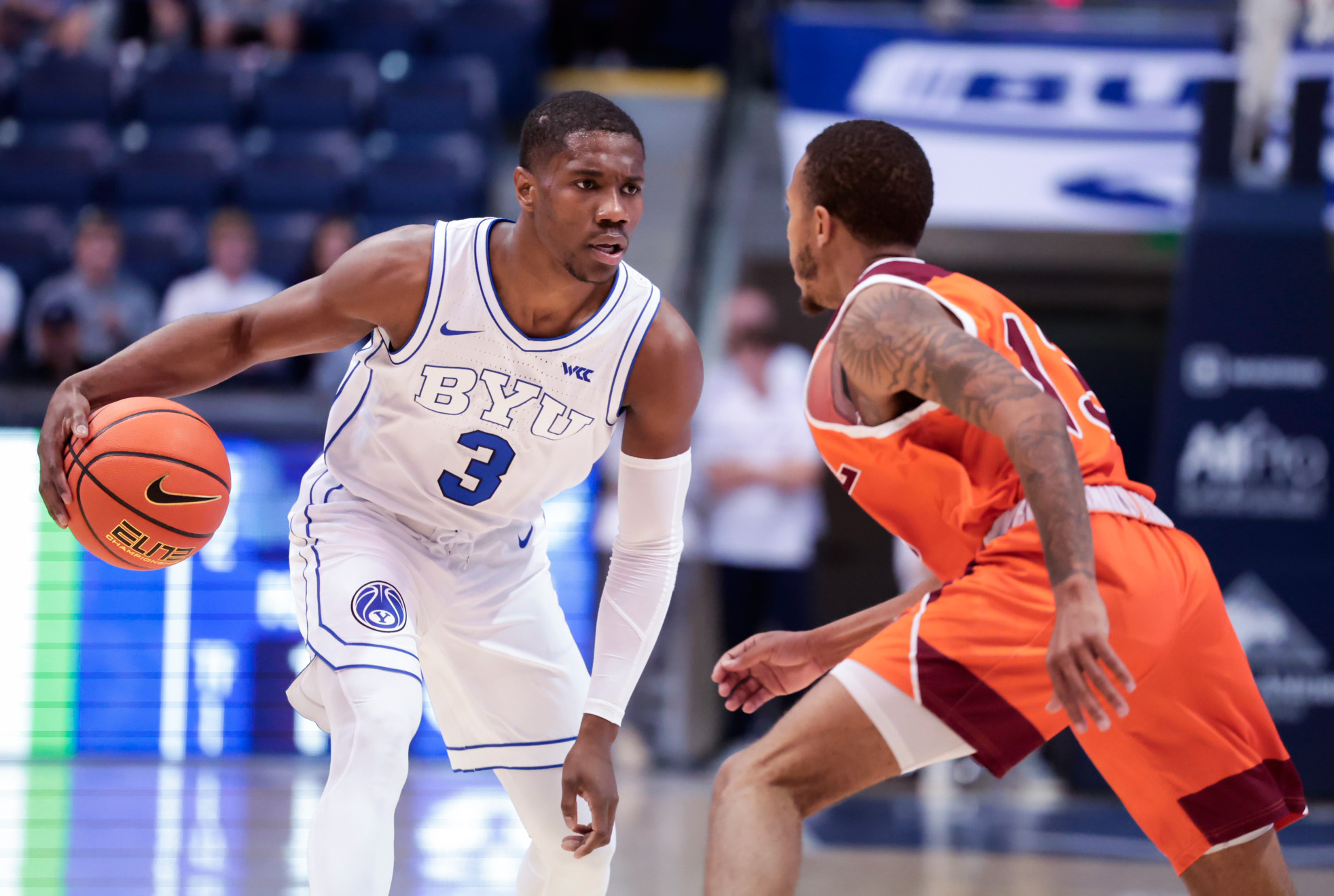 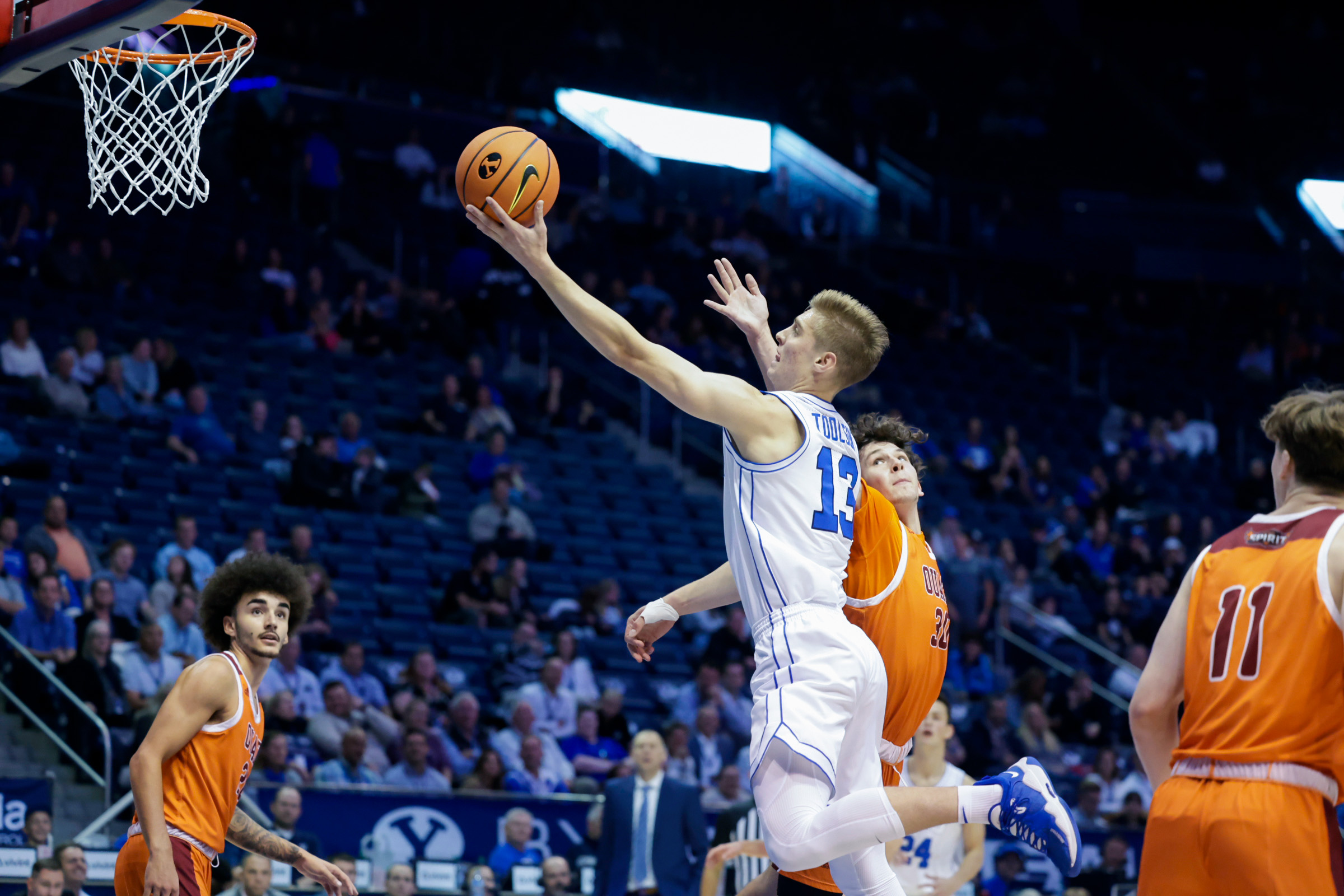 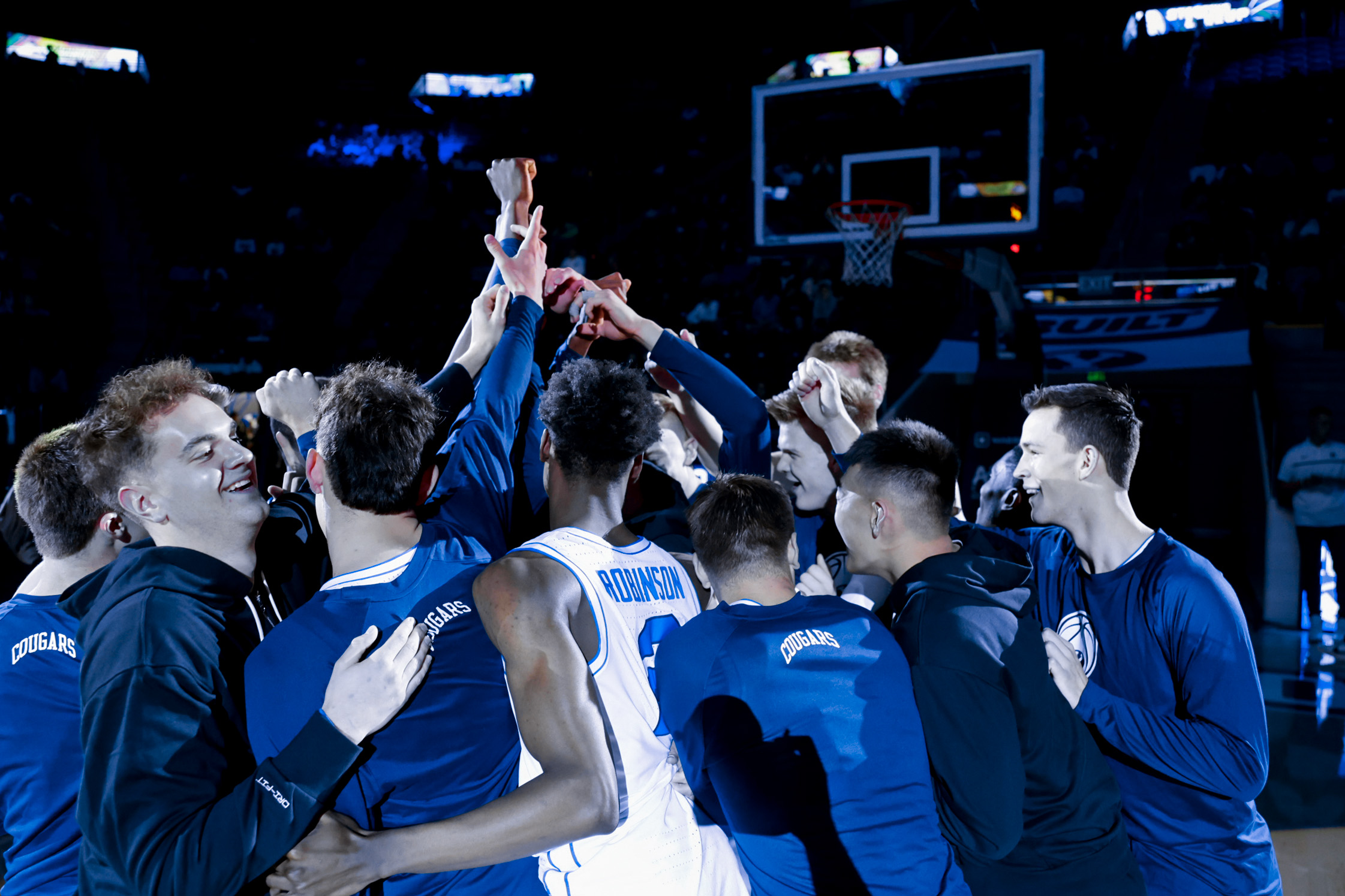 In all, BYU had six players finish with double figures on the night.

“It was really fun to see this group play together," Johnson said. "They turned down so many challenging shots to earn great shots for their teammates all night long. That was super special. Moving forward, we're going to grow a lot as a team this season and in the next year or two. We have a chance to be really special, and I have a lot of faith in this group."

The early play of Johnson started the Cougars off on the right foot, with a 3-pointer followed by a steal that led to a fast-break layup by Traore. Johnson hit another three to take an 8-2 lead at the 17:36 mark.

Both teams struggled to take care of the ball early, registering nine combined turnovers in the first six minutes. With 14:04 left in the half, BYU had capitalized with 11 points off turnovers compared to Ottawa’s five to take a 16-11 lead.

Physical defense by the Cougars led to a series of fouls and an early bonus advantage for Ottawa. With a 20-16 lead, Trey Stewart hit a three to punctuate a 4-of-7 team start from beyond the arc.

BYU opened a double-digit advantage with just under five minutes remaining in the half behind 24 points in the paint.

The Cougars lead would balloon to a 20-point advantage in the half’s final minute before Ottawa cut it to 51-35 after a buzzer-beating three pointer.

At halftime, Traore led both teams in rebounds with 8. Johnson tallied 12 points on 3-for-3 from three and 4-of-5 overall. As a team, the Cougars shot an efficient 50% (7-of-14) from the three-point line.

A Robinson 3-pointer marked 12 points for the guard, with each coming off a 4-for-5 start behind the arc. The Cougars wasted no time capitalizing on six early turnovers by the Spirit as Williams hit back-to-back threes to go up 65-40.

A string of six points by Ally Atiki that included two dunks brought the sophomore’s total points to 12 in just 11 minutes of play.

Despite the wide gap, BYU kept its intensity up while maintaining a large lead for the remainder of the contest. Its greatest advantage was 43 points en route to a 109-69 victory.

BYU returns to action next week, hosting Idaho State on Monday, Nov. 7 at 7:00 p.m. at the Marriott Center. Watch the Cougars face the Bengals on BYUtv or listen live on BYU Radio and the BYU Sports Network KSL 1160 AM/102.7 FM. 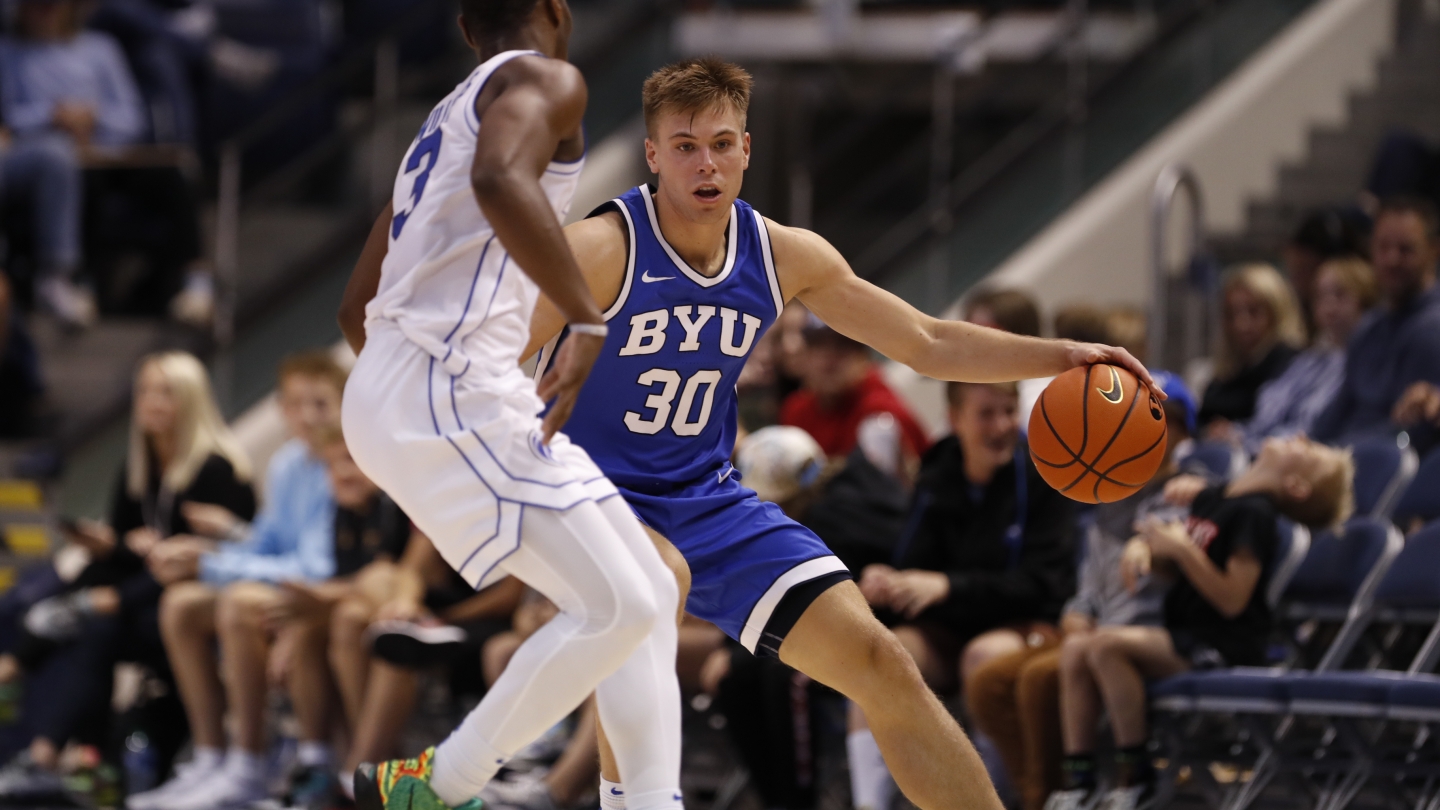 PROVO — BYU men’s basketball opens its 2022-23 campaign on Wednesday, Nov. 2, when the Cougars host Ottawa (Ariz.) in an exhibition. Tip is scheduled for 7 p.m. at the Marriott Center.

Wednesday’s contest will be broadcast on BYUtv and BYUtv app. Jason Shepherd and Mark Durrant will also be on the call on BYURadio.org and BYU Radio app.