Cougars down Colonels in gritty 87-73 win 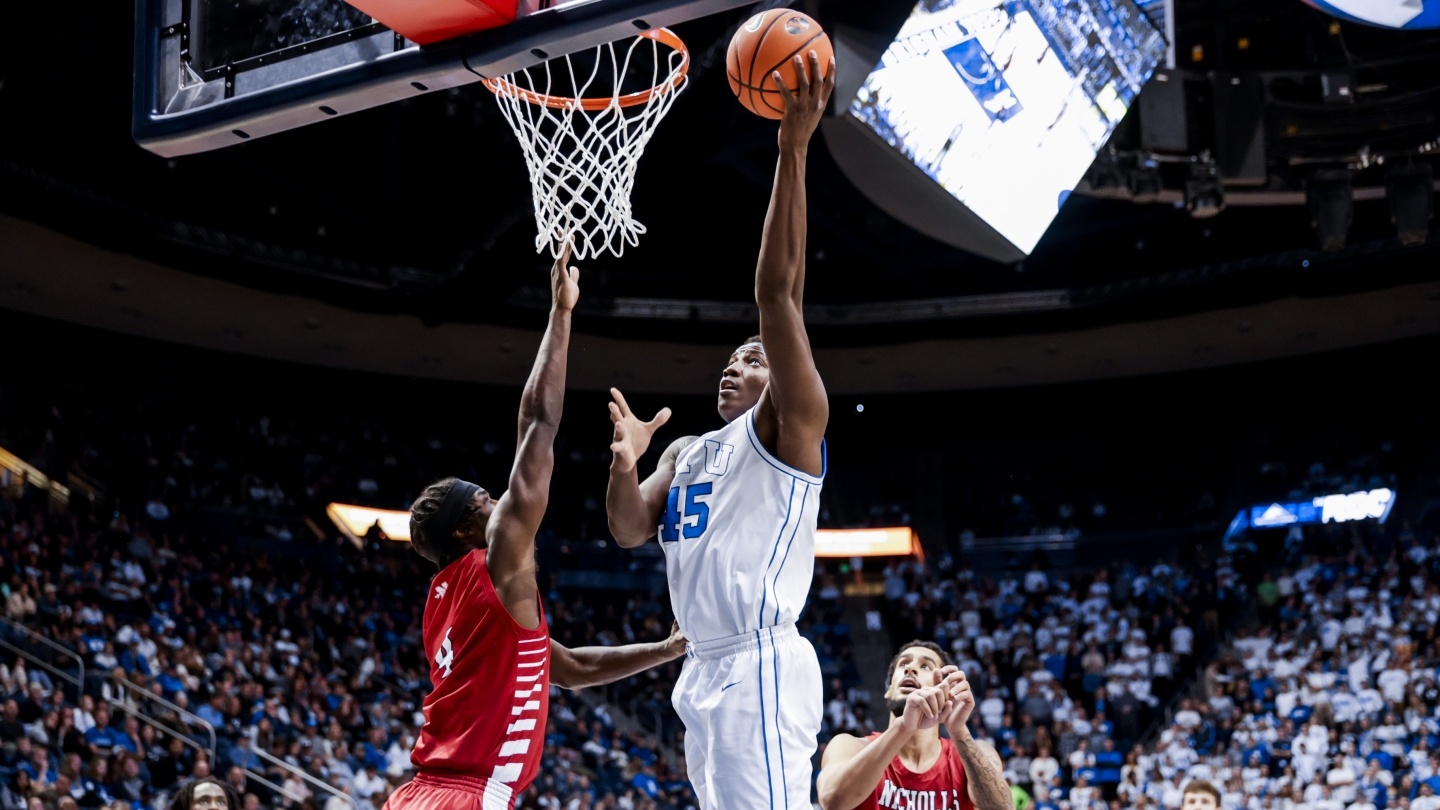 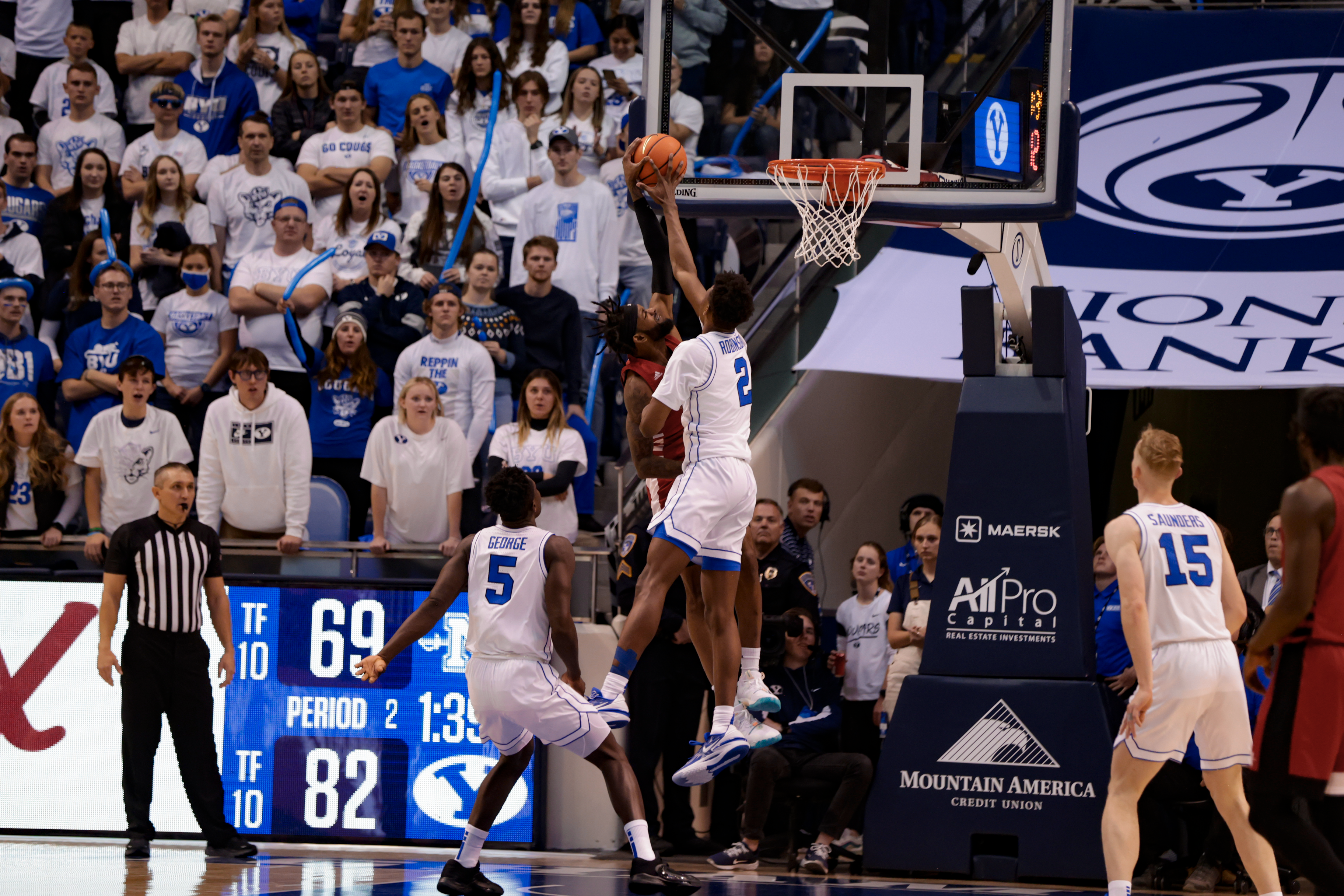 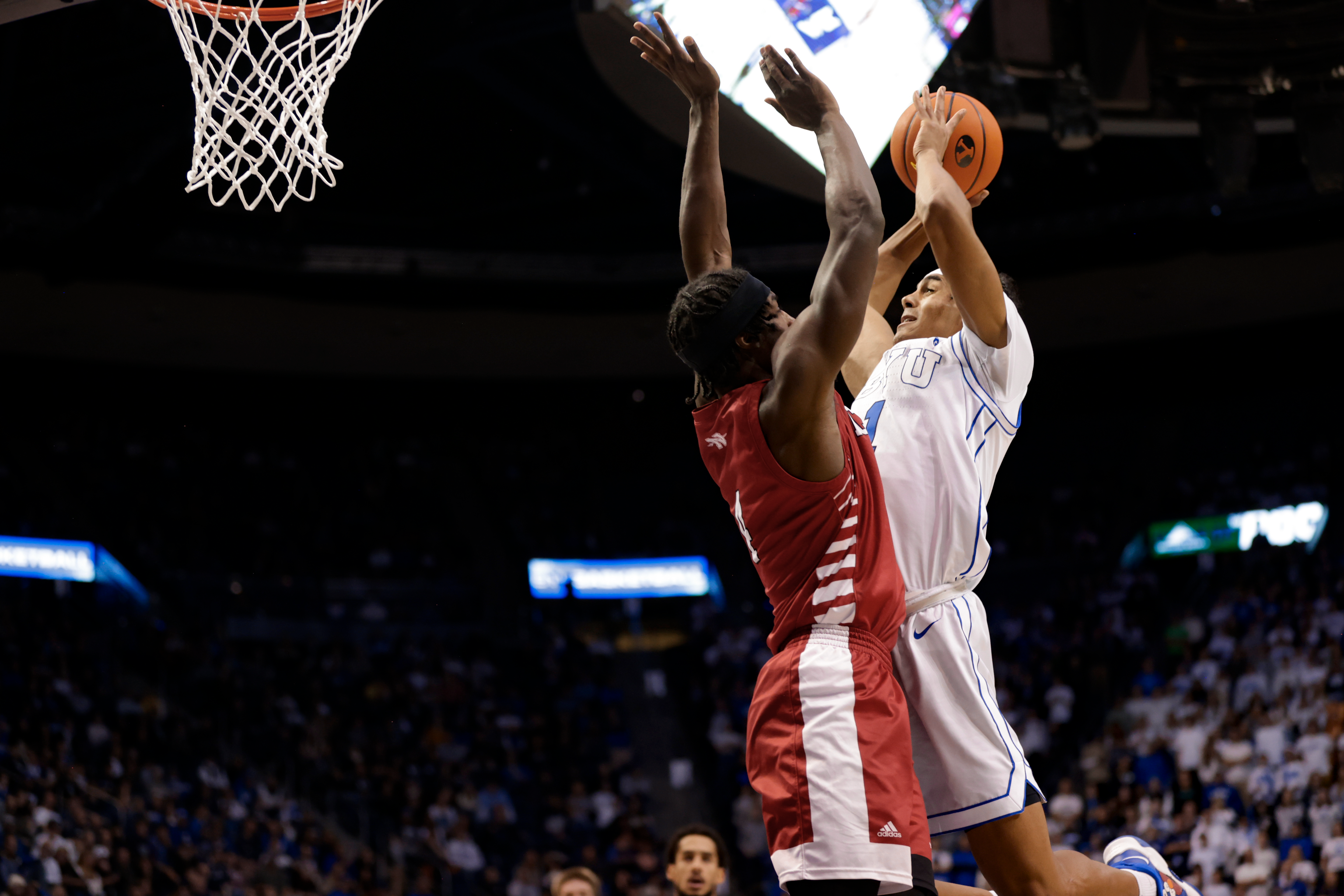 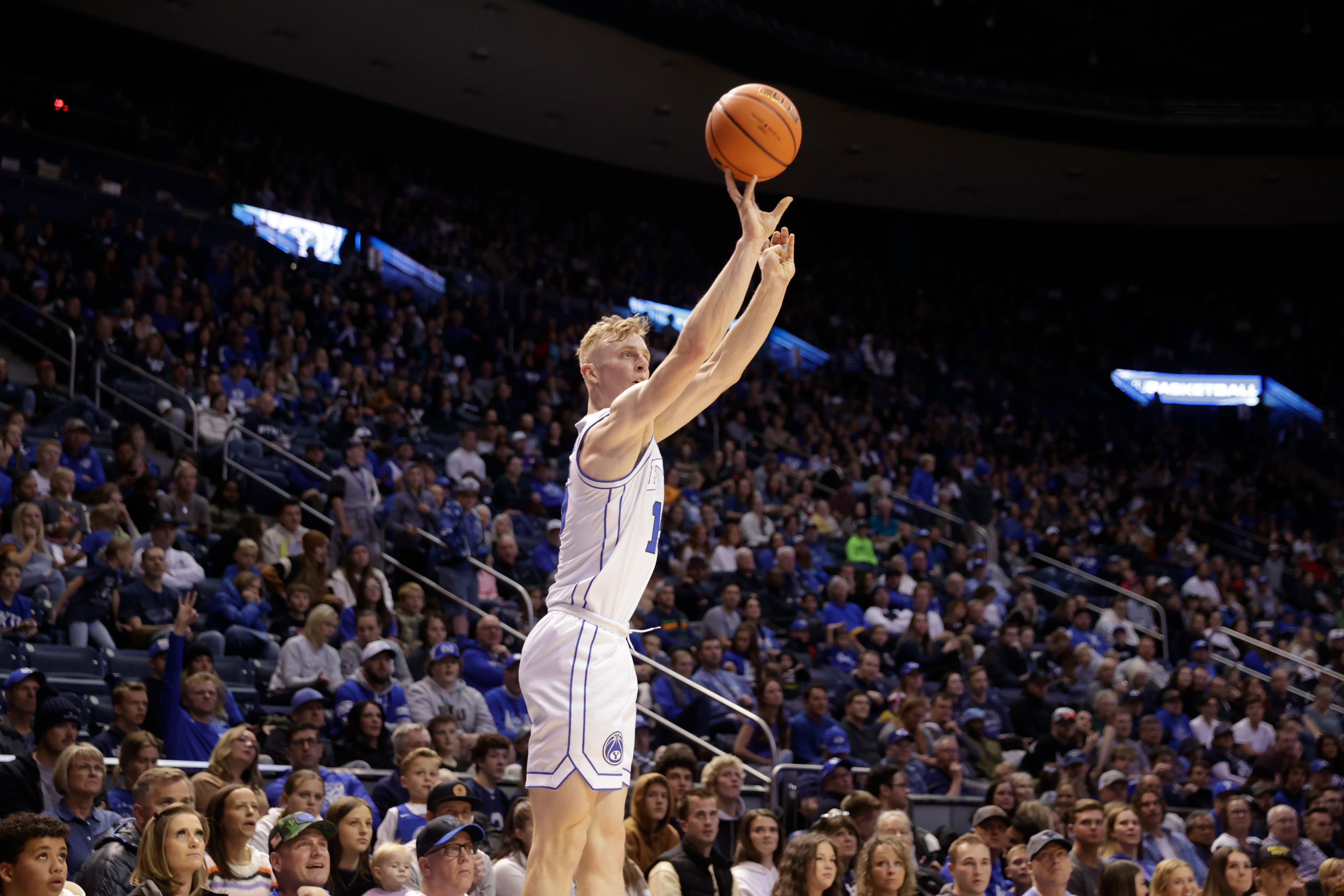 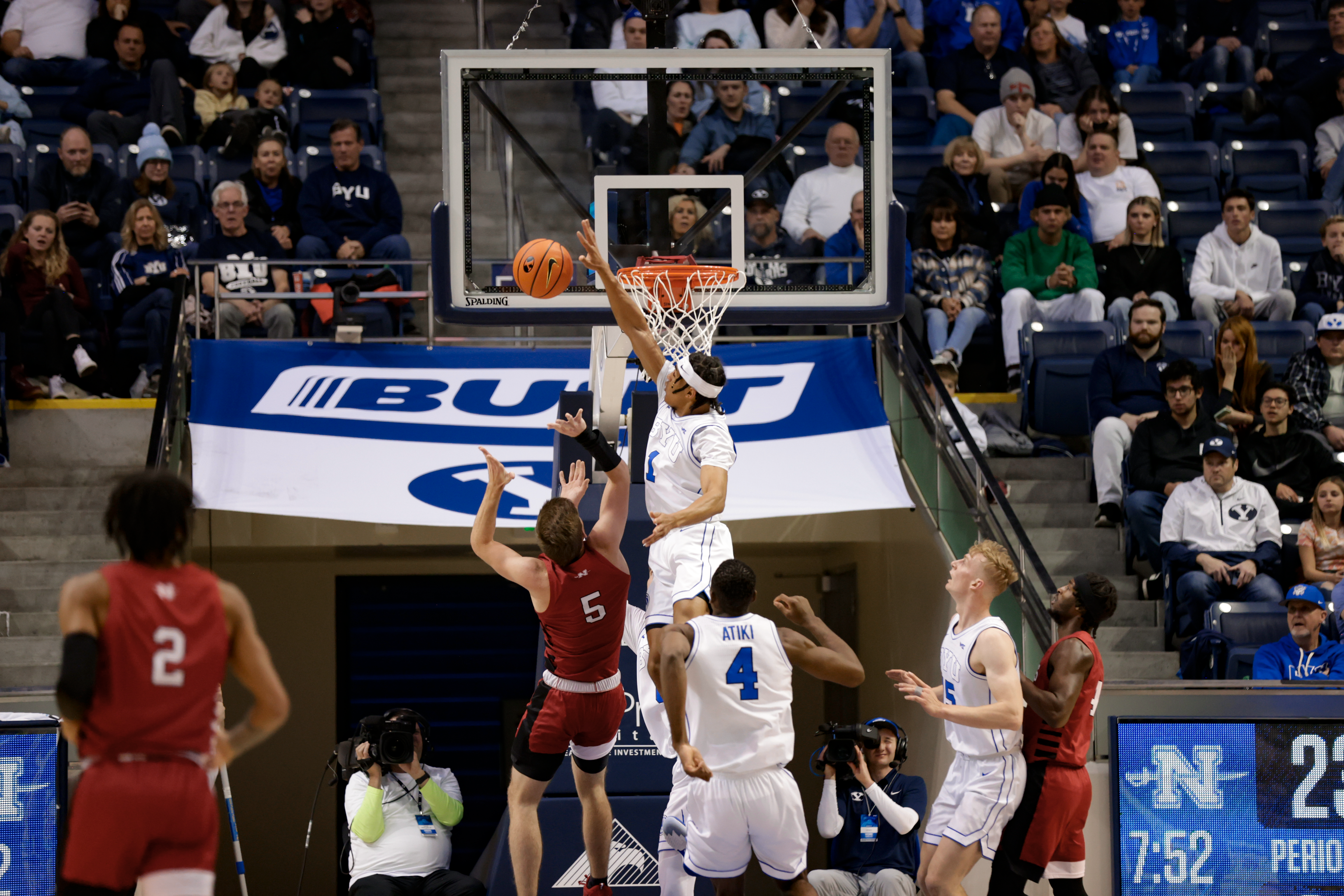 PROVO, Utah — Four Cougars finished in double-figures as BYU basketball earned a gritty win over the Nicholls 87-73 at the Marriott Center on Saturday night.

“We really controlled the glass tonight and scored a lot of points off our offensive rebounds which contributed to this being a high-scoring game," said BYU head coach Mark Pope. "We had 27 free throws, which is good for us and was the most we have had all season. I loved our shooting tonight, we did an unbelievable job earning shots for one another."

Gideon George and Fousseyni Traore led BYU with 15 points apiece and were joined by Rudi Williams and Atiki Ally Atiki who each finished with 10. For the third-straight game, every Cougar that saw the floor scored totaling 34 bench points on the night.

George finished with a double-double with 15 points, 10 rebounds on 5-of-8 shooting, pulling down four offensive boards, an assist and two blocks. Traore was 6-of-8 from the floor, 3-of-4 from the line, eight boards, a block and a steal.

Despite struggling from three, BYU shot a season-best 48.4 percent from the field and a season-high 70.4 percent from the charity stripe. The Cougars out-rebounded the Colonels 54-31, including 19-13 on the offensive glass which they turned into 25 second-chance points.

BYU continues to share the rock, tallying 19 assists on 30 made baskets, nearly doubling their total assists from any game this season. Williams finished with six with Dallin Hall and Jaxson Robinson each dishing out three dimes.

Nicholls opened on top as the Colonels took an early 8-4 lead with two threes and a fast-break layup, but a George three cut the lead to 8-7 with a perfect trip to the charity stripe from Traore knotted the game at nine coming out of the first media timeout.

With the score in favor of the Colonels 16-11, Hall scored his first points of the night with a driving kiss off the glass to cut the lead to 16-13 going into the under-12 media timeout.

Out of the timeout, a floater from Ally Atiki and back-to-back scores from Noah Waterman including a right-hand hook shot and corner three gave the Cougars their first lead of the game, 20-18.

The Colonels responded with three-straight scores including a triple to retake a five-point lead with 7:21 to play in the opening half.

BYU came back with back-to-back scores from Richie Saunders including a three from the right corner to set a new career high of five points. Robinson got in on the scoring with another triple to give the Cougars a 28-25 lead with 5:58 left in the first.

Within the first 32 seconds of the second half, Traore and Spencer Johnson had retaken the lead for BYU. Traore’s layup coupled with the steal and score from Johnson gave the Cougars a 41-40 lead.

Johnson continued to have the hot hand as he weaved through the lane for a scoop and score to knot the game at 43. Nicholls and BYU continued to trade baskets with Traore securing position down low and cashing in on back-to-back layups.

With 15:34 left, George drew two defenders and found an open Robinson on the left wing for his second triple of the night to break the tie and go up 50-47.

On the next BYU possession, Williams was tripped by Lance-Amir Paul resulting in the foul being upgraded to a flagrant one giving Williams two shots and the ball. The senior made both and then found George for the score to take a 54-47 lead. After a defensive stop, George tipped-in a miss to extend the lead to a game-high nine with 14:27 to play.

The Colonels would not go quietly as they scored back-to-back buckets to cut the lead to four with 12:25 left. A flop warning was issued to Waterman which resulted in a single free throw that trimmed the BYU lead to three.

The Cougars extended the lead to eight as Trey Stewart became the tenth player to score with a nifty scoop-and-score. Ally Atiki would push the lead to a game-high 10 midway through the second half.

After extending the lead to 12, Nicholls State cut the lead to seven before Waterman bumped it back to nine on a driving layup with 6:31 remaining.

The Colonels hung around by again trimming the lead to seven before an acrobatic driving layup from Williams reset the lead at nine with 4:33 to play.

With 3:10 to go, Nicholls State hit a three to draw within six, the closest the score had been since the 10:45 mark of the second half, but BYU responded with a transition triple from George, a free throw from Traore and a corner three from Johnson to quickly lead by 13 with 2:18 left.

The Cougars head to the Bahamas next week for the Battle 4 Atlantis where they face USC in the opening round on Wednesday, November 26. The game will be broadcast live on ESPN2 at 5 p.m. EST/3 p.m. MST and can be heard live on BYU Radio Sirius XM 143, BYURadio.org/BYU Radio app or KSL 102.7 FM/1160 AM. 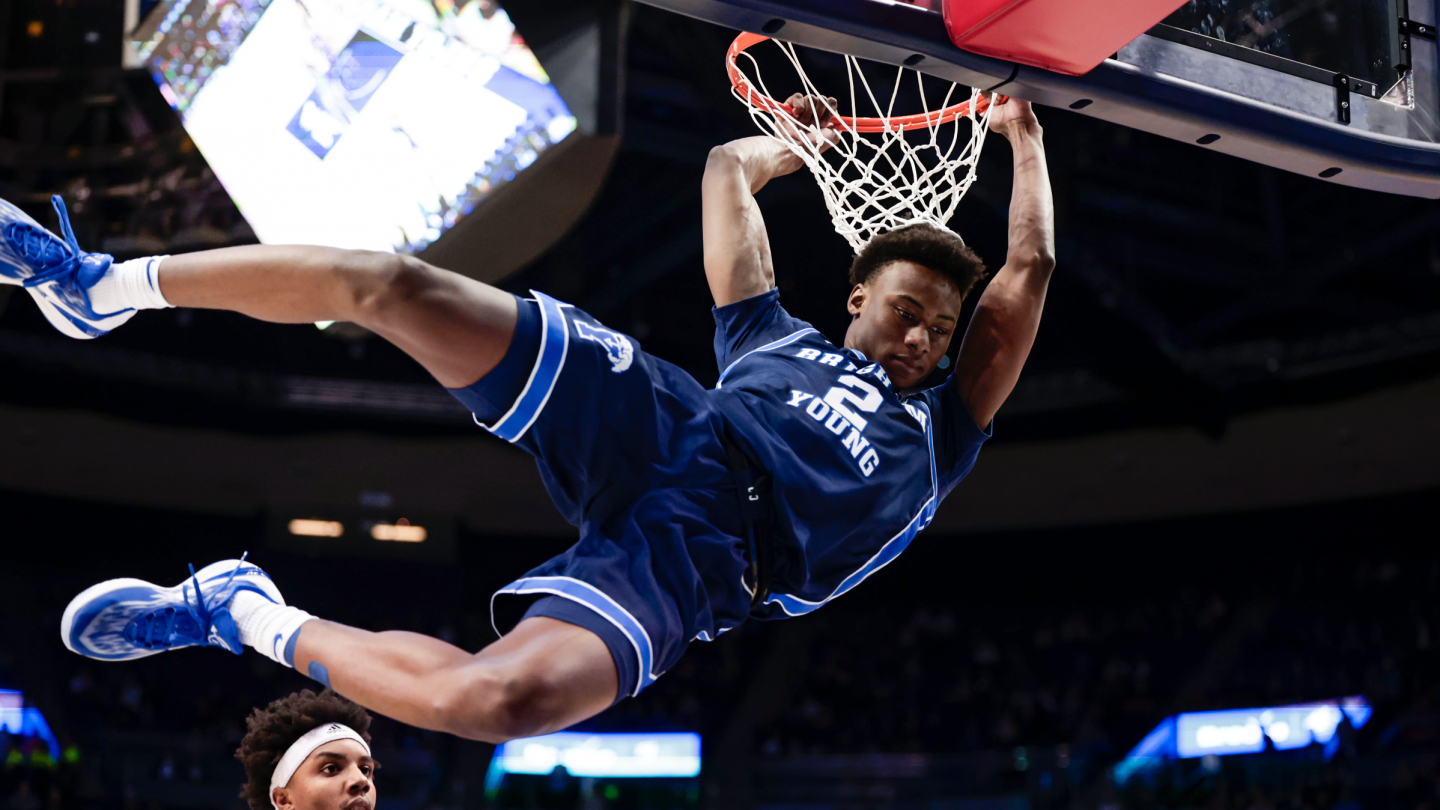 PROVO – BYU finishes its two-game home stand on Saturday, November 19, when the Cougars host Nicholls at the Marriott Center for the first time since 1993. Tip is scheduled for 7 p.m. MST.

Friday’s contest will be broadcast on BYUtv. Greg Wrubell and Mark Durrant will also be on the call on the BYU Sports Network on BYU Radio Sirius XM 143 and KSL 102.7/1160 AM.