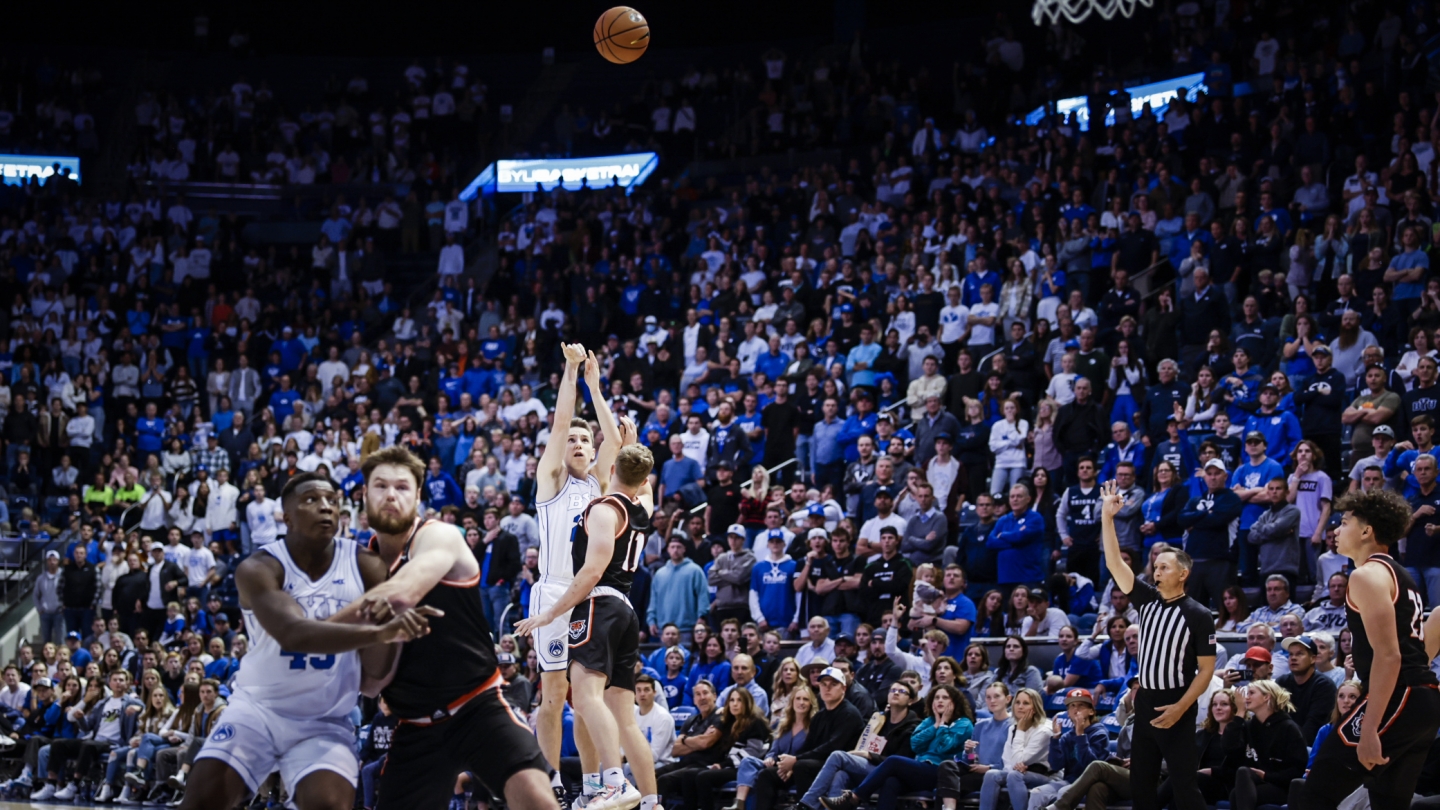 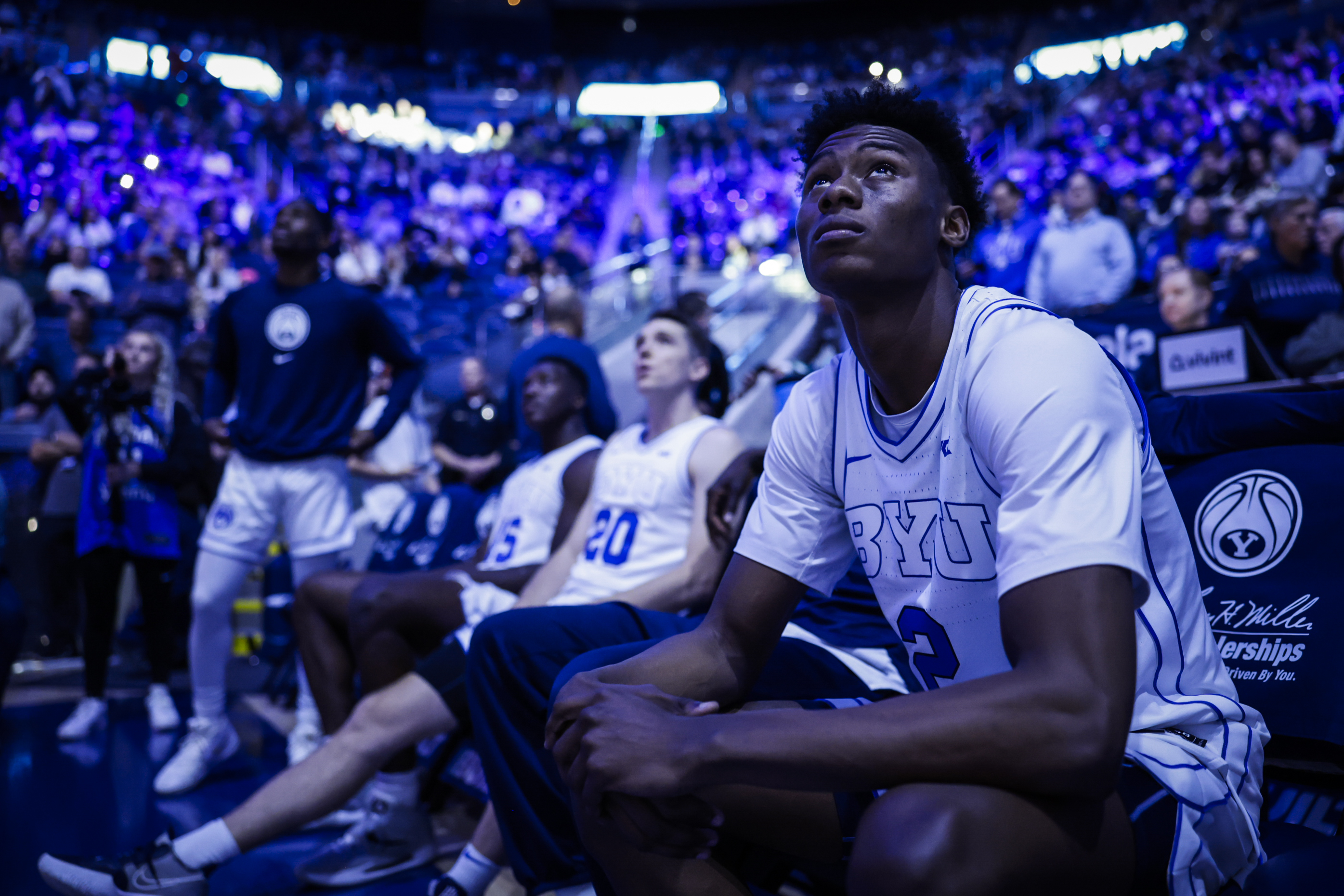 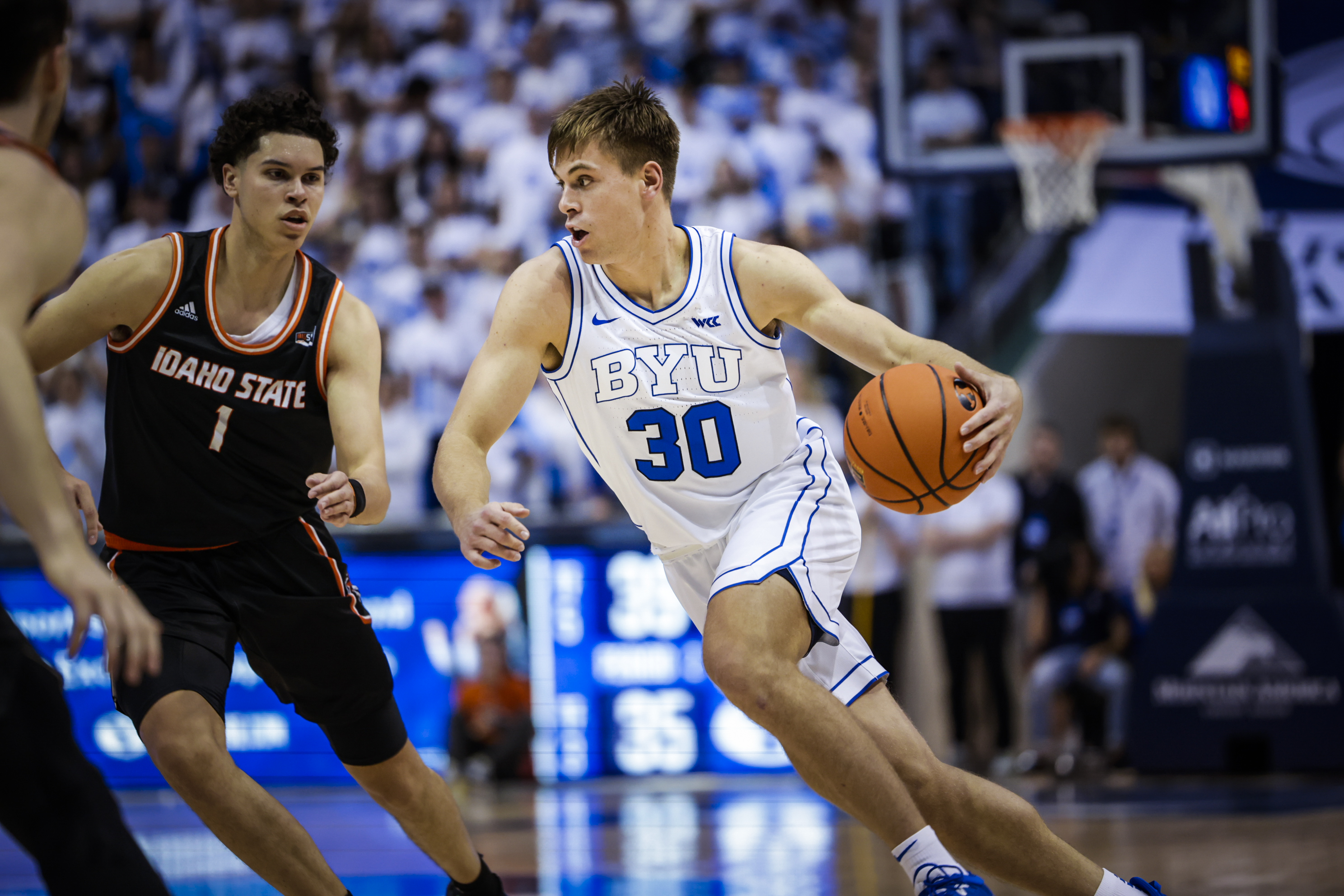 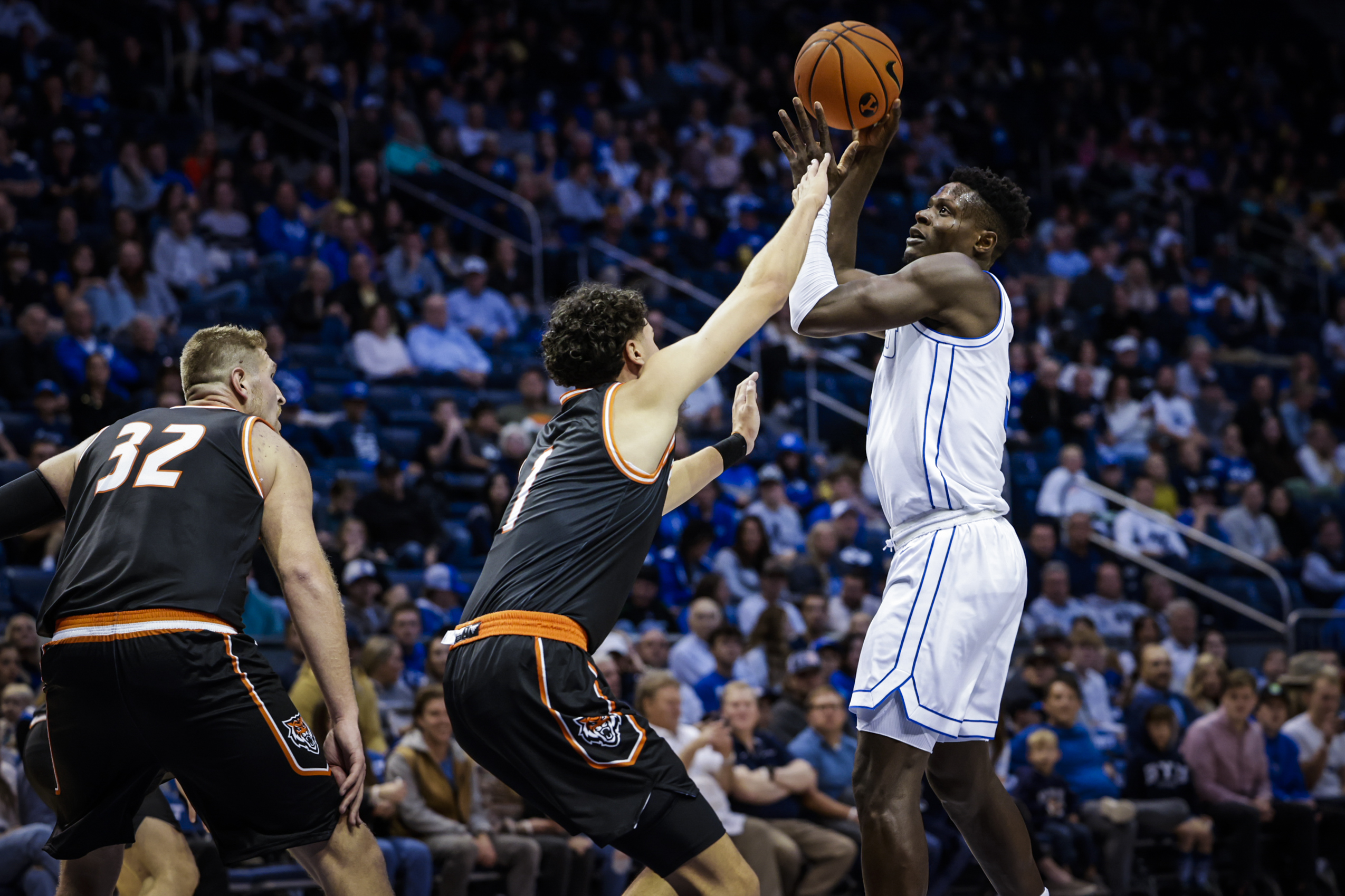 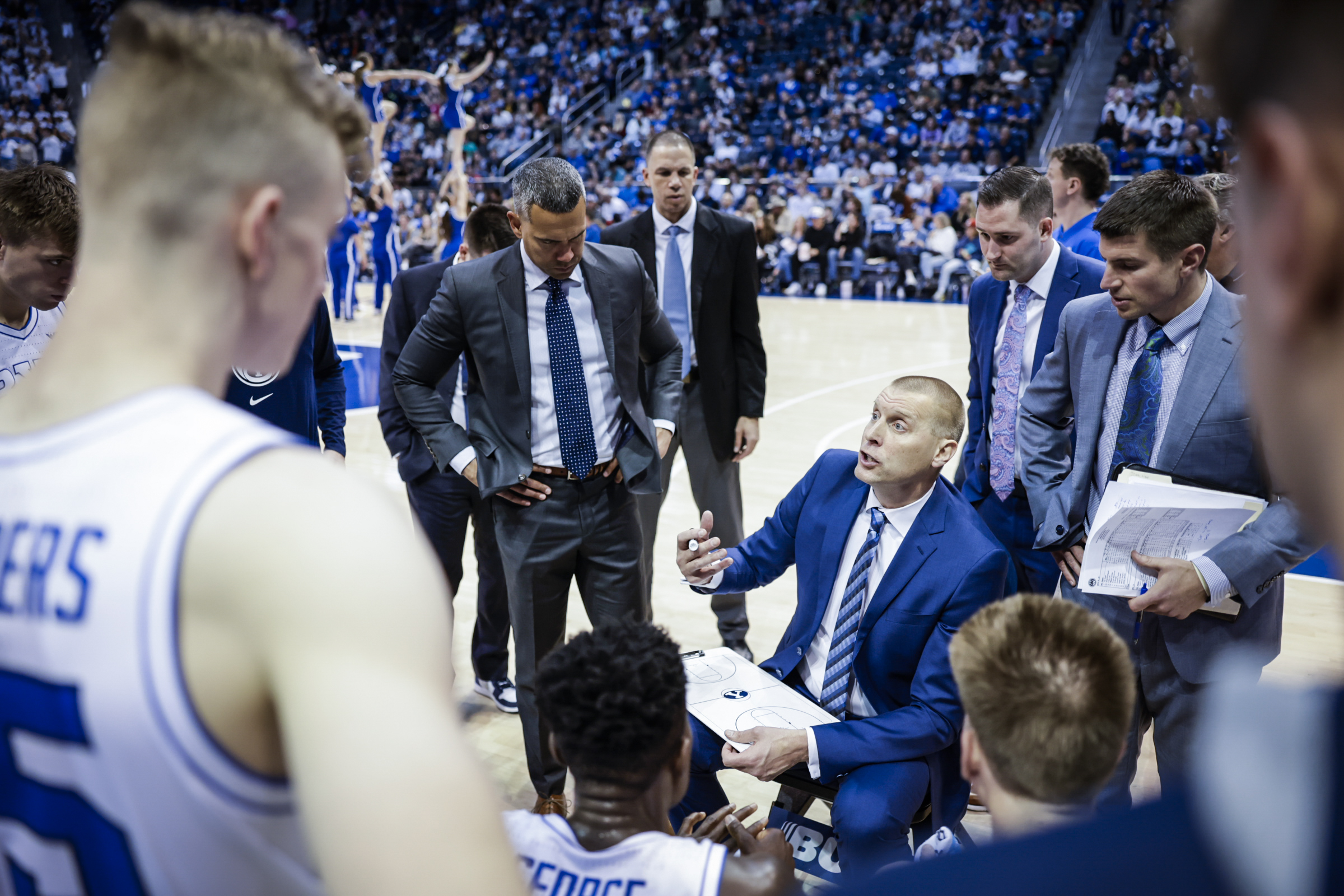 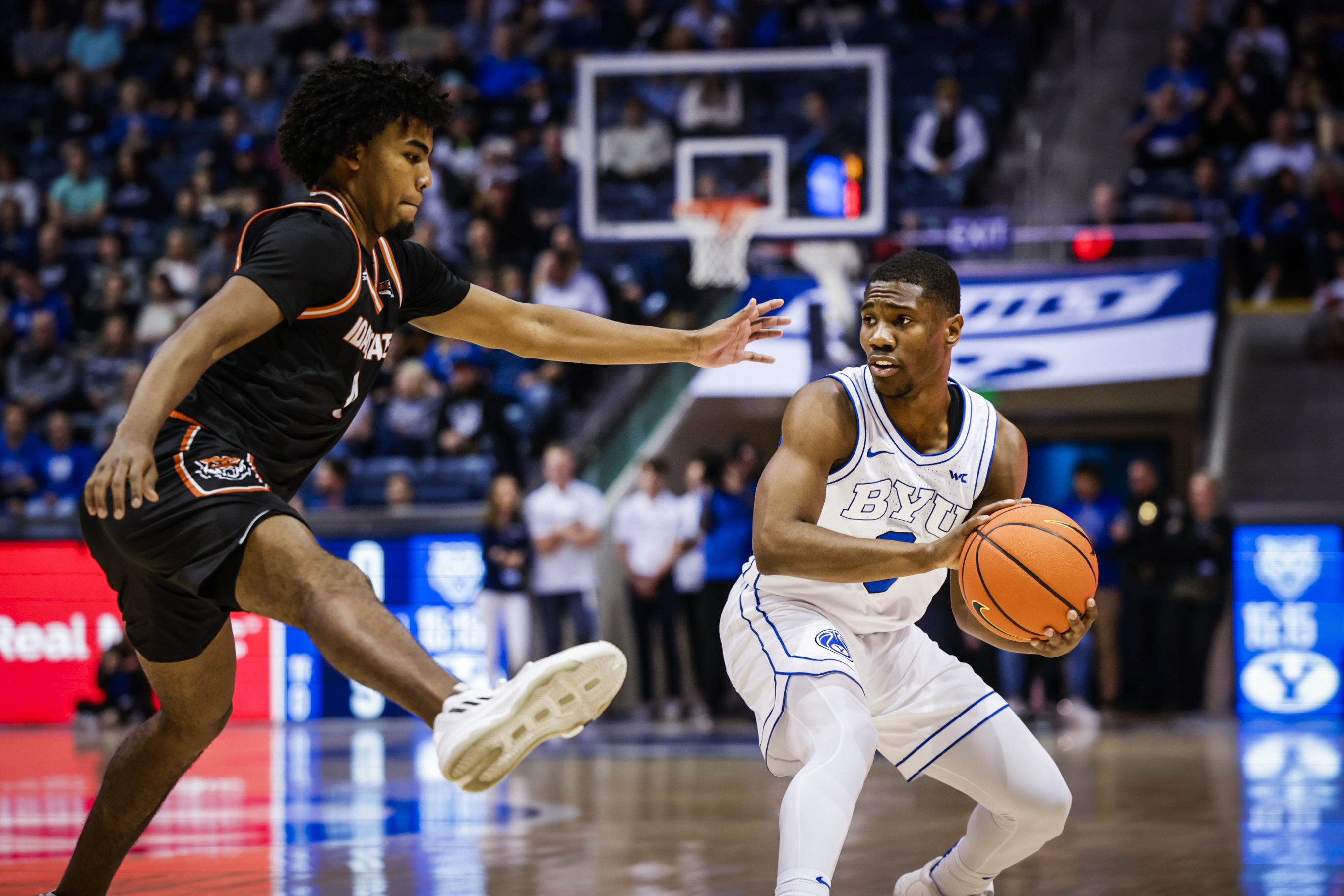 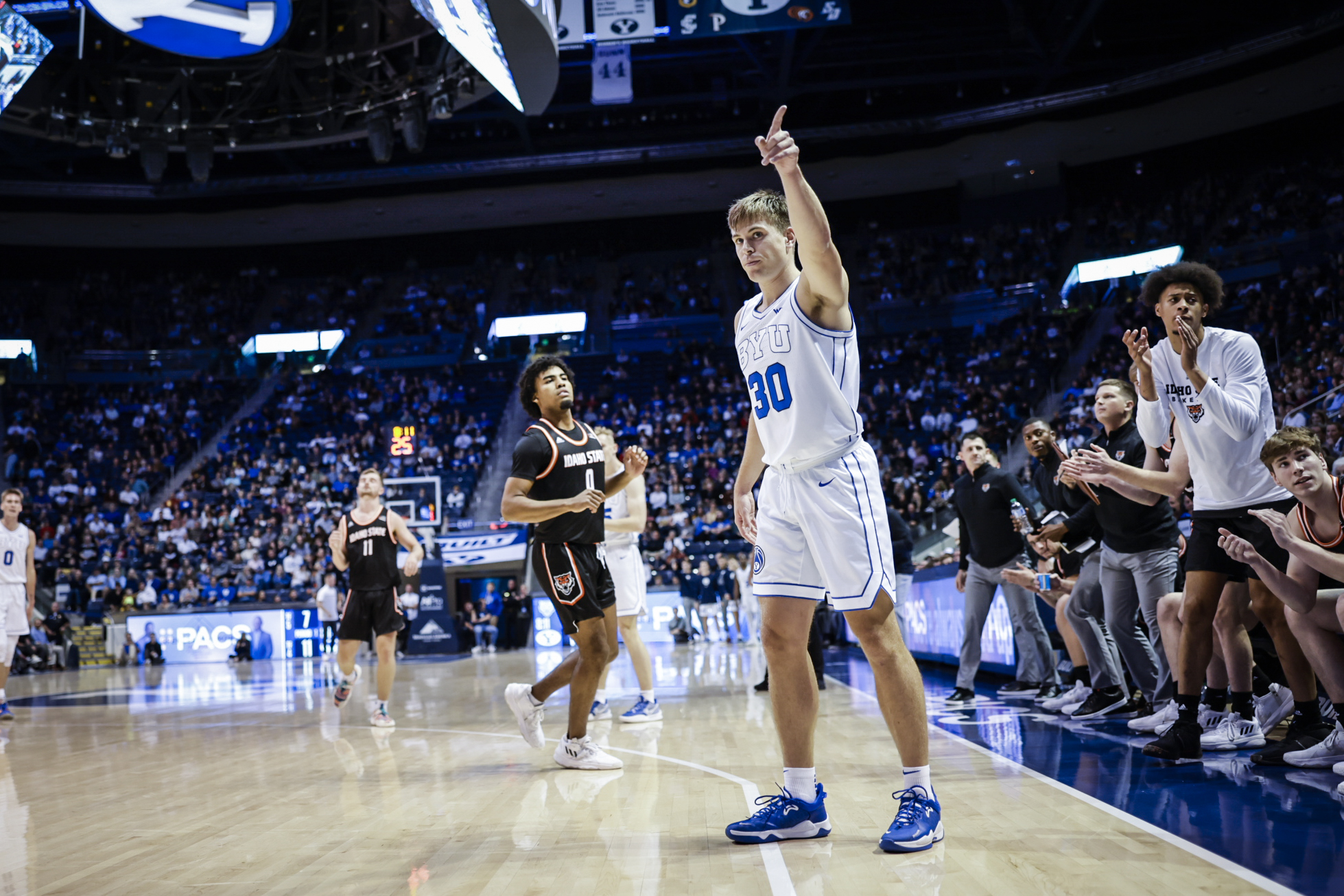 PROVO, Utah — With 10 seconds to go, first-time starter Spencer Johnson hit a step-back three to help the Cougars secure a season-opening win, 60-56 over the Idaho State Bengals on Monday night at the Marriott Center.

“Every athlete dreams about that moment and very few people get the chance to do it in front of this crowd,” said BYU head coach Mark Pope. “What most people don’t know is that moment has been 10 years in the making. He is so hungry to be a great player, and there was never a moment where he stopped pushing. So, when you put all that work in, and get your first start in a game like this, you are ready.”

Johnson’s only attempt from three was the one that mattered as it gave the Cougars a two-point lead with nine seconds remaining. The junior went 4-of-7 from the field with six rebounds and two steals in his first collegiate start in 975 days.

Mark Pope’s 2022-23 squad shared the rock in the season opener as Fousseyni Traore, Spencer Johnson and Gideon George all finished in double figures for BYU in the win.

Traore led the team with 15 points on 5-of-9 shooting while also grabbing 11 boards to record his first double-double of the season, the 10th of his young career. Seven of the eleven rebounds came off the offensive glass which matches the most offensive rebounds by a BYU player in a season-opener, tying Russell Larson who grabbed seven offensive boards at Utah State on November 26, 1991.

The Cougars created 22 Bengal turnovers with 12 coming by way of steals. Johnson, George, Jaxson Robinson and Dallin Hall each snagged two steals on the night with Rudi Williams, Noah Waterman, Richie Saunders and Traore each recording steals of their own. BYU scored 23 of its 60 points off ISU turnovers which helped the Cougars move to 1-0 on the season.

Rudi Williams knocked down the first three of his BYU career to open the scoring for the Cougars just 37 seconds into the game. Traore’s put-back layup followed by a George jumper opened up a 7-0 BYU advantage.

A fast break layup from Spencer Johnson extended the lead to nine before the Bengals scored their first points with 14:13 remaining in the first half.

The Cougars went scoreless for almost seven minutes but maintained a 2-point lead as the BYU defense forced four turnovers before Noah Waterman scored his first points on a driving layup with a kiss off the glass.

After the Bengals cut the Cougar lead to one with 6:50 left in the first, Richie Saunders’ first collegiate points again stretched the lead to three.

After ISU tied the game with a fast-break three, consecutive BYU buckets from George and Traore retook the lead for the Cougars, 23-19. Jaxson Robinson finished the half with back-to-back steals finishing them off with a layup and an emphatic fast break slam to give BYU a 27-22 lead going into the break.

Dallin Hall scored his first collegiate points on a driving layup to cut the ISU lead to one with 13:31 left in the second half.

Idaho State would extend the lead to eight with 10:52 left to play before two Atiki Ally Atiki free throws and a Dallin Hall layup cut it to four. Hall found Traore for an and-1 bucket with 7:21 left which he converted to trim the Bengal lead to two.

Idaho State held a 3-point lead at the under-4 media timeout and added two more by way of the charity stripe to lead 53-48 with 3:16 remaining.

Off a Hall steal, the freshman found George for a pull-up three to cut the deficit to two with 2:39 to play. Traore tied the game with 59-seconds left on a put-back floater.

After Hall fouled ISU’s Miguel Tomley who went 1-2 from the line giving the Bengals a one-point lead with 21-seconds left, Spencer Johnson hit a step-back three from the left wing to put BYU up two with 11.6 seconds to go.

On Idaho State’s final possession, Tomley got to the rim, but George came from the weak-side to alter the shot with Johnson corralling the rebound with 1.6 seconds. After being fouled, the first-time starter made both free-throws to give the Cougars a four-point advantage and all but seal the season-opening win.

BYU will return to the court on Friday night as they visit the No. 19 San Diego State Aztecs at 7:30 p.m. PST at Viejas Arena. The game will be streamed live on the Mountain West Network as well as broadcast  live on BYU Radio and the BYU Sports Network KSL 1160 AM/102.7 FM. 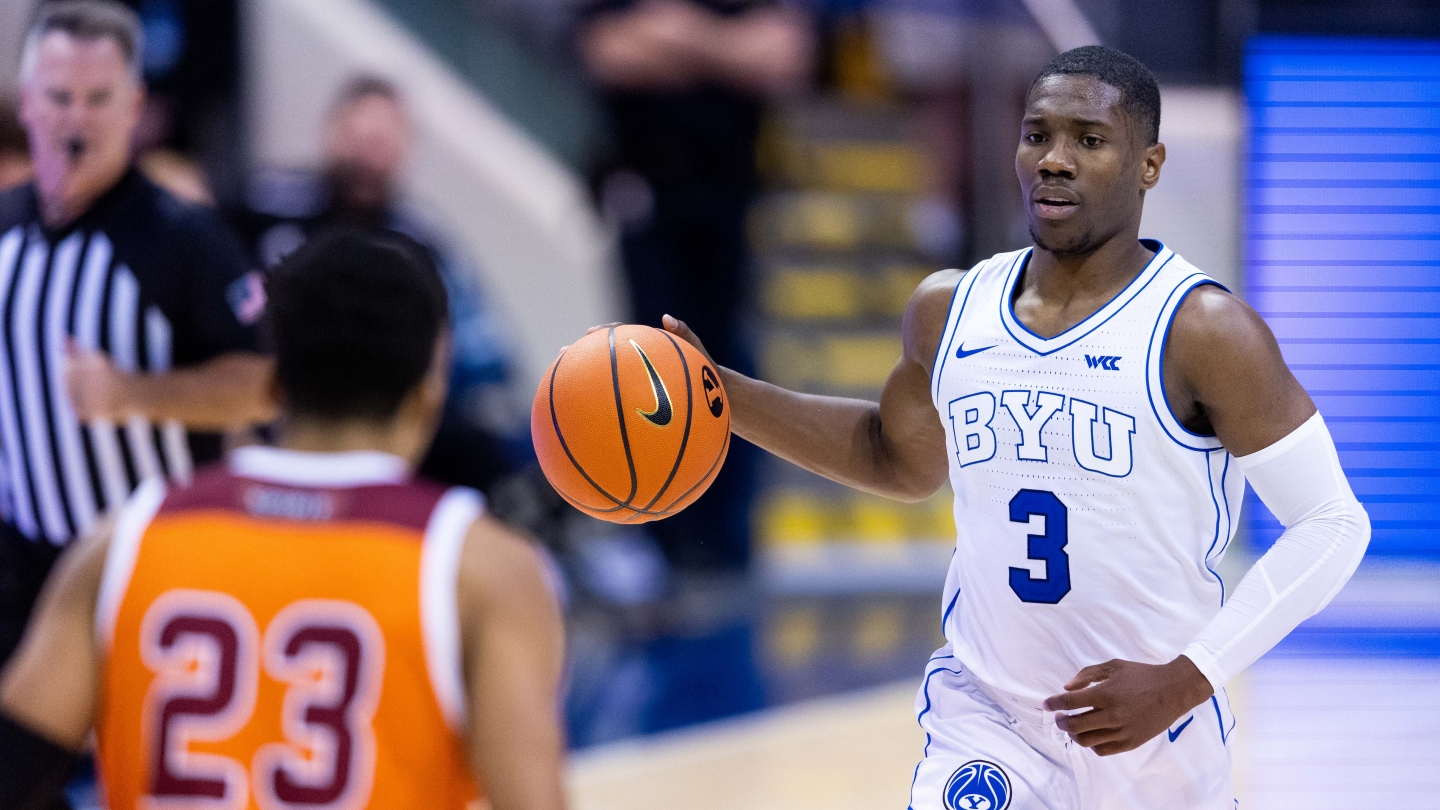 PROVO, Utah — The 2022-23 men’s basketball season gets underway on Monday, Nov. 7, when BYU hosts the Bengals of Idaho State inside the friendly confines of the Marriott Center. Tip is scheduled for 7 p.m. MDT.

Monday’s season opener will be broadcast on BYUtv. Greg Wrubell and Mark Durrant will also be on the call on the BYU Sports Network on BYU Radio Sirius XM 143 and KSL 102.7/1160 AM.