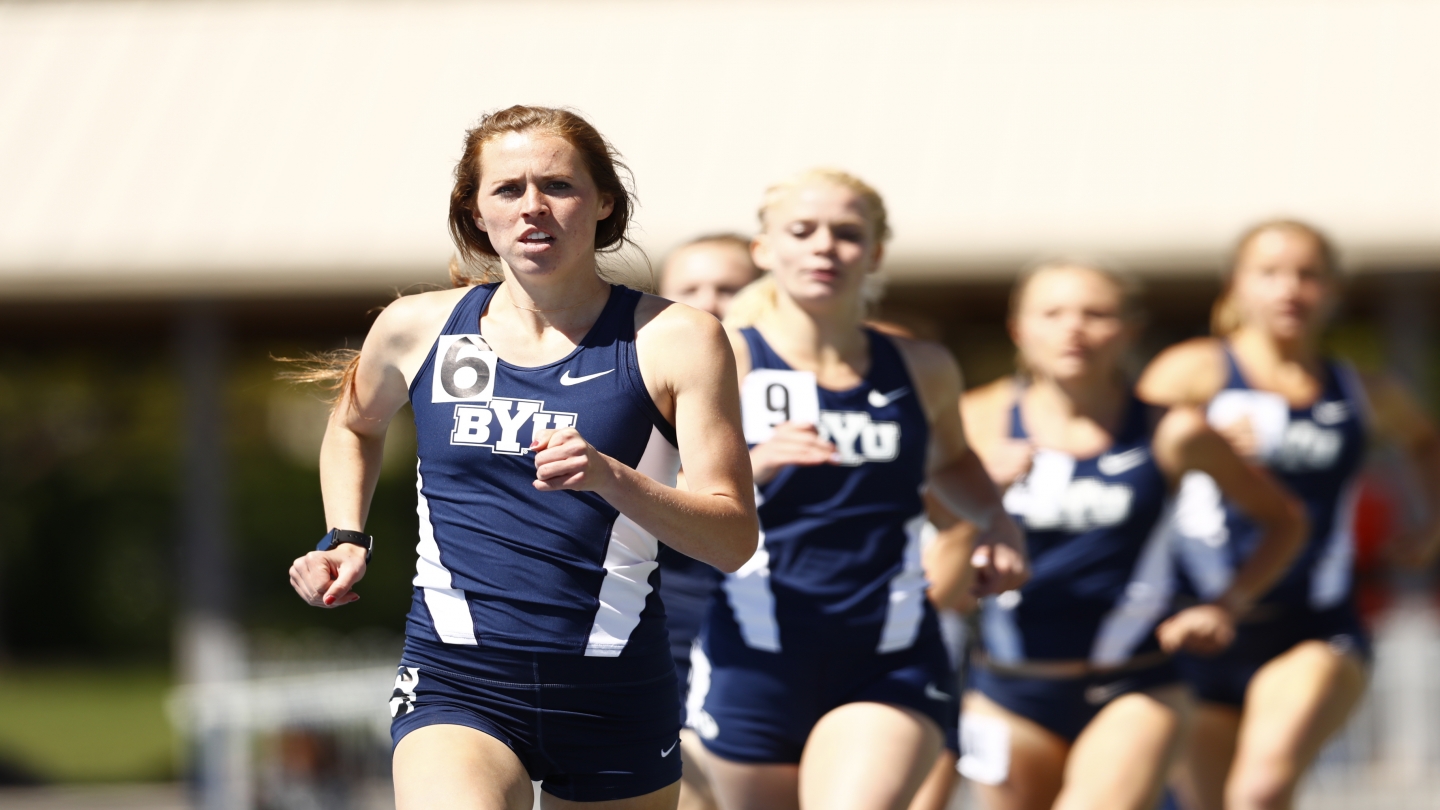 TORRANCE, Calif. – BYU track and field competed in three various meets this past week in California and returned home with more than 20 athletes earning or solidifying potential regional qualifying marks.

“It was an outstanding three days for us and all of our groups did amazingly well,” BYU head coach Ed Eyestone said. “It was a long three days, but the number of regional qualifiers we have at this point rivals what we’ve had in the past. Now we’ll just keep building on it from here until the NCAA West Prelims.”

Connor Weaver (29:24.08) and Michael Ottesen (29:32.11) got things started for the Cougars at the Mt. SAC Relays after running career-bests in the 10000m. Both runners’ times put them in contention to be in the top-48 marks in the region and qualify for the NCAA West Prelims.

Alyssa Dalton clocked a 13.62 competing in the 100m hurdles for the first time this season and has already put herself in contention to qualify for regionals. Dalton also ran on the women’s 4X400 relay team with Cassidy Pinnock, Lauren Rawlinson and Ellie Heiden-Quackenbush that earned a potential regional-qualifying time with a season-best 3:38.34.

The BYU men’s team increased its number of athletes in position to qualify for regionals in the 3000m steeplechase to eight after Cade Perry ran a career-best 8:58.43 at the Bryan Clay Invitational. The women’s team increased their number to four possible regional qualifiers in the 3000m steeplechase after Olivia Hoj (10:20.53) and Emma Gee (10:24.33) ran career-bests at the Bryan Clay Invitational.

Ashleigh Warner solidified her regional-qualifying position in the 5000m at the Bryan Clay Invitational with a career-best 15:59.95. Finishing soon after Warner, Maddie Cannon put herself into position to also qualify for regionals in the 5000m with a personal-best 16:22.09.

Freshman Ashton Riner solidified her position to qualify for regionals with a career-best 50.94m in the javelin at the Beach Invitational. With this throw, Riner moved up to No. 4 on BYU’s all-time records in the javelin, beating her previous personal-best of 48.13m.

Jefferson Jarvis earned a personal-best in the shot put with a toss of 18.25m to solidify his qualification for regionals at the Beach Invitational on Saturday. It was the second time Jarvis improved his qualifying position this past week after he threw for 17.56m on Thursday at the Pacific Coast Intercollegiate.

The Cougars will return home and host the Robison Invitational April 26-28 at the Clarence F. Robison Track and Field Complex in Provo, Utah.