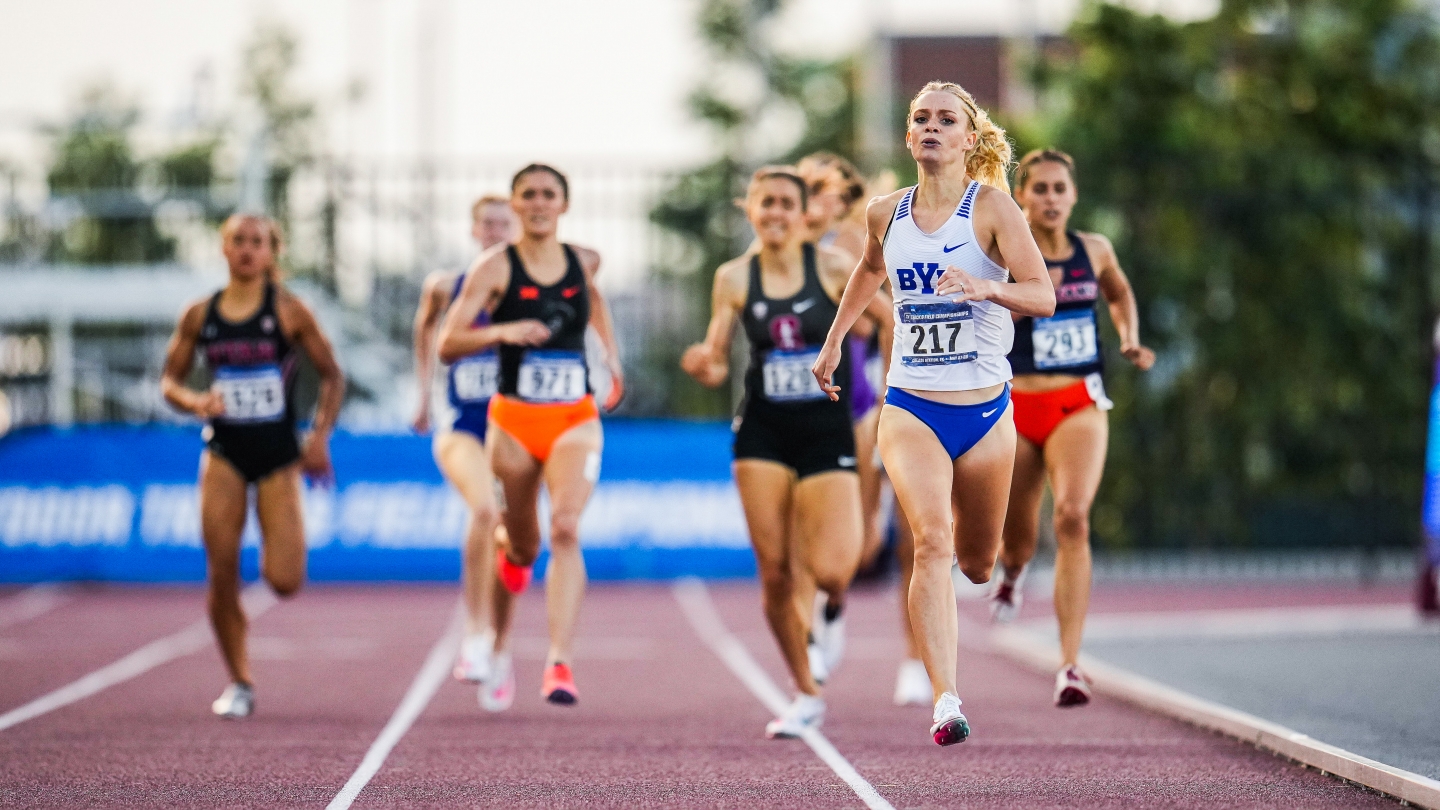 COLLEGE STATION, Texas – BYU track and field had eight women’s distance runners advance to their respective quarterfinals on the second day of the 2021 NCAA West Preliminary Round at E.B. Cushing Stadium on Thursday.

The Cougars had a total of six runners advance to Saturday’s 1500m quarterfinals. All-American Whittni Orton recorded the fastest time of the day while winning her heat with a 4:16.16. All-Americans Anna Camp-Bennett (4:18.68), Olivia Hoj Simister (4:18.85) and Lauren Ellsworth-Barnes (4:21.45) each finished in the top five of their heats to automatically qualify for the next round while All-Americans Simone Plourde (4:18.95) and Kate Hunter (4:21.03) advanced based on their times.

A little more than an hour after racing in the 1500m, Camp-Bennett doubled in the 800m and clocked a career-best 2:02.83 to advance in the event. Running the fastest time of the day, she broke the facility record at the recently built E.B. Cushing Stadium and recorded the fifth-fastest outdoor 800m in program history.

The BYU women’s team had a number of athletes compete on Wednesday that did not advance to the next round of their respective events.

The javelin throwers opened the competition for the women’s team. Throwing into a strong headwind, All-American Ashton Riner recorded a throw of 46.50m/152-7, Payge Jauhiainen had ended with a toss of 46.44m/152-4 and Libby Parkinson finished with a mark of 45.83m/150-4.

Sierra Freeland and Gretchen Hoekstre both had strong outings in the women’s shot put. Freeland finished with a mark of 15.66m/51-4.5 and Hoekstre had a toss of 15.20m/49-10.5. Hoekstre will have another opportunity to advance to the national meet on Saturday in the discus.

The BYU men’s team will return to action on Friday, May 28 and the women’s team will wrap up competition on Saturday, May 29. Tomorrow’s field events will begin at 1 p.m. CDT and the track events will start at 5:30 p.m. The meet will be streamed on SECN+ and team updates can be found on Twitter.