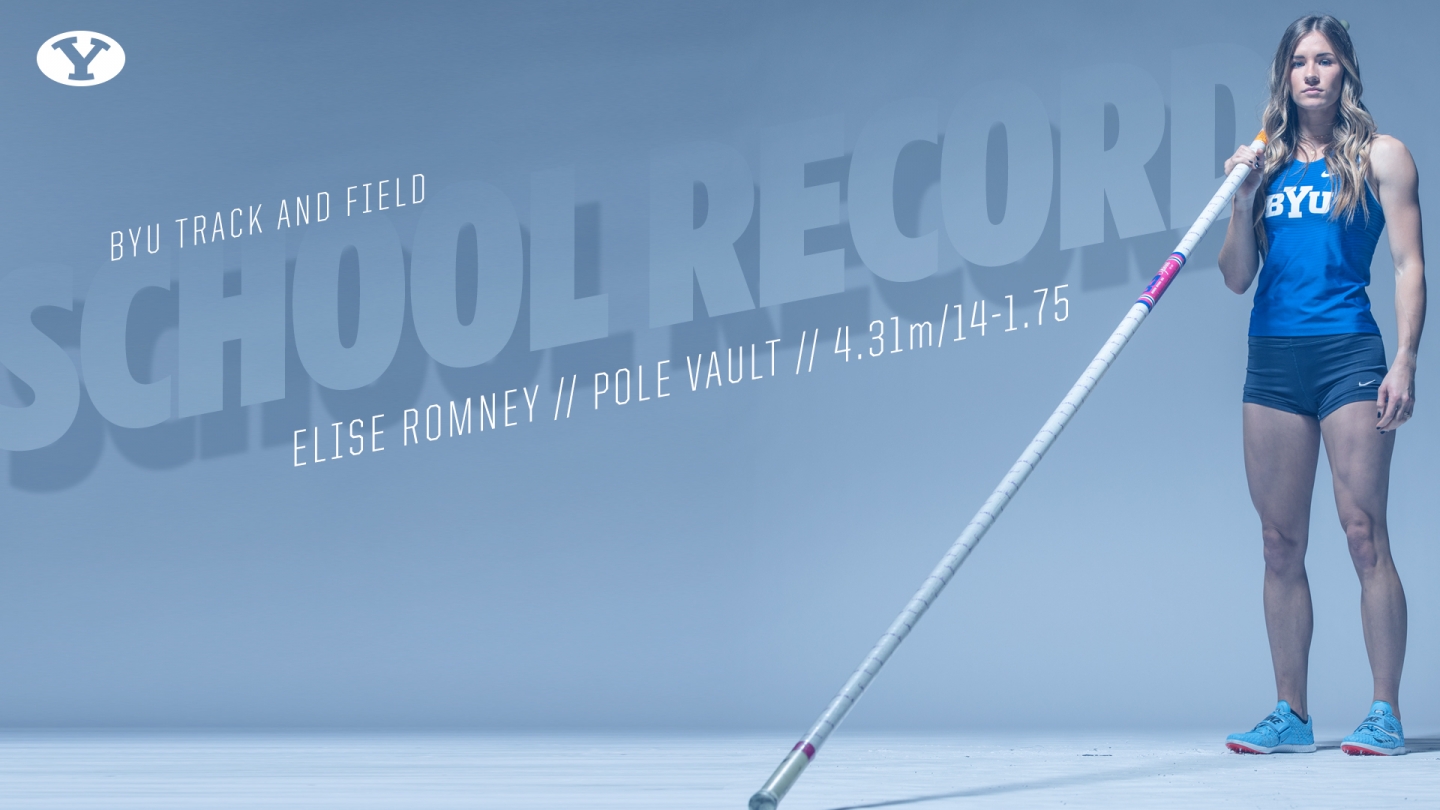 The weekend’s competition was headlined by Romney’s performance in the pole vault on Friday. Romney resided at No. 4 on the BYU all-time list before breaking the school record with a mark of 4.31m/14-1.75. The previous record (4.30m/14-1.25) was set by Christen Botteron Guenther in 2012.

Zach McWhorter also had a strong performance in the pole vault clearing 5.50m/18-00.50. This is McWhorter’s fourth meet clearing 18 feet and he is currently ranked fourth in the NCAA for his mark (5.61m/18-4.75) at the Dr. Sander Columbia Challenge.

Several Cougars had strong performances in the 400m on Saturday. Michael Bluth ran 46.79 to win the men’s 400m. Colten Yardley clocked 47.70 for a career best and third-place finish. On the women’s side, Lauren Rawlinson finished second with a season-best time of 56.70. McKenna Neyman (58.66) and Nicole Critchfield (college-best 58.77)  finished seventh and eighth, respectively, to round out the top 8.

Freshman Cierra Tidwell jumped 1.76m/5-9.25 for the third time this season to take first in the women’s high jump.

In the men’s 60m dash, three BYU athletes placed in the top four. Easton Bianchi won with a time of 6.88. Rickey Fantroy (6.90) and Andrew Stuart (7.06) placed second and fourth, respectively.

Bradina Anae placed fourth overall in the shot put after breaking the 12-meter mark for the first time this indoor season with a season-best throw of 12.11m/39-8.75. Talin Mortensen threw a personal-best mark of 15.41m/50-6.75 and finished fifth overall.

The 4x400m relay athletes rounded out Saturday’s competition in Boise with first-place finishes for both the BYU men’s and women’s A squads. Bluth, Landon Maxfield, Cortez Ruiz and Yardley ran 3:12.46 for a season-best time. Rawlinson, Hannah Nealis, Brinn Jensen and Ellie Heiden-Quackenbush clocked 3:49.26.

BYU track and field will return to Seattle next weekend to compete in the Husky Classic, along with the Texas Tech Shootout in Lubbock, Texas. Both meets will begin on Friday, Feb. 14 and conclude on Saturday, Feb. 15.

Official results for the Jackson's/Nike Boise Indoor Invite can be found, here.