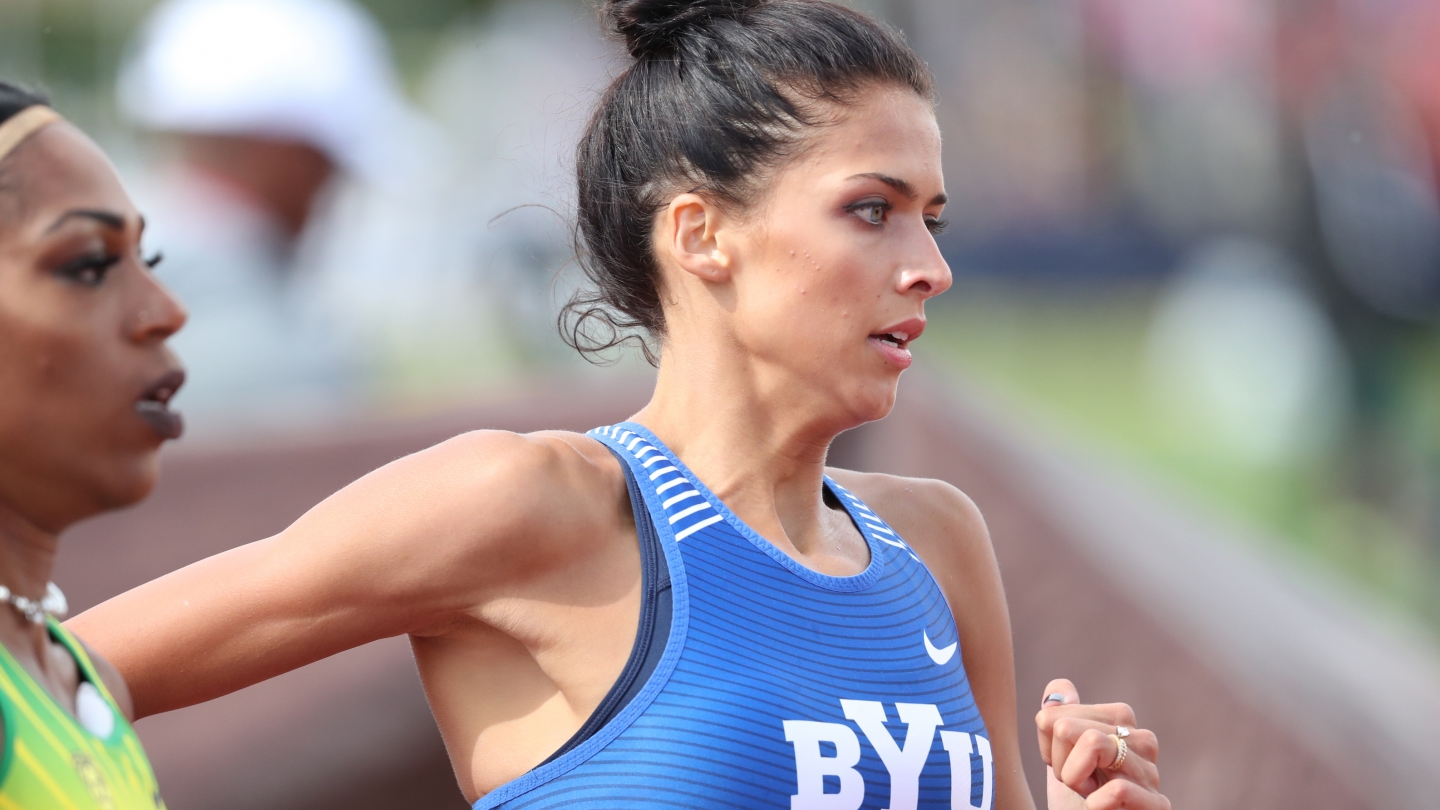 "Shea had a good strategy and kept the pace honest, which she did fearlessly, to try to win and not just give it up," BYU head coach Ed Eyestone said. "She fought very well all the way to the finish. She showed some real grit and I was super pleased with her performance."

"She executed the race plan perfectly," Taylor said. "She raced for the win and that was the best way for her to walk away with no regrets. She ended her career with a great time, great finish, and went out repping the Y the best way possible. I'm extremely proud. She had a great indoor season and a great outdoor season, and it was nice to see it end so well."

"Andrea did an amazing job clearing on the third attempt after a couple misses early on," Eyestone said. "On the third attempt, you really got to rise up and dig down deep, and she looked good. She didn't get the final clearance she wanted, but she battled through. That was a valuable experience that will translate into success next year. She had a phenomenal year that culminated at the NCAA championships. Congratulations to her."

An official list of BYU first-team and second-team All-Americans will be released by the USTFCCCA next week. See the table below for results from the entire meet.