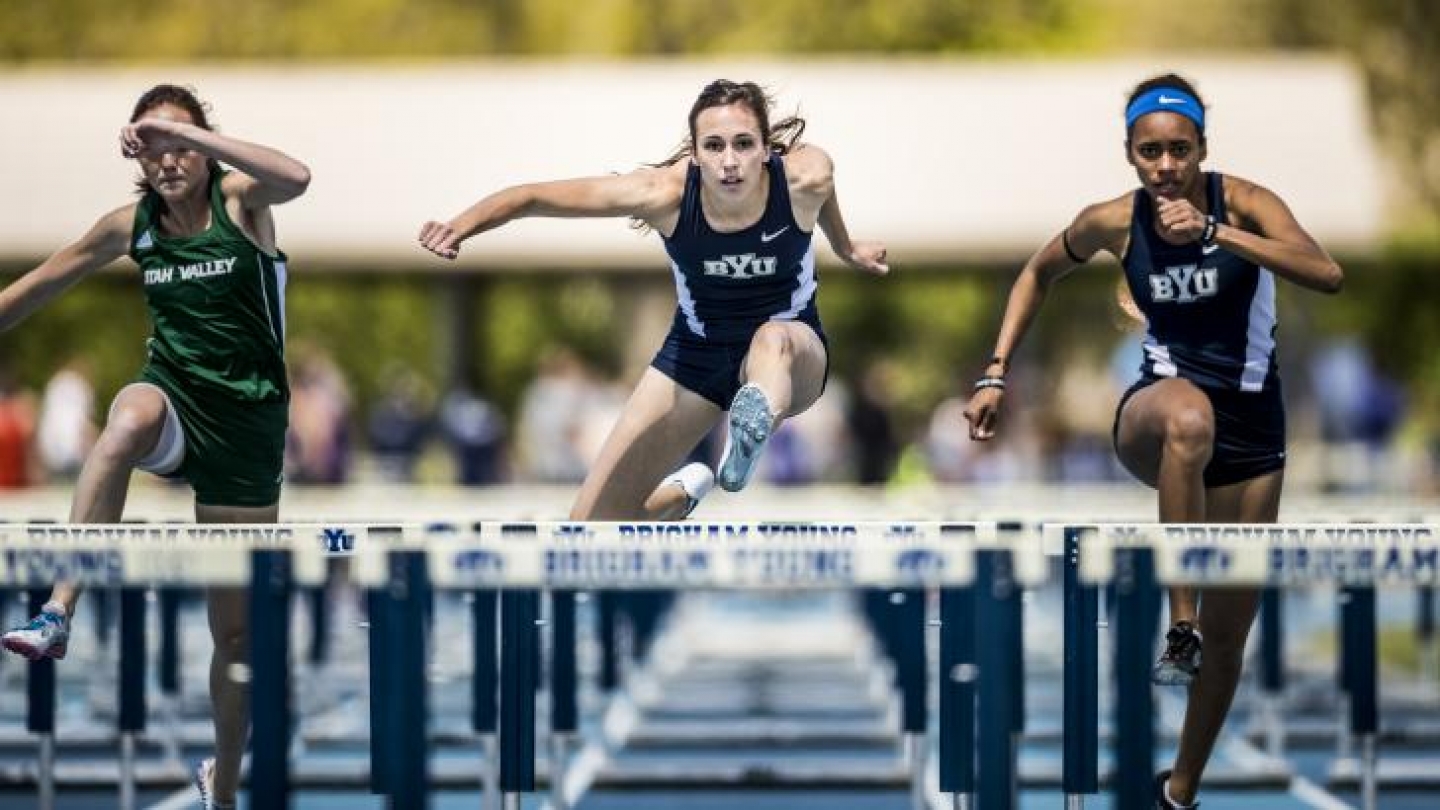 LOS ANGELES – After competing in two meets in Southern California, the BYU track and field team had strong performances across the board. Korey Smith highlighted the Occidental Invitational with a career-best time in the 400m hurdles.

“Korey Smith had a great performance in the 400m hurdles. His time will set him up well in the regional meet and probably put him in the top-20,” BYU head coach Ed Eyestone said. “Overall it was a great weekend between the two meets with qualifying marks coming from a lot of our athletes.”

Smith ran a time of 50.78 seconds in the 400m hurdles to take third overall. His time is seven one-hundredths faster than his previous personal record of 50.85.

The Oxy Invitational was also highlighted by the various field and mid-distance events the BYU athletes participated in.

The athletes also had strong performances in the men’s and women’s pole vault with senior Nicole Naatjes coming in third and junior Kylee Trageser in sixth for the women. Sophomore Raul Rios had a mark of 15’ 11” (4.85m) to take first overall in the men’s pole vault.

Tatenda Tsumba continued to compete strongly in the sprints taking second in men’s 100m and second in 200m.

Clayton Shumway now leads the team with the fastest 3000m steeplechase time of 8:47.18. Shumway’s time placed him second overall at the Oxy Invitational.

Laura Young placed second in women’s 5000m with a career-best time of 16:10.51 and the potential to qualify for regionals.

At the Payton Jordan meet in Palo Alta, California., the track and field team had competitive performances in the distance and mid-distance races with Clayton Young and Rory Linkletter taking fourth and eighth in the men’s 5000m run.

Eyestone said the times from Young and Linkletter should hold them in the top to make it to the regional meet.

For a full list of results at the Occidental Invitational, click here. Results of the Payton Jordan Invitational can be found here.

The team will host their second meet of the season, the BYU Last Chance Meet, on Friday, May 12 and Saturday, May 13.

This will be the final meet before regionals and allow some of the athletes to run times or place marks within the regional qualifying numbers.