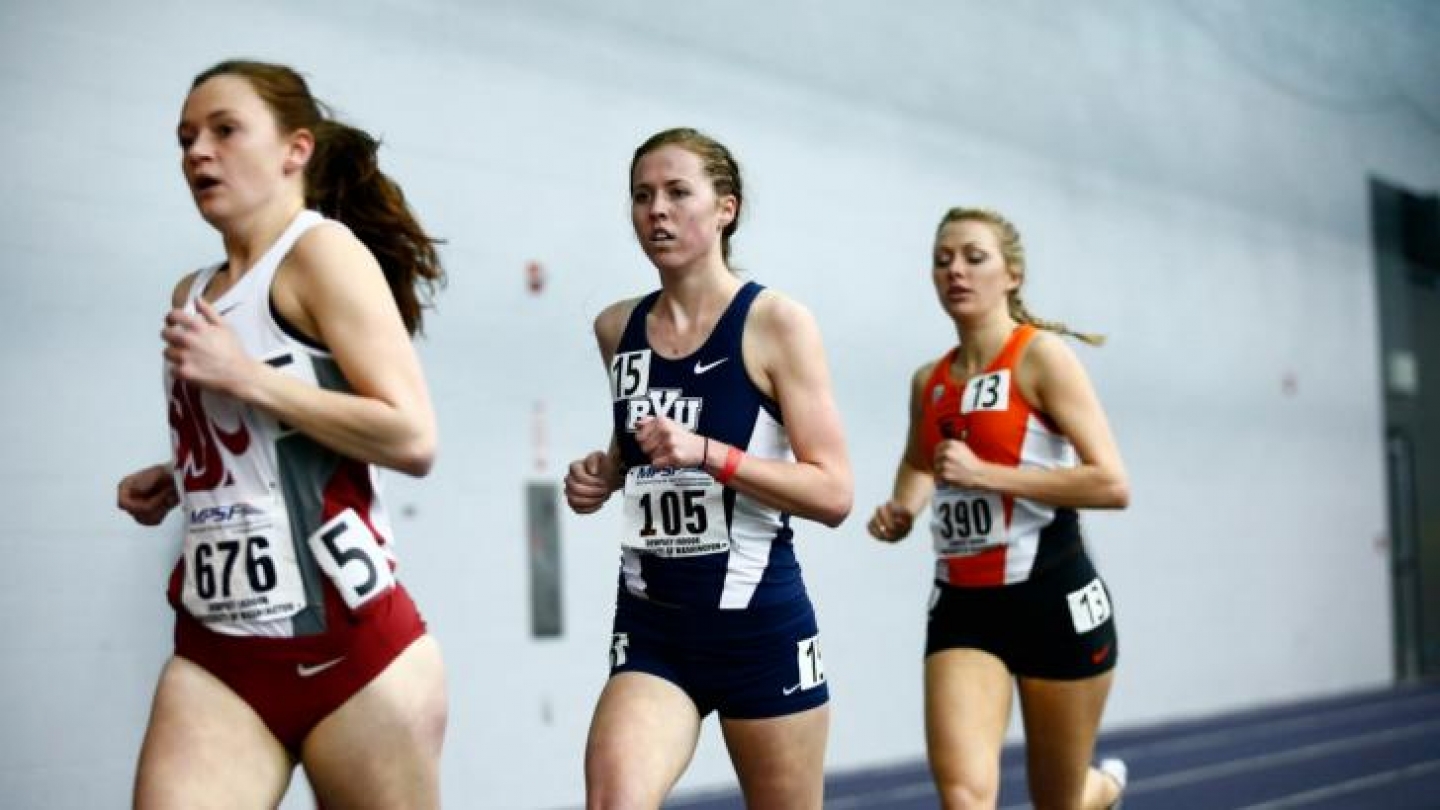 PROVO, Utah — BYU track and field will head to Seattle this weekend to compete at the University of Washington Invitational. The meet will begin on Friday, Jan. 27, and finish on Saturday, Jan. 28.

This will be the first time the team will be bringing members to compete in a majority of the events. The team will be competing in events such as distance, throws, sprints and jumps.

One of the two 2016 Pugsley Award Winners Shea Collinsworth will make her debut for the first time this indoor season in the 800-meter.

“We are anticipating Collinsworth’s performance this weekend. She’s been looking great at workouts and we are expecting a big opener from her,” Eyestone said.

Collinsworth ended last years’ indoor season with a time of 2:06.57 in the 800-meter run, taking second place overall at the Indoor Championships. She currently holds the time for fourth fastest all-time at BYU in the indoor 800-meters with a time of 2:04.38.

Sophomore Erica Jarvis, an All-American from the 2016 cross country season, will also be a big competitor in women’s distance. Jarvis helped lead the women’s cross country team to 10th place nationally in the 2016 season.

Eyestone said they are looking forward to Andrea Stapleton’s performance as well because of the stand-out mark she jumped last week in the high jump. Stapleton had a mark of 6’ 0.50” (1.84m) last weekend, making that the first time she hit 6-feet in her career.

Senior Chase Horrocks will be opening up with mile race this weekend. Horrocks finished his 2016 indoor season placing 11th at the Indoor Championships with a time of 4:08.09.

Eyestone said they are excited to see Abraham Alvarado make his debut in the 800-meter run and hoping he gets a mark close enough to the NCAA qualifying time. Alvarado is a Junior College transfer from Cal State Stanislaus and will be competing with the team for the first time this weekend.

There will be a large group of men competing in the men’s 3,000-meter run, including sophomore Clayton Young. Young’s time of 7:56.95 is currently leading the nation after last weekend’s meet at home. Eyestone said Young will be hoping to improve that time and hold that spot in Seattle.

Nicolas Montanez, Rory Linkletter and Jonathan Harper will also be joining Young in the 3,000-meter. This will be the first time these men compete in a distance run since their cross country season came to an end.