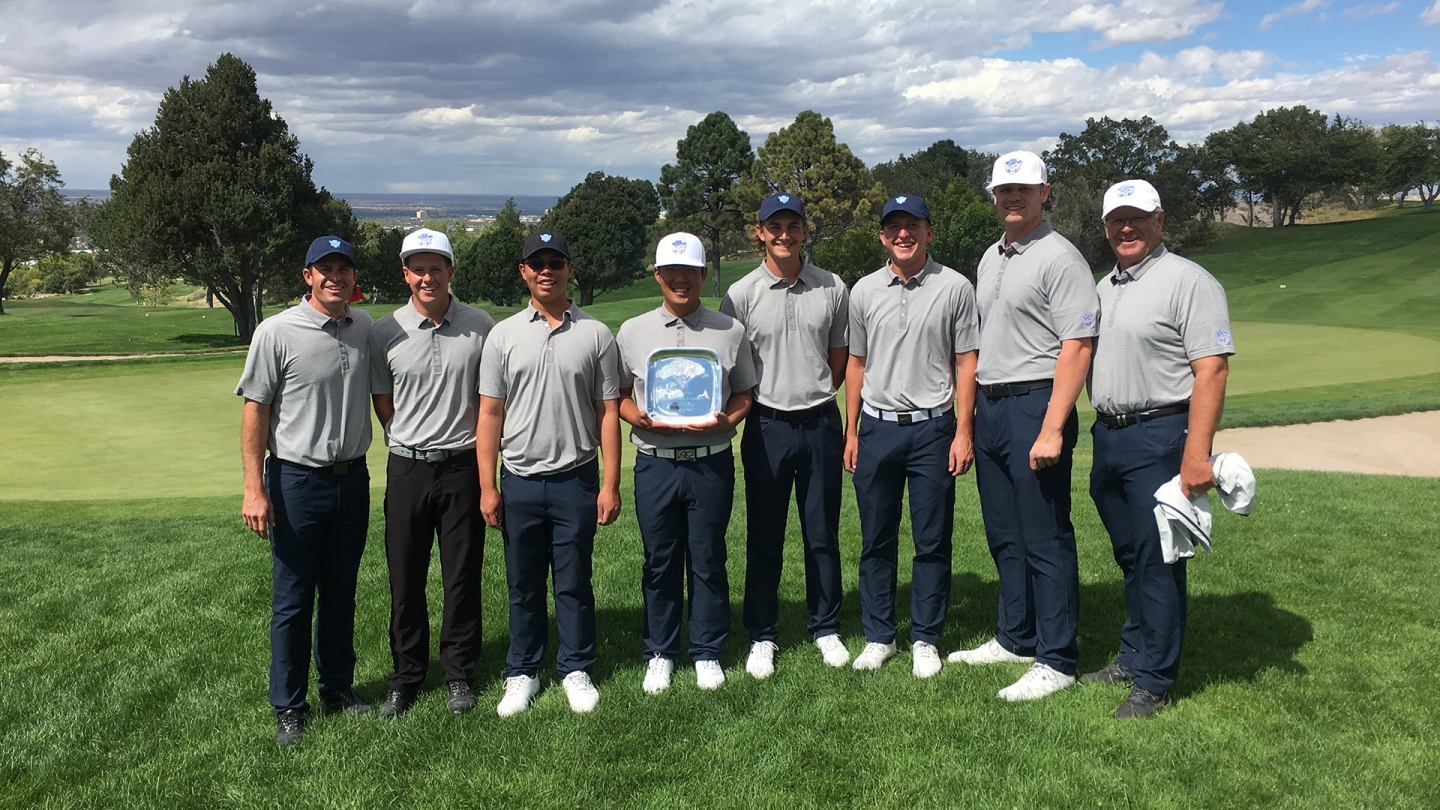 ALBUQUERQUE, N.M. — BYU men’s golf placed first at the William H. Tucker Invitational after a late surge on Saturday at UNM South Golf Course. The Cougars shot 7-under through the last nine holes to secure the top spot on the leaderboard.

“Today was something else,” BYU head coach Bruce Brockbank said. “It was an all-out team performance. With nine holes to go, there were five or six teams who could have won, but the guys came together and took control. It was quite amazing.”

The Cougars fired 284-302-287 to edge Washington and win the tournament at +9. BYU men’s golf tied for the lowest team round of the day with Colorado, shooting 1-under in round three.

Peter Kuest carded 66 and eagled the last hole to help the Cougars claim the victory. Along with the eagle, the sophomore birdied five holes to shoot 6-under on Saturday. Kuest recorded a second-place individual finish at the William H. Tucker Invitational.

Patrick Fishburn fired 70-75-70 to shoot 1-under over his three rounds. Fishburn shot 34 on the back nine on Saturday, birdying holes 12, 13 and 15. The senior tied for fifth place overall.

Carding 39-37, CJ Lee shot 76 in the final round of the William H. Tucker Invitational. Lee finished the tournament at 7-over, tying for 27th place.

Rhett Rasmussen birdied two of his last three holes to shoot 75 in the final round on Saturday. Rasmussen tied for 34th place and ended the event at 8-over.

"Peter (Kuest) had an incredible round today, " Brockbank said. "Patrick (Fishburn), CJ (Lee) and Rhett (Rasmussen) also all had great rounds today. We finished with some great up and downs."

The Cougars will continue their fall season on Oct. 2-3 as they travel to Fresno, California, to participate in the Nick Watney Invitational. BYU men’s golf placed first at the Nick Watney during the 2016-17 season.