Game 19 - Cougars and Aztecs to Battle in MWC Contest 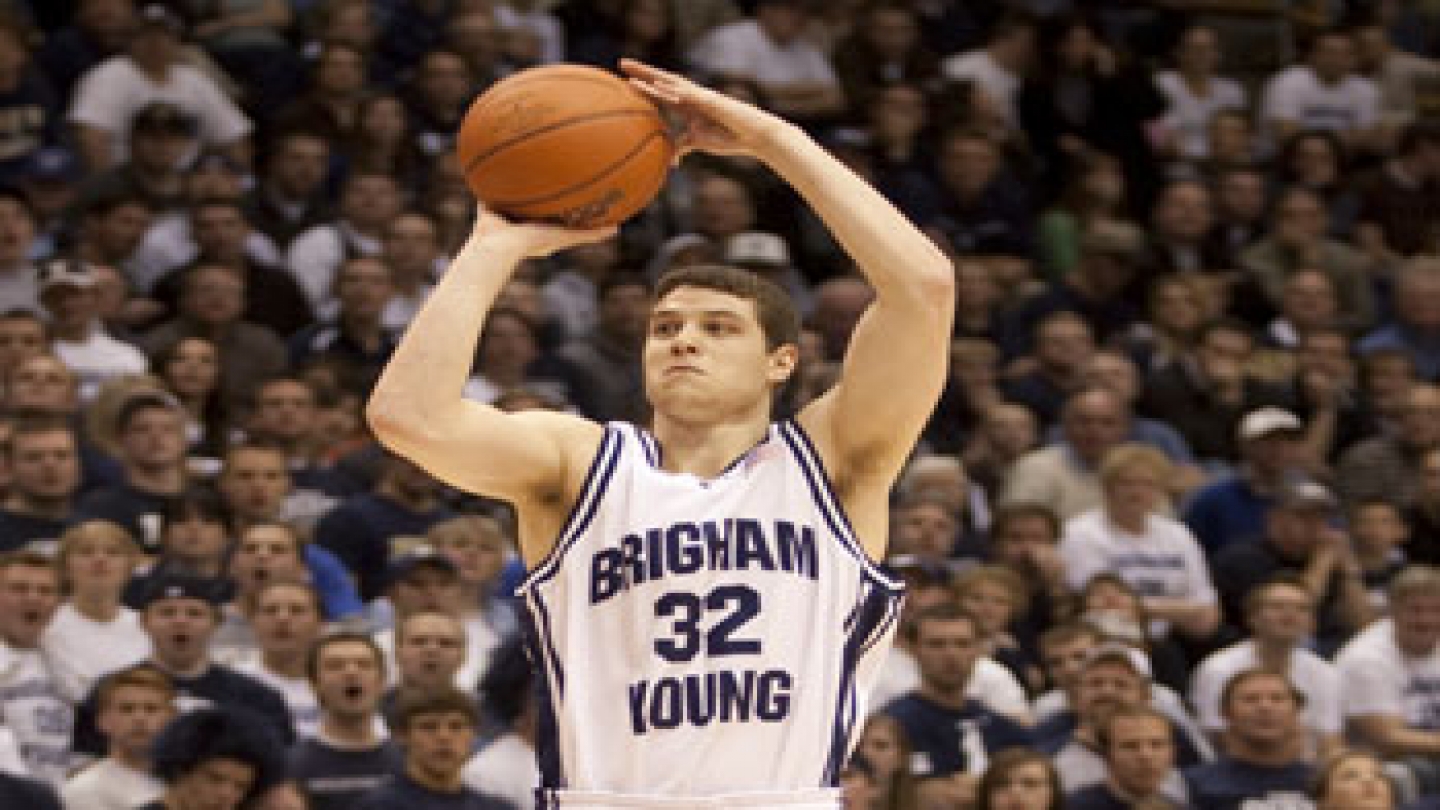 Cougars Look to Bounce Back Against San Diego State

BYU (14-4, 2-2) will look to get back on track after back-to-back conference losses when the Cougars host San Diego State (13-4, 3-1) on Saturday in the Marriott Center at 7 p.m. The Cougars will aim to regain their home-court dominance in MWC play after suffering their first home conference loss — Dave Rose’s first since becoming head coach — since 2005. The Cougars have won three-straight in the Marriott Center against the Aztecs. Saturday’s game can be heard live on the radio beginning with the pregame show at 6 p.m. MT on KSL Newsradio 102.7 FM and 1160 AM out of Salt Lake City or via the Internet at KSL.com. The game will be televised live on The Mtn.

BYU will play in-state rival Utah on Tuesday, Jan. 27, at the Hunstman Center at 8 p.m. MT. BYU owns a four-game winning streak over the Utes including a 67-59 win in Salt Lake in 2008. Follow the game on www.byucougars.com and listen live on the radio beginning with the pregame show at 7 p.m. MT on KSL Newsradio 102.7 FM and 1160 AM out of Salt Lake City or via the Internet at KSL.com. The game will be televised live on The Mtn.

San Diego State is 13-4 overall and 3-1 in MWC action this season, including an 81-76 home win over New Mexico on Jan. 21. The Aztecs were picked to finish third in the conference in the preseason poll and are currently tied with Utah for second. San Diego State has conference wins over Air Force, Utah and New Mexico and its lone loss in MWC action came at Wyoming. The Aztecs average 69.2 points per game and shoot 44.5 percent while limiting opponents to 58.5 points (first in the conference) and 42.1 percent shooting from the field. San Diego State is first in the league in steals (8.3 per game), turnover margin and is third in rebounding margin. Kyle Spain leads the team in scoring (15.8) and three-point shooting (36 makes on 42.9 percent shooting). He is second in rebounds per game (5.2) behind Tim Shelton (5.6). Lorrenzo Wade is second on the team in scoring (11.8) while Richie Williams leads the Aztecs in assists (3.8 per game) and steals (2.1 per game). San Diego State is coached by Steve Fisher who has a 160-134 record (10th season) with the Aztecs and a 344-216 career mark (18th season).

Lorrenzo Wade made four free throws in the final 34 seconds to seal the win. He finished with 17 points.

The Lobos trailed 66-53 with 16:13 left before rallying in the final minutes.

Including a career-high 36 points against Long Beach State and performances of 30 points against Weber State, 28 against Cal Poly and 26 at Tulsa, Lee Cummard now has 307 total points for the season and 1,320 for his career. He is now 16th all-time in scoring in BYU history and is 18 points from passing Marty Haws for 15th all-time.

Junior forward Jonathan Tavernari is fast approaching the 1,000-point club. Coming into the season he had 640 career points and with 314 points so far this season and 954 for his career, Tavernari is now 46 points from reaching 1,000 for his career.

With three treys against UNLV junior forward Jonathan Tavernari has 165 career threes, including 48 this season. He started the season with 117 and has passed Andy Toolson (141) and Mike Rose (163) and is now second all-time in school history in made threes. Tavernari also has 452 attempts from downtown, good for second all-time in school history. Lee Cummard has 136 threes for his career, six threes from passing Andy Toolson for fourth.

With 16 steals this season Lee Cummard has climbed to ninth all-time in BYU history in career steals with 115. Cummard had 16 as a freshman, 50 as a sophomore and 33 last season. He is two steals from passing Mark Bigelow for eighth all-time. Jonathan Tavernari is also climbing the list with 34 thefts this season — including a career-high tying five vs. UNLV — and 100 for his career. He is now 11th all-time at BYU in steals.

Under head coach Dave Rose the BYU men’s basketball has been known for its strong finishes in MWC action. Over the past three seasons the Cougars were a combined 9-6 in MWC games 1 through 5 and 30-3 in games 6 through 16 — 10-1 each season. So far this season BYU is 2-2 with game five coming up on Saturday against San Diego State at home. Rose is 41-11 (.788) in MWC action including 25-1 at home.