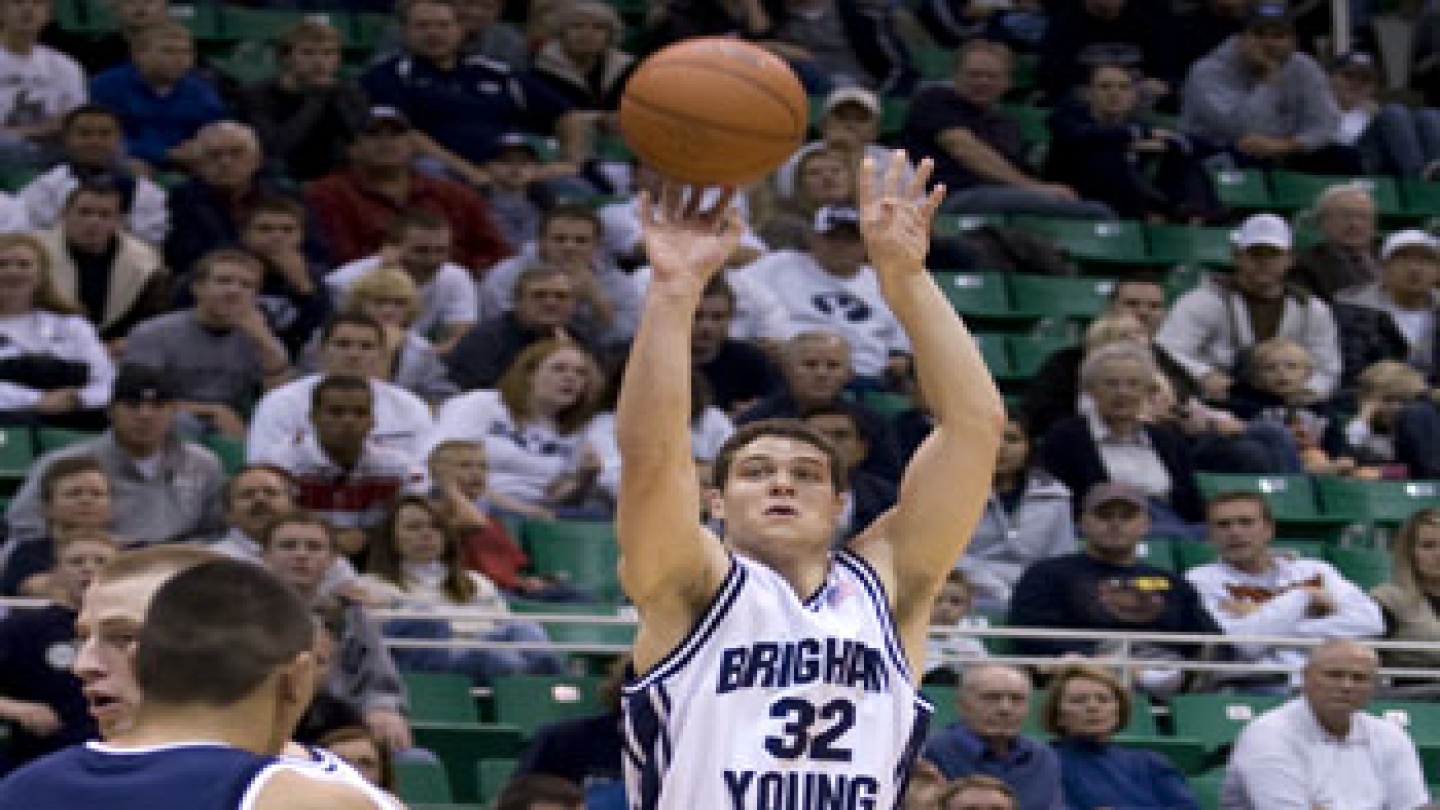 After ending nonconference action with an 85-64 home win against Western Oregon, 12-2 BYU will open MWC play at Colorado State (5-10) on Saturday at 1 p.m. The two-time defending league champion Cougars are off to their best start since the 1999-2000 season and their only losses this season have come against ranked foes Arizona State (No. 20) and Wake Forest (No. 6). BYU won the league with a 14-2 mark last season and a 13-3 record in 2006-07. The Cougars lead the all-time series against Colorado State 84-46. Saturday’s game can be heard live on the radio beginning with the pregame show at 12 p.m. MT on KSL Newsradio 102.7 FM and 1160 AM out of Salt Lake City or via the Internet at KSL.com. The game will be televised live on the The Mtn.

BYU returns to the Marriott Center for its MWC home opener against TCU on Tuesday, Jan. 13 at 8 p.m. MT. The Cougars will be looking to make it two-straight in the Marriott Center after their school record 53-game home winning streak was snapped by Wake Forest on Jan. 3. Follow the game on www.byucougars.com and listen live on the radio beginning with the pregame show at 12 p.m. MT on KSL Newsradio 102.7 FM and 1160 AM out of Salt Lake City or via the Internet at KSL.com. The game will be televised live on The Mtn.

Colorado State is 5-10 overall and 0-1 in conference play, coming off an 81-67 loss to TCU in the league opener for both teams. The Rams are in search of their first conference victory since the 2006-07 season after finishing 2007-08 with an 0-16 mark in the MWC. Guard Marcus Walker, the league’s leading scorer last season, is back and averaging a team-high 16.3 points per game. He is followed by forward Andy Ogide (9.9) who leads the team in field goal percentage (.539) and rebounding (7.0). Andre McFarland chips in 9.8 points per game and is the team’s leading three-point shooter, having hit 30-of-61 (.492) in 15 games. Willis Gardner, who exploded for a career-best 23 points in the TCU loss, averages 9.5 points per game while shooting 47.0 percent from the field. As a team Colorado State averages 70.7 points per game while allowing 71.5 points per contest. The Rams shoot 43.2 percent as a team and average 36.1 boards and 11.0 assists per game. Colorado State has recorded wins over Montana, Northern Colorado, New Orleans, Hawai’i and Vermont. Head coach Tim Miles is in his second year guiding the Rams and has a record of 12-35 at Colorado State.

Including a career-high 36 points against Long Beach State and performances of 30 points against Weber State, 28 against Cal Poly and 26 at Tulsa, Lee Cummard now has 250 total points for the season and 1,263 for his career. He is now 19th all-time in scoring in BYU history. Cummard is 22 points from passing Alan Taylor for 19th all-time.

Junior forward Jonathan Tavernari is fast approaching the 1,000-point club. Coming into the season he had 640 career points and with 259 points so far this season, Tavernari is now 101 points from reaching 1,000 for his career.

With two treys against Western Oregon Jonathan Tavernari has 156 career threes, including 39 this season. He started the season with 117 and has passed Andy Toolson for third place and is eight downtown makes from passing Mike Rose (163) for second. Tavernari also has 426 attempts from downtown, good for second all-time in school history. Lee Cummard has 133 threes for his career, now nine threes from passing Andy Toolson for fourth.