Game 13 - No. 6 Wake Forest Coming to the Marriott Center 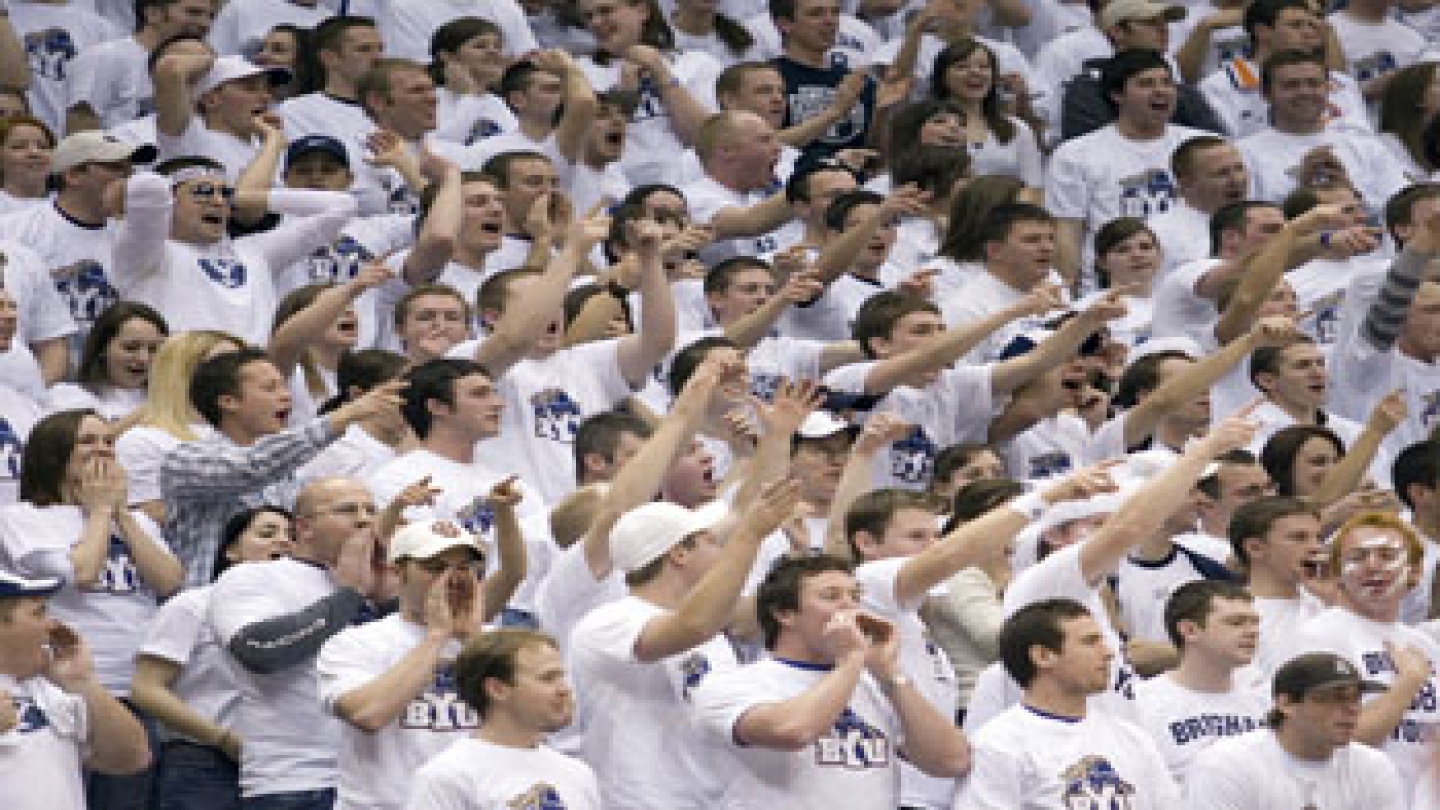 Live on The Mtn.

Coming off a 74-68 road win against Tulsa BYU (11-1) men’s basketball will look to extend its nation’s-best 53-game home winning streak when the Cougars face No. 6 Wake Forest (12-0) on Saturday at 6 p.m. MT. Saturday’s game is the first against a ranked foe in the Marriott Center since Feb. 3, 2007 when BYU defeated No. 25 UNLV 90-63. Wake Forest is the highest ranked nonconference team to ever play at the Marriott Center and the first top-10 nonconference team to visit Provo since 1984 when BYU defeated No. 7 Washington 84-75. The Demon Deacons lead the series 3-1 but Saturday is the first time the teams will play in Provo. Saturday’s game can be heard live on the radio beginning with the pregame show at 5 p.m. MT on KSL Newsradio 102.7 FM and 1160 AM out of Salt Lake City or via the Internet at KSL.com. The game will be televised live on The Mtn.

BYU plays Western Oregon at home on Jan. 6 at 7:30 p.m., three days after hosting No. 6 Wake Forest. BYU was scheduled to play Western Oreon on Dec. 23 but the game was postponed to Jan. 6 due to inclement weather. Follow the game on www.byucougars.com and listen live on the radio beginning with the pregame show at 6:30 p.m. MT on KSL Newsradio 102.7 FM and 1160 AM out of Salt Lake City or via the Internet at KSL.com.

Approximately 2,000 tickets remain for the game against Wake Forest on Saturday, Jan. 3, 2009. Fans can purchase tickets online at www.byutickets.com or the BYU Ticket Office. The ticket office is closed until Saturday at noon. Fans are encouraged to purchase tickets online as soon as possible to avoid long lines around game time. The game is scheduled to start at 6 p.m.

Wake Forest, a member of the Atlantic Coast Conference, is currently ranked No. 6 in both the AP and USA Today/ESPN polls. The Demon Deacons are off to a 12-0 start this season with recent victories at home against Radford (83-61) and on the road against East Carolina (95-54) and Richmond (86-79). Wake Forest averages 84.5 points per game and shoots 51.3 percent from the field as a team. Opponents score 62.2 points and shoot 36.0 percent against the Demon Deacons. Leading scorer Jeff Teague averages 18.8 points per game and is shooting .525 from the field, .517 from downtown and .842 from the free throw line. He is also first on the team in assists (50) and steals (28). Aminu Al-Farouq (12.9), James Johnson (12.8) and Chas McFarland (10.3) also average double figures. Al-Farouq leads the squad in rebounding at 9.1 boards per contest while Johnson adds 7.7 boards and McFarland 6.6 boards. Wake Forest outrebounds it opponents 43.9 to 33.5 per game.

Saturday’s game will mark the fifth meeting between BYU and Wake Forest and the second-straight season the teams will meet. The Demon Deacons downed the Cougars 79-62 on Jan. 8, 2008 in WInston-Salem, N.C. That game was the first time the teams had met since 1969. Saturday’s game will be the first meeting between BYU and Wake Forest in Provo. The teams have played twice in Winston-Salem and twice on neutral courts.

BYU Against the Top-25

BYU’s game against No. 6 Wake Forest on Saturday will be the Cougars’ second game this season against a top-25 opponent. BYU played Arizona State on Dec. 20 at University of Phoenix Stadium and lost 76-75 when Charles Abouo’s tip at the buzzer was waved off after a review by the officials. BYU is 50-112 all-time against ranked teams including 14-20 in the Marriott Center. No. 6 Wake Forest will be the highest ranked nonconference team to ever play at the Marriott Center and the first top-10 nonconference team to play in the Marriott Center since No. 7 Washington in 1984. The Cougars are 17-61 all time against the top-10, including 7-13 in home games. BYU has played teams ranked No. 6 four times and is 1-3 in those games. The Cougars have never played a No. 6 ranked team at home.

Including a season-high performance with 36 against Long Beach State, 30 against Weber State, 28 against Cal Poly and 26 at Tulsa, Lee Cummard now has 221 total points for the season and 1,234 for his career. He is now 19th all-time in scoring in BYU history. Cummard is 51 points from passing Alan Taylor for 19th all-time.

With two treys at Tulsa Jonathan Tavernari has 150 career threes, including 33 this season. He started the season with 117 and has passed Andy Toolson for third place and is 14 downtown makes from passing Mike Rose (163) for second. Tavernari also has 408 attempts from downtown, good for second all-time in school history. Lee Cummard has 133 threes for his career, now nine threes from passing Andy Toolson for fourth.

With 10 steals this season Lee Cummard has climbed to ninth all-time in BYU history in career steals with 110. Cummard had 16 as a freshman, 50 as a sophomore and 33 last season. Jonathan Tavernari is also climbing the list with 22 thefts this season and 88 for his career. He is now tied for 16th with Rafael Araujo.