Game 12 - Cougars to Play at Tulsa 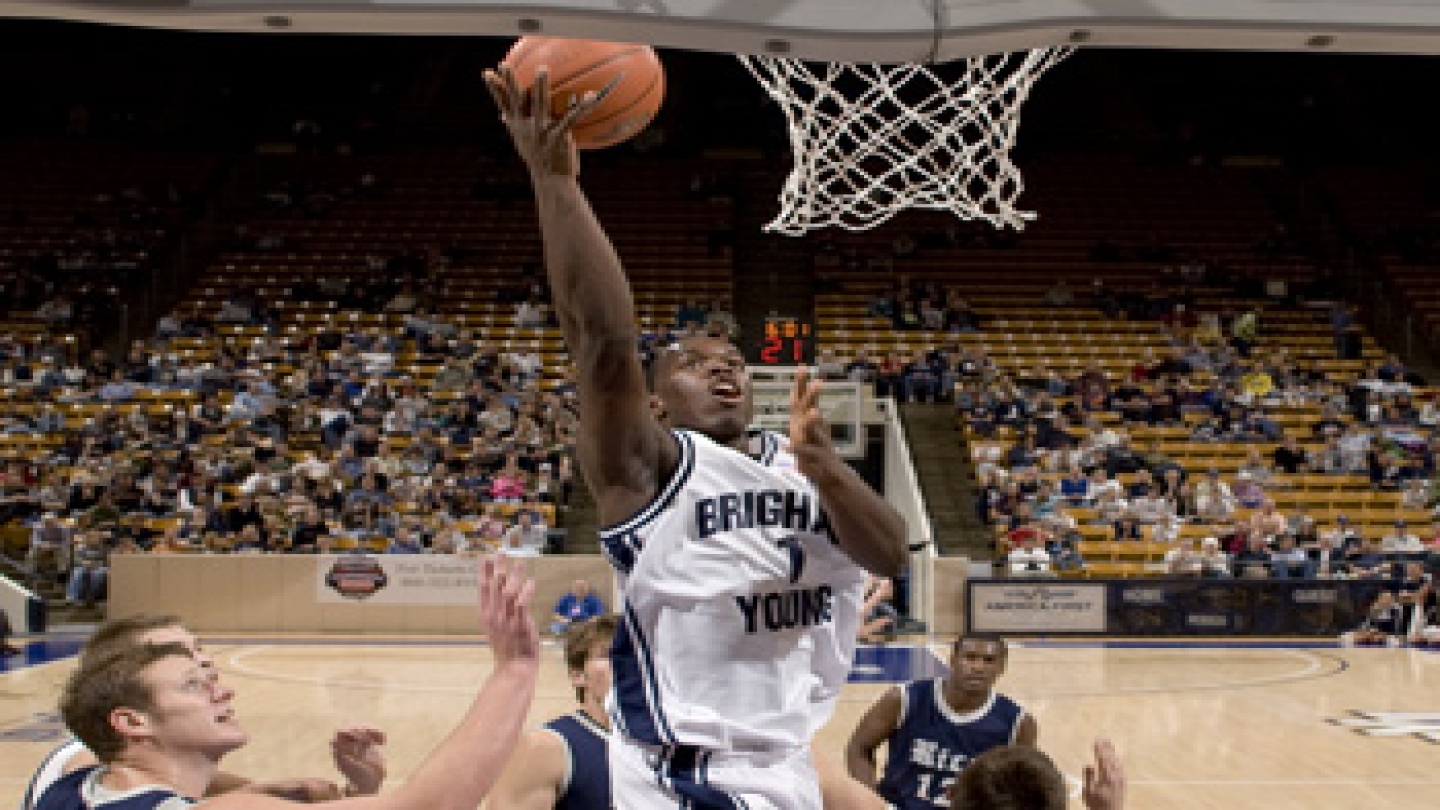 Cougars to Play at Tulsa

Coming off its first loss of the season the BYU (10-1) men’s basketball team will look to start another winning streak when the Cougars face Tulsa (8-4) on Tuesday at 7 p.m. CT in Tulsa, Okla. BYU fell 76-75 to No. 20 Arizona State on Saturday, Dec. 20, when Charles Abouo’s potential game-winning tip was waved off. The officials called the shot good but waved it off after reviewing the play. The Cougars are 7-4 all-time against Tulsa and won the last meeting 68-49 in 2005 at home. Tuesday’s game can be heard live on the radio beginning with the pregame show at 6 p.m. CT on KSL Newsradio 102.7 FM and 1160 AM out of Salt Lake City or via the Internet at KSL.com. It will be televised on CBS CS.

When BYU takes on No. 6 Wake Forest on Jan. 3 at 6 p.m. at home it will be the Cougars’ first game in the Marriott Center since defeating Portland on Dec. 13. BYU was scheduled to play Western Oreon on Dec. 23 but the game was postponed to Jan. 6 due to inclement weather. Follow the game on www.byucougars.com and listen live on the radio beginning with the pregame show at 5 p.m. MT on KSL Newsradio 102.7 FM and 1160 AM out of Salt Lake City or via the Internet at KSL.com. The game will be televised live on The Mtn.

Tulsa, a member of Conference USA, is 8-4 this season and currently riding a four-game win streak. The Golden Hurricane have defeated Missouri State, Presbyterian and Texas-Arlington at home and Loyola Marymount on the road during the streak. Tulsa averages 66.5 points per game and limits opponents to 59.7 points per game. The Golden Hurricane have held their opponents to 39.5 percent shooting from the field so far this season. Ben Uzoh averages 15.7 points per game while Jerome Jordan is second in scoring (11.6 ppg) and first in rebounding (8.4 boards per game) and blocked shots (2.8 per game). Head coach Doug Wojcik is in his fourth season at Tulsa and led the Golden Hurricane to the College Basketball Invitational title last season.

Saturday’s game will mark the 12th meeting between BYU and Tulsa and the first since Dec. 30, 2005 when the Cougars defeated the Golden Hurricane 68-49 in the Marriott Center, the sixth win of the current 53-game home winning streak. BYU won the first five meetings (1979-91) in the series before dropping four of five (1997-98).

Including a season-high performance with 36 against Long Beach State, 30 against Weber State and 28 against Cal Poly, Lee Cummard now has 195 total points for the season and 1,208 for his career. He is now 20th all-time in scoring in BYU history. Cummard is 11 points from passing Doug Richards for 19th all-time.

With four treys against Arizona State Jonathan Tavernari has 148 career threes, including 31 this season. He started the season with 117 and has passed Andy Toolson for third place and is 16 downtown makes from passing Mike Rose (163) for second. Tavernari also has 403 attempts from downtown, good for second all-time in school history. Lee Cummard hit two threes against Arizona State to give him 133 for his career, now nine threes from passing Andy Toolson for fourth.