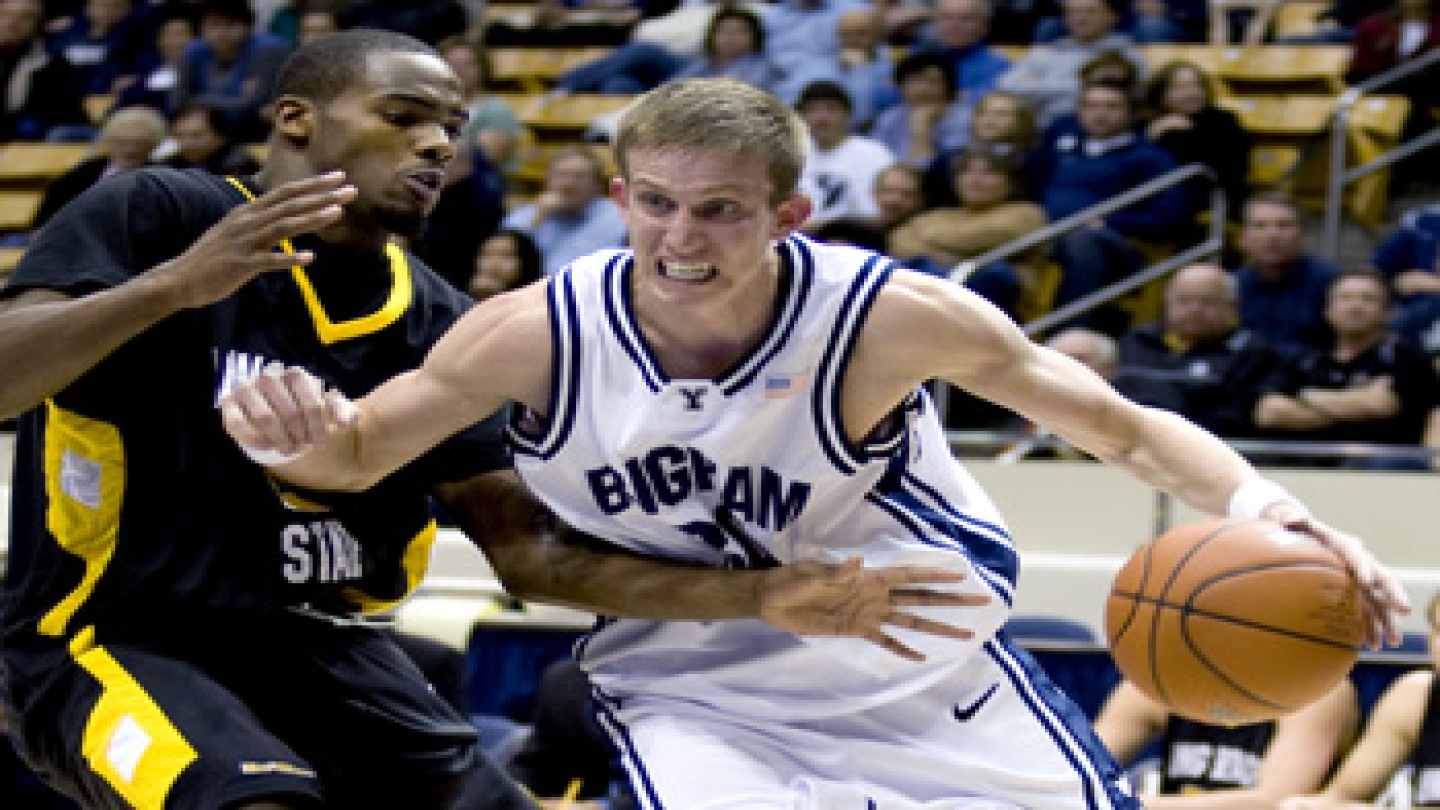 Cougars To Host Portland on Saturday

BYU (9-0) men’s basketball will look to extend its nation’s best home win streak to 53 games when the Cougars take on Portland on Saturday at 8 p.m. in the Marriott Center. The game will be the fifth meeting between the teams with BYU owning a 3-1 advantage, having won the last three games. The Cougars are coming off a 94-56 home victory against Boise State on Wednesday and Portland (5-2) defeated Idaho 68-65 at home in its most recent game. BYU is looking to extend its best start since the 1987-88 season when the Cougars started 17-0. Saturday’s game will be televised live on The Mtn. and can be heard live on the radio beginning with the pregame show at 7 p.m. MT on KSL Newsradio 102.7 FM and 1160 AM out of Salt Lake City or via the Internet at KSL.com.

BYU will play Arizona State in the 2008 Stadium Shootout on Dec. 13 at 2:30 p.m. MT. The game will be part of a double header played at University of Phoenix Stadium in Glendale, Ariz. Louisville and Minnesota will play at 1 p.m. prior to the BYU game. The game will be televised live on FSN.

— BYU extended its nation’s-best home winning streak to 52 games with a 94-56 victory over Boise State in the Marriott Center. The Cougars went 16-0 at home last year. The streak is the longest in school history.

— Two-time MWCÃ¢â‚¬Ë†Coach of the Year Dave Rose has guided BYU to three-straight 20-win seasons and three-straight postseason appearances. In his first season the Cougars were 20-9 and made a trip to the NIT. In his second campaign he guided the Cougars to the outright MWCÃ¢â‚¬Ë†title, a top-25 ranking, a trip to the NCAA Tournament and a 25-9 overall record. Last season he led BYU to a 27-8 overall record, a second-straight outright league title and a trip to the NCAA Tournament. He has the best record through 100 games of any BYU basketball coach.

Including a season-high performance with 36 against Long Beach State, 30 against Weber State and 28 against Cal Poly, Lee Cummard now has 170 total points for the season and 1,183 for his career. He is now 22nd all-time in scoring in BYU history. He passed Randy (1,166) and Joe Richey (1,177) during the Boise State game and is now 13 points from passing Eldon Brinley and 23 from passing Gary Trost to break into the top-20.

With three treys against Boise State Jonathan Tavernari has 139 career threes, including 22 this season. He started the season with 117 and has passed Terrell Lyday for fourth place and is two downtown makes from tying Andy Toolson (141) for third. Tavernari also has 382 attempts from downtown, good for second all-time, now one ahead of Mike Rose. Lee Cummard hit two threes against Boise State to give him 131 for his career, now four ahead of Terrell Lyday for fifth all-time and eight behind Tavernari for fourth.

With nine steals this season Lee Cummard has climbed to ninth all-time in BYU history in career steals with 109. Cummard had 16 as a freshman, 50 as a sophomore and 33 last season. Jonathan Tavernari is also climbing the list with 16 thefts this season and 82 for his career. He is now tied for 21st.

Since arriving at BYU as a freshman in 2005-06 senior Lee Cummard has not missed a single game. His streak of 107 games played currently ranks tied for 11th with Nathan Call for the longest such streak in school history. Cummard has also started the last 78 games he has played, dating back to the first game of the 2006-07 season, a streak that ranks seventh longest in school history. In his career Cummard has played in 107 games and with 21 regular season games and the MWC tournament he has the potential to claim the top spot in career games played. Below are the streaks for consecutive games started and consecutive games played.