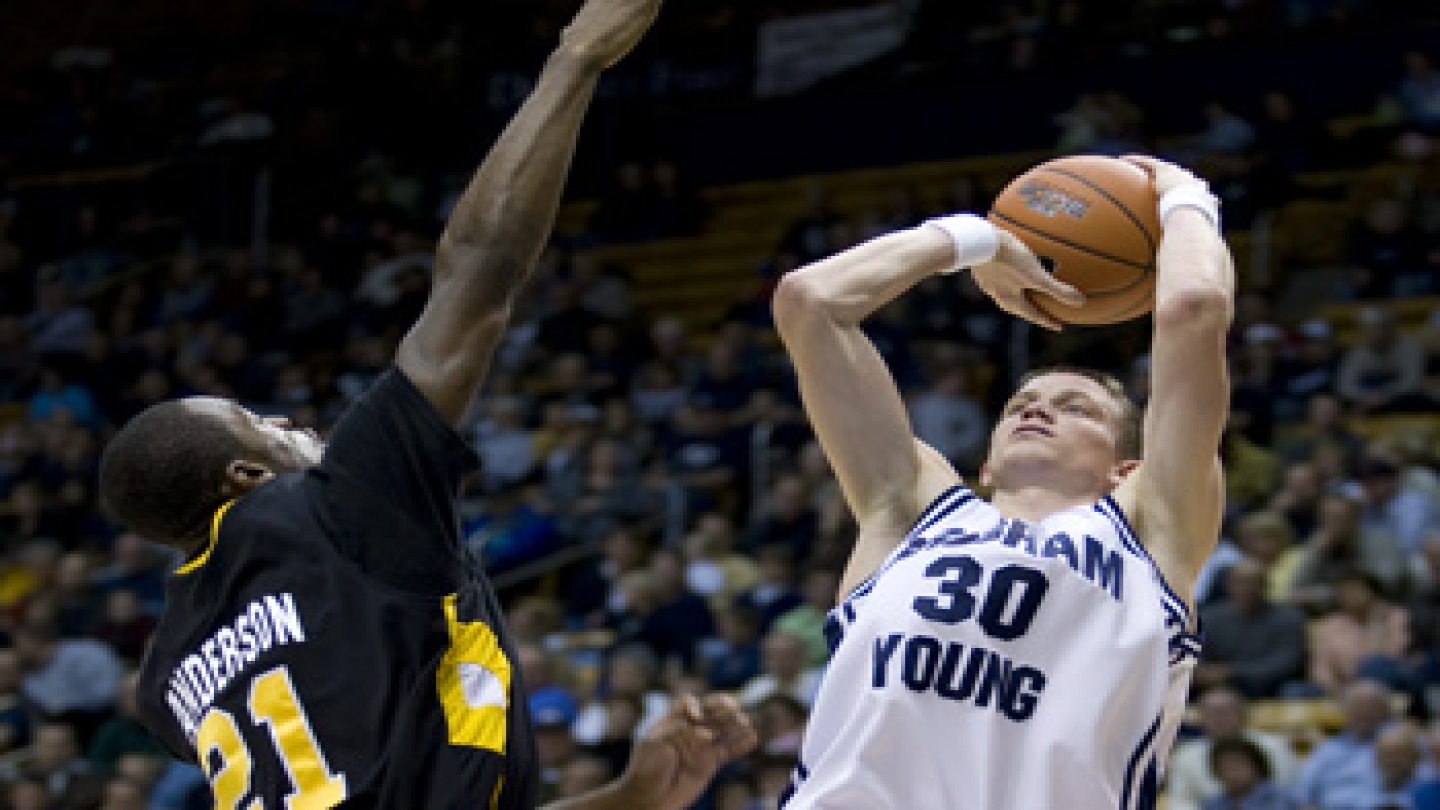 OGDEN, Utah – BYU men's basketball remained undefeated with a 92-62 victory over Weber State on Wednesday at the Dee Events Center. For the first time since 1991-92 the Cougars are 7-0 overall and 3-0 on the road while the Wildcats fall to 2-4.

“It was a good team win,” BYU head coach Dave Rose said. “We shot the ball very well and executed well defensively. We worked hard for good shots and played with great confidence.”

Senior Lee Cummard led the Cougars by posting 30 points on the night, shooting a career-best 12-of-13 from the field, making 3-of-4 3-pointers and playing 31 minutes.

“Lee was terrific from start to finish. He had a great game,” Rose said. “Lee has great shot selection and that allows him to hit at such a high percentage. Lee got us through the first half with his great play and kept us going in the second half.”

Sophomore Jimmer Fredette had one of the best games of his career as he posted career highs of 18 points and seven assists. He also set a career high with seven made field goals and tied his career high from downtown with four treys.

Junior Jonathan Tavernari led the Cougars on the boards with seven, while also tallying 11 points and a career-best six assists.

Cummard got the Cougars off to a big lead early, scoring seven points during a 15-4 BYU run to open the game. Fredette and Emery added 3-pointers during the run and Tavernari tallied two assists.

The lead changed hands five more times from that point before BYU closed the half on a 9-3 run to lead 46-39 at the break.

Weber State freshman Kyle Bullinger led the Wildcast with 16 points in the first half, shooting 3 of 4 from three. Bullinger was shutout in the second half.

BYU center Chris Miles scored the first points of the second half and triggering a 12-4 run that gave the Cougars a 15-point lead at 60-45 less than four minutes into the second half. BYU remained on attack and at the 11:30 mark, took its first 20-plus point lead of the game at 74-53 on a Lamont Morgan Jr. layup.

“I’m pleased with our second half defensive effort,” Rose said. “We got them on their heels in the second half. We rebounded well and were able to get out in transition.”

Morgan, Jr. chalked up nine points on the night, tying his season and career highs. He was 4 for 4 from the free throw line.

All 11 Cougars who dressed saw action against the Wildcats, with senior Archie Rose coming off the bench for the first time this season at the 14:24 mark to play nine minutes for the Cougars.

The undefeated Cougars will next meet up with Utah State in EnergySolutions Arena in Salt Lake City on Saturday at 5 p.m.