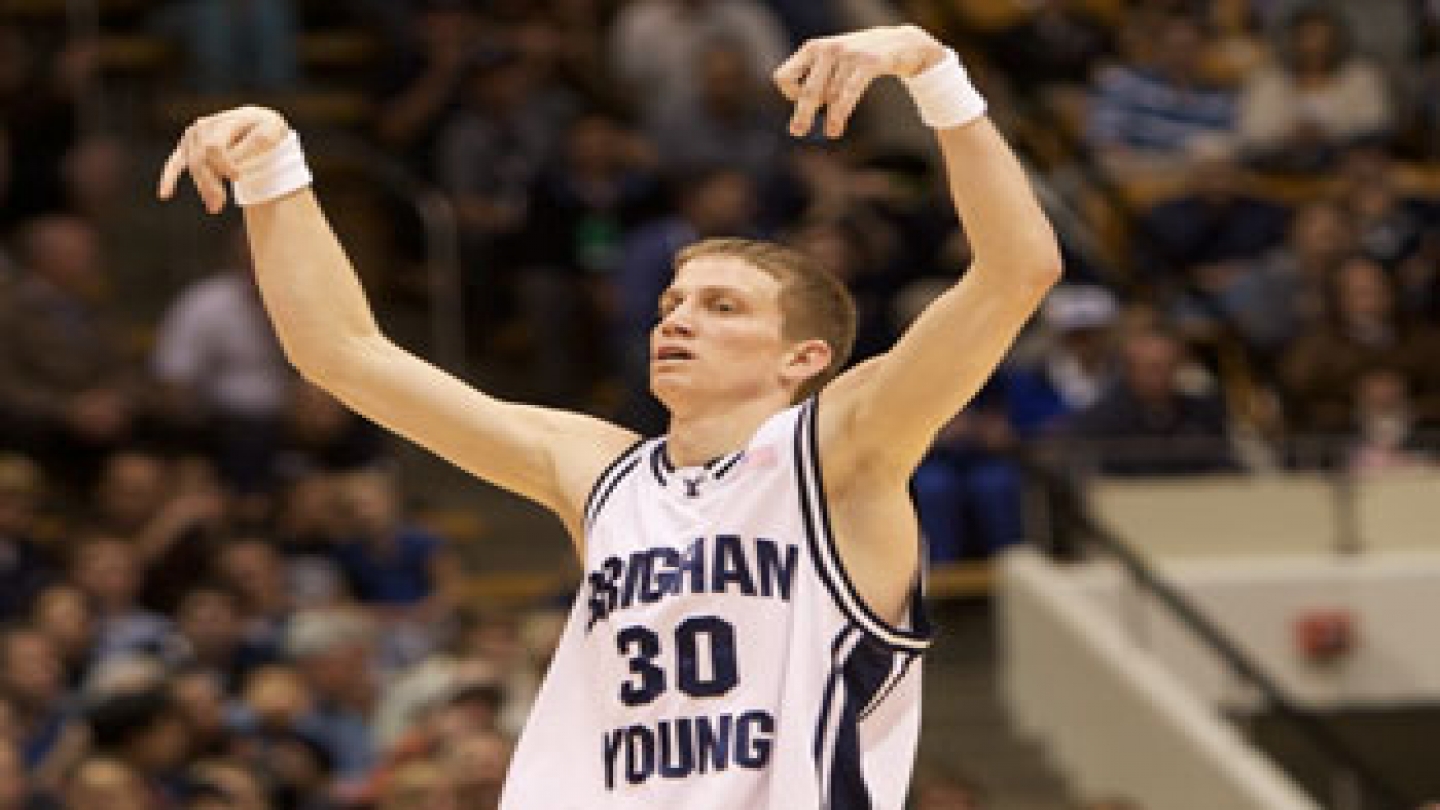 Live on KJZZ and BYUTV

Cougars to Play at Weber State

BYU (6-0) will play at Weber State on Wednesday at 7 p.m. for its first of two games against in-state foes this week. The Cougars play Utah State on Saturday at Energy Solutions Arena in Salt Lake at 5 p.m. Last Saturday BYU improved to 2-0 on the road with an 85-65 road win against Idaho State. Weber State improved to 2-3 on the year with a 77-62 home win against Montana Tech on Saturday. The Wildcats had lost two straight at Long Beach State (73-69 in double overtime) and at Utah State (73-49). Wednesday’s game will be televised live on KJZZ and BYUTV (online at www.byutv.org/streaming/) and can be heard live on the radio beginning with the pregame show at 6 p.m. MT on KSL Newsradio 102.7 FM and 1160 AM out of Salt Lake City or via the Internet at KSL.com.

BYU will play its second-straight game against an in-state rival on Saturday, Dec. 6, against Utah State. Tipoff is scheduled for 7 p.m. at Energy Solutions Arena and the game will be aired live on KJZZ and BYUTV.

— BYU exteneded its nation’s-best home winning streak to 51 games with a perfect 3-0 record at the Basketball Travelers Invitational in the Marriott Center. The Cougars went 16-0 at home last year. The streak is the longest in school history.

Weber State is off to a 2-3 start to the 2008-09 season. The Wildcats split a pair of games at the 2K Sports Classic in Los Angeles to open the season, losing 70-66 to Miami (Ohio) and defeating Prairie View A&M 78-68. Weber then dropped two straight to Long Beach State and Utah State before ending the skid with a 77-62 victory over Montana Tech at home last Saturday. Leading Weber State in scoring this season is 5-foot-6 guard Kellen McCoy at 13.6 points per game. McCoy is shooting at a 60.5 percent clip from the field and 50.0 percent from downtown. Steve Panos, a 6-foot-8 center, is second in scoring at 11.6 points per contest and first in rebounding at 7.0 boards per game. Guard Nick Hansen also averages double figures at 10.4 points per game and has hit a team-high 12 threes (42.9 percent). The Wildcats average 67.8 points per game as a team and their opponents average 69.6 points per game.

OGDEN, Utah -- The Weber State men’s basketball team moved to 2-3 on the season Saturday with a 77-62 win over Montana Tech at the Dee Events Center.

The Wildcats placed five players in double figures, led by Steve Panos, who hit 6 of 11 shots for 12 points. Panos also grabbed a game-high eight rebounds. Daviin Davis and Kellen McCoy each scored 11, while Nick Hansen and Damian Lillard each chipped in 10 for the Wildcats.

The Wildcats attacked the rim and earned a 46-20 edge in points in the paint. The aggressive offense led to 43.9 percent shooting for the game (48.6 in the second half).

Stephen Thomas led Montana Tech with 15 points on 7 of 11 shooting. Tony Trudnowski added nine points for the Diggers, who fell to 4-6 on the season.