Game 5 - Cougars to Take on Mustangs 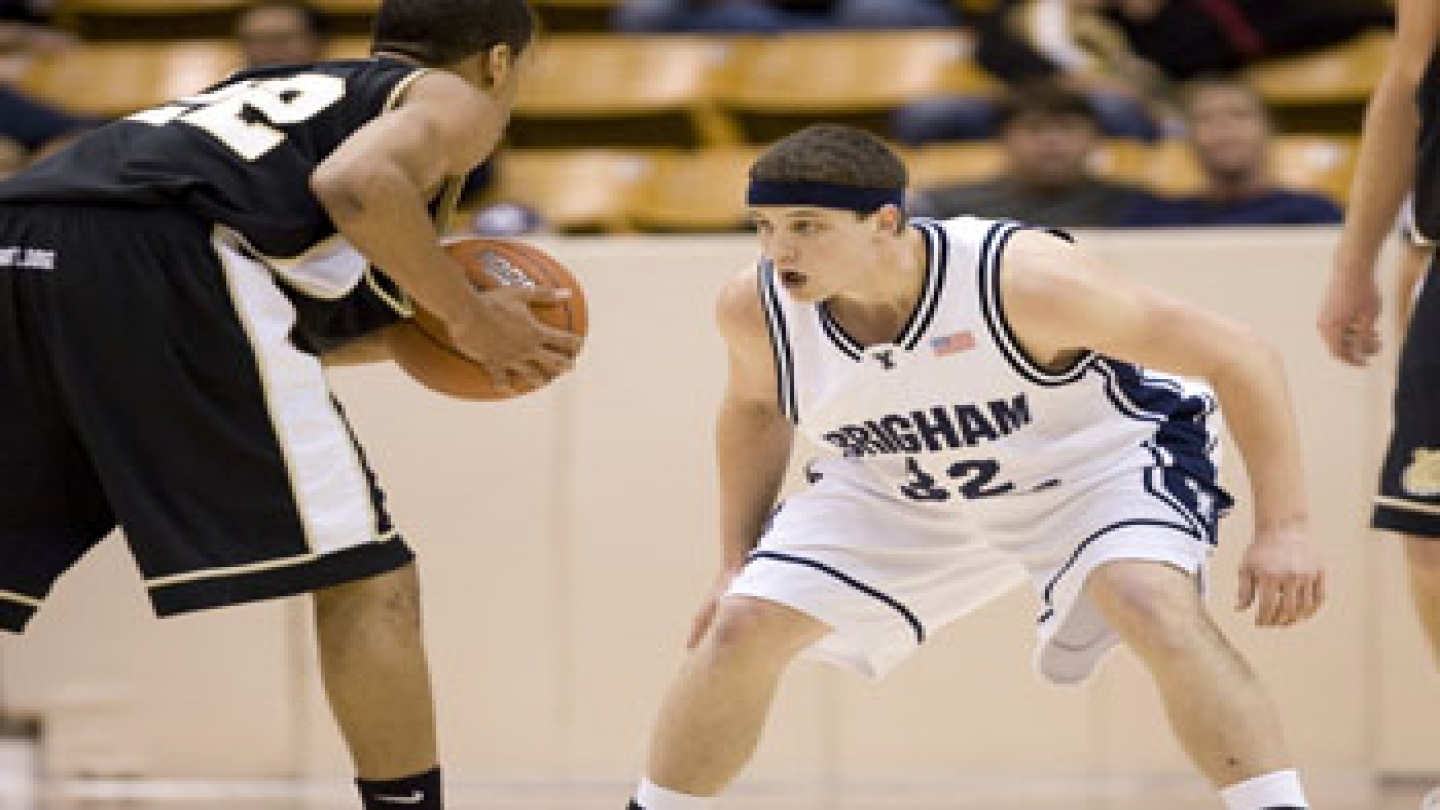 BYU (3-0) enters day two of the Basketball Travelers Invitational on Friday with a game against Rice at 8:30 p.m. in the Marriot Center. The Cougars are coming off a 74-41 victory against North Florida and Rice defeated Cal Poly 81-76 in its opening game of the Basketball Travelers Invitation. Also on Friday Cal Poly will take on North Florida at 6 p.m.

Cal Poly opened the 2008-09 season with a 67-40 loss to Arkansas-Little Rock at home. The Mustangs were led by Titus Shelton’s 15 points and Wes Dipprey added nine points and five boards. Cal Poly is coached by Kevin Bromley, who is in his ninth season at the helm. He has a career record of 92-125.