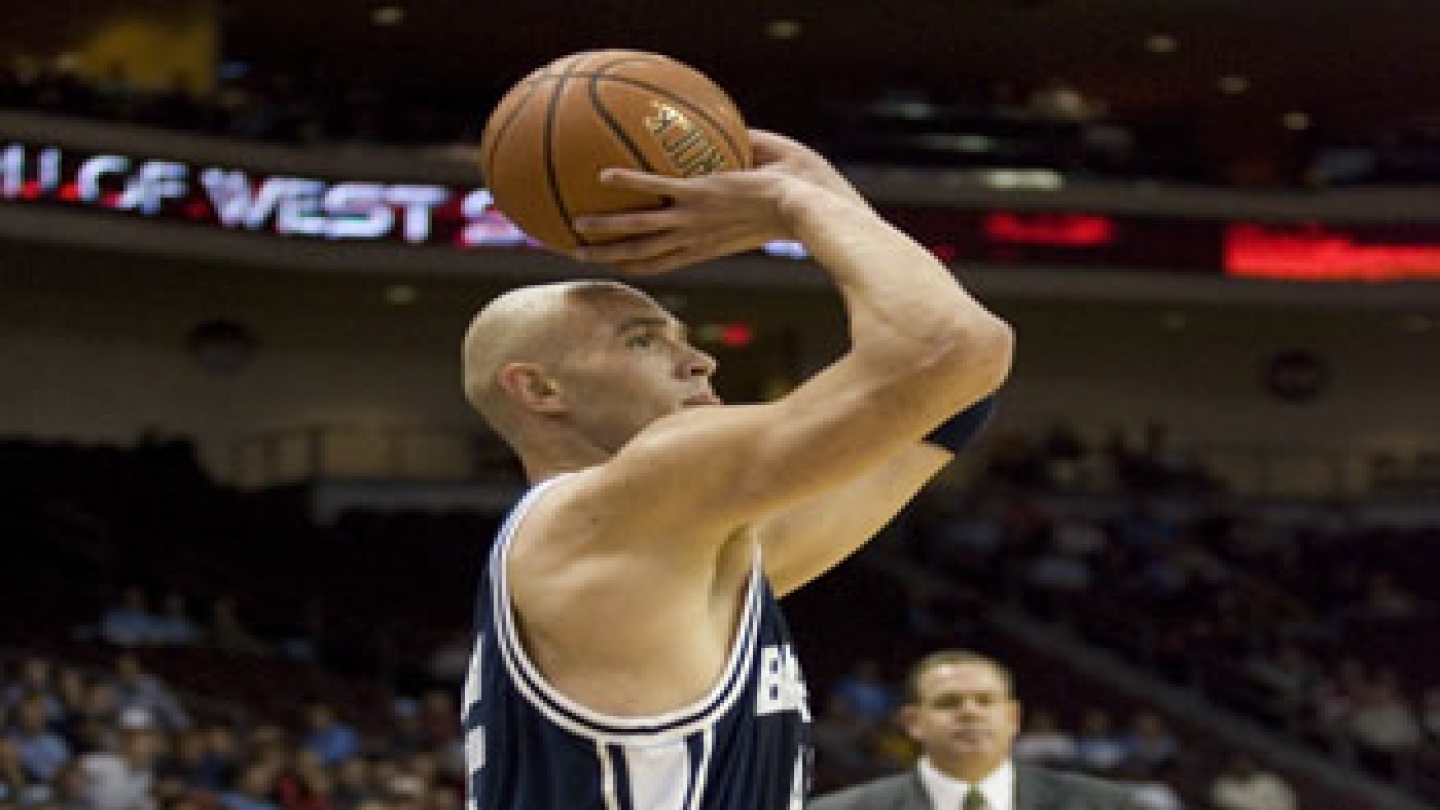 PROVO -- Fans got their first official taste of the 2008-09 BYU Men’s Basketball team Wednesday as the White team beat the Blue team 59-51 during the Cougar Tipoff at the Marriott Center.

“I was really pleased with our progress from the first half to the second half,” said BYU head coach Dave Rose. “I thought we settled in and played a lot more like we are going to play.”

The night featured the annual Blue/White game between players and showcased the team to fans.

The White team held the Blue team scoreless through the first 13 minutes and jumped out to an 11-0 lead before the first timeout of the game at 15:12.

Jonathan Tavernari led all scorers with 23 points on 9-15 shooting. Senior forward Lee Cummard, the 2007-08 MWC Co-Player of the Year had 11 points. Freshmen Charles Abouo and Matt Pinegar also contributed with 11 points each.

The game featured some exciting moments. The end of the first half was punctuated with a shot by guard Jackson Emery, who then stole the inbounds pass and dished the ball behind his back to Jimmer Fredette, who laid the ball in the hoop, but the shot was called off because the halftime buzzer had already sounded.

Just three minutes into the second half, Emery passed the ball forward to senior center Gavin McGregor who drove down the lane for a one-handed dunk.

“I think the talent level of this group is good,” said Rose. Our athleticism is improved and we have good strength. Hopefully that will help us defensively and allow us to be more diverse offensively.”

BYU fans can next catch the Cougars at the Marriott Center when they face Concordia University in an exhibition game Thursday, Nov. 6 at 7 p.m. MT. BYU will then face Georgetown College on Tuesday, Nov. 11 at 7:30 p.m..

Both games will be broadcast live on BYUTV and by KSL Radio via its x-stream on the KSL.com.