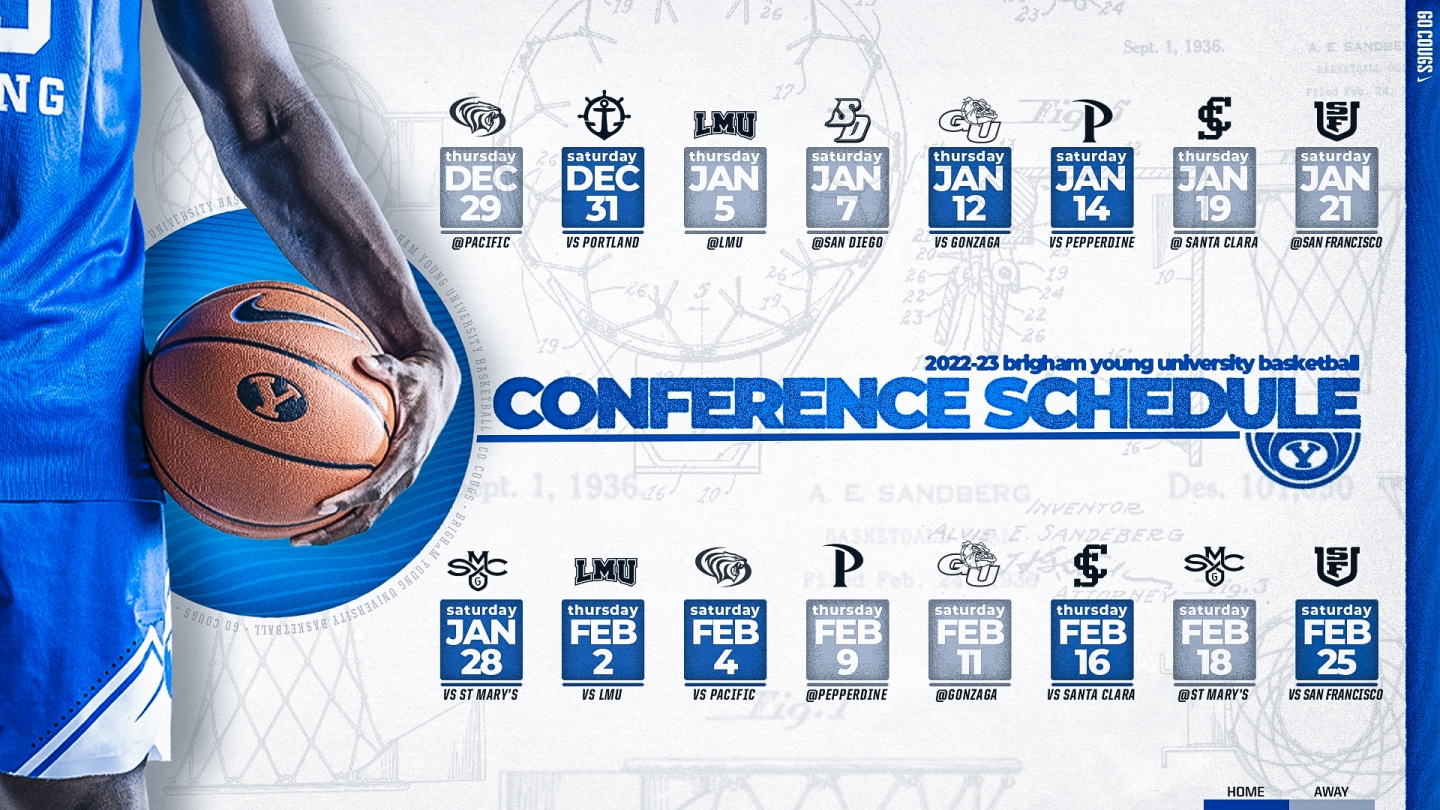 The Cougars open WCC play with three of their first four games on the road beginning with a trip to Stockton, Calif. to face Pacific on Dec. 29. After hosting Portland on New Year’s Eve, BYU travels to Loyola Marymount on Jan. 5 and San Diego on Jan. 7.

BYU returns home to the friendly confines of the Marriott Center for a pair of games beginning with a showdown against Gonzaga on Jan. 12.  That is followed up with a game against Pepperdine on Jan. 14, where the Cougars will look to win their seventh straight over the Waves in Provo.

A trip to the Bay Area to face Santa Clara (Jan. 19) and San Francisco (Jan. 21) is followed by a three-game home stand. BYU will look for its third straight home win over Saint Mary’s on Jan. 28 before hosting LMU (Feb. 2) and Pacific (Feb. 4).

They make the return trip to Malibu, Calif. on Feb. 9 to face Pepperdine before heading up to Spokane, Wash. one final time in WCC play to take on the Zags on Feb. 11.

Santa Clara makes their first trip to Provo in three years on Feb. 16 followed the Cougars final road game of the season on Feb. 18 at Saint Mary’s. They conclude the regular season on Feb. 25 at home against San Francisco.

Tip off times and broadcast information will be released at a later date.