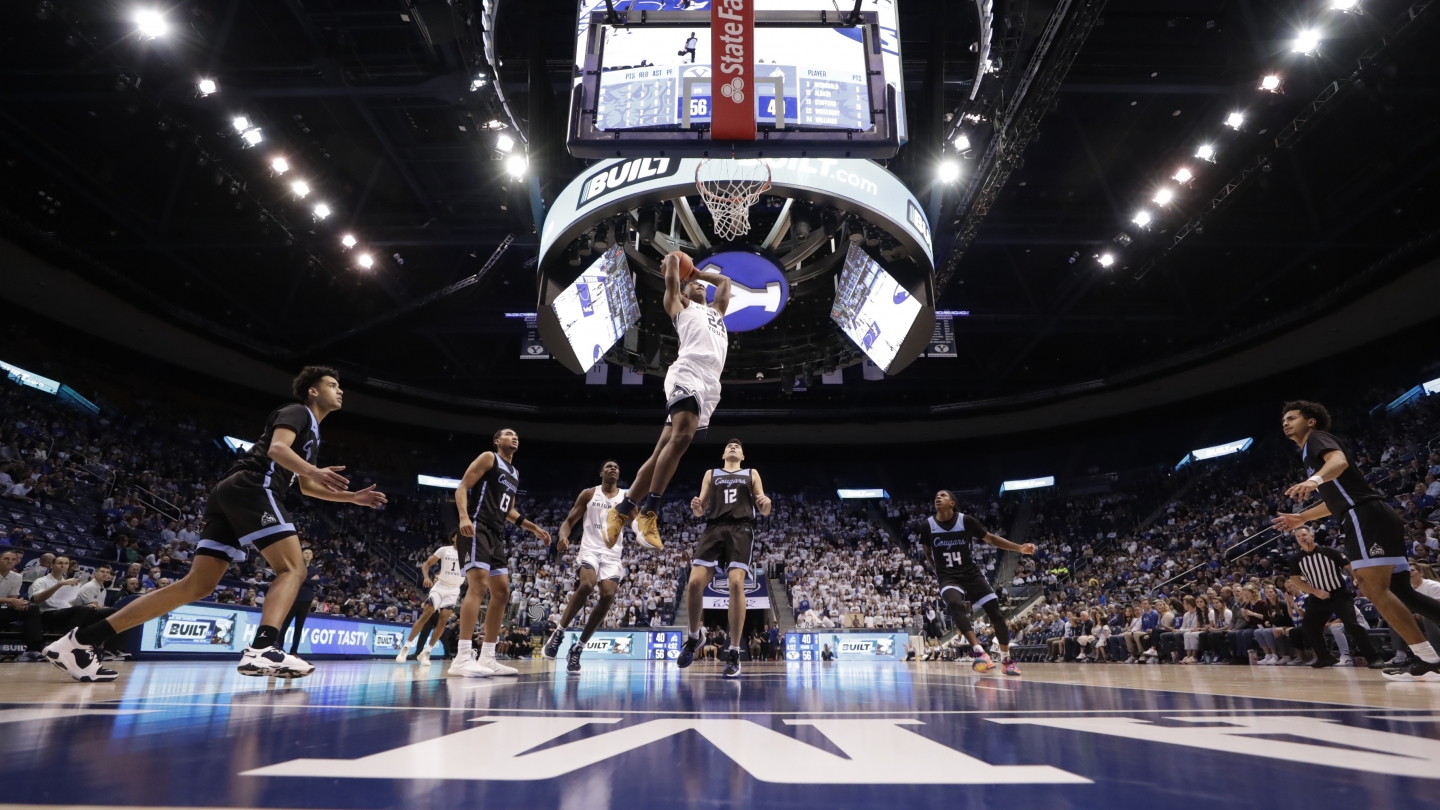 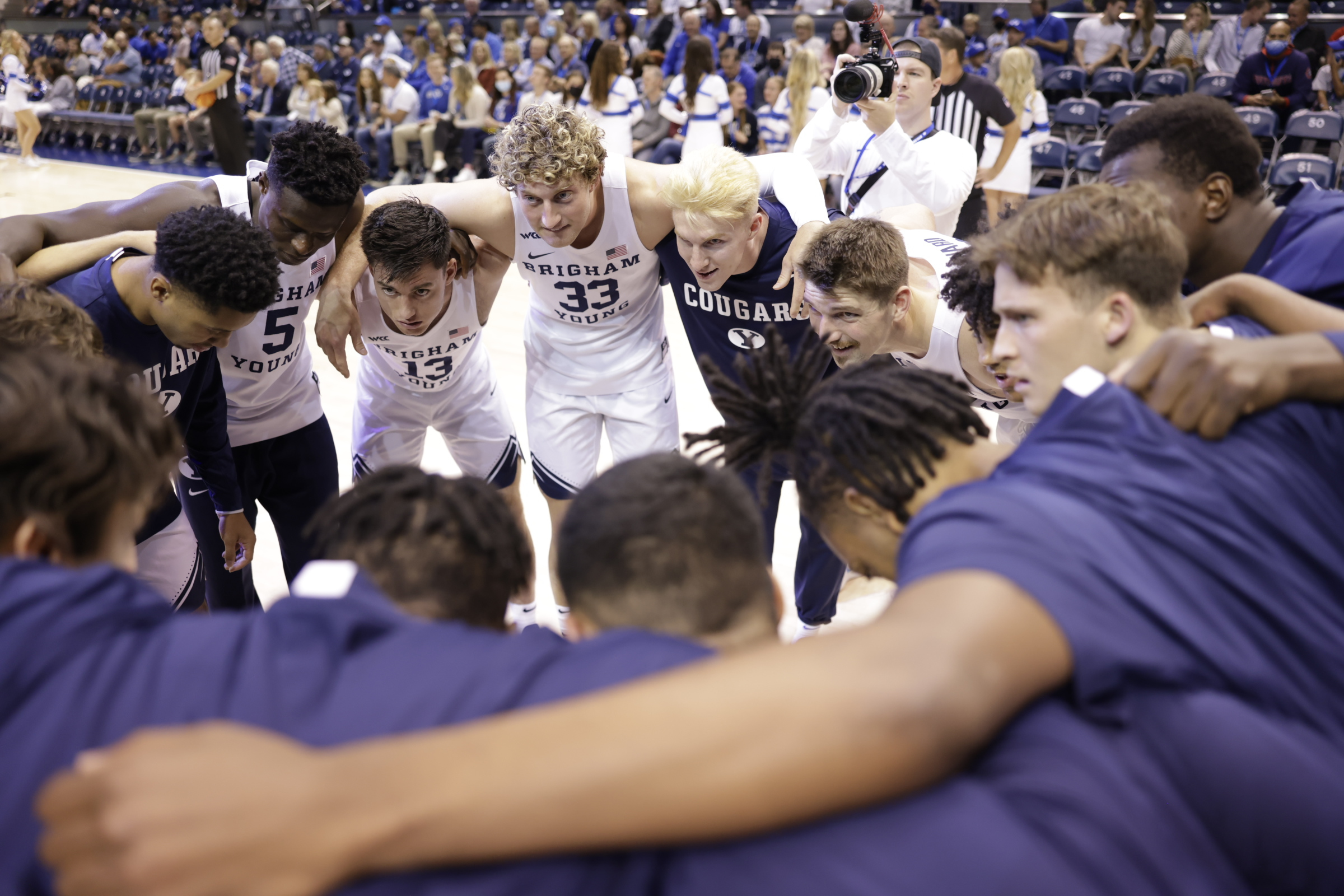 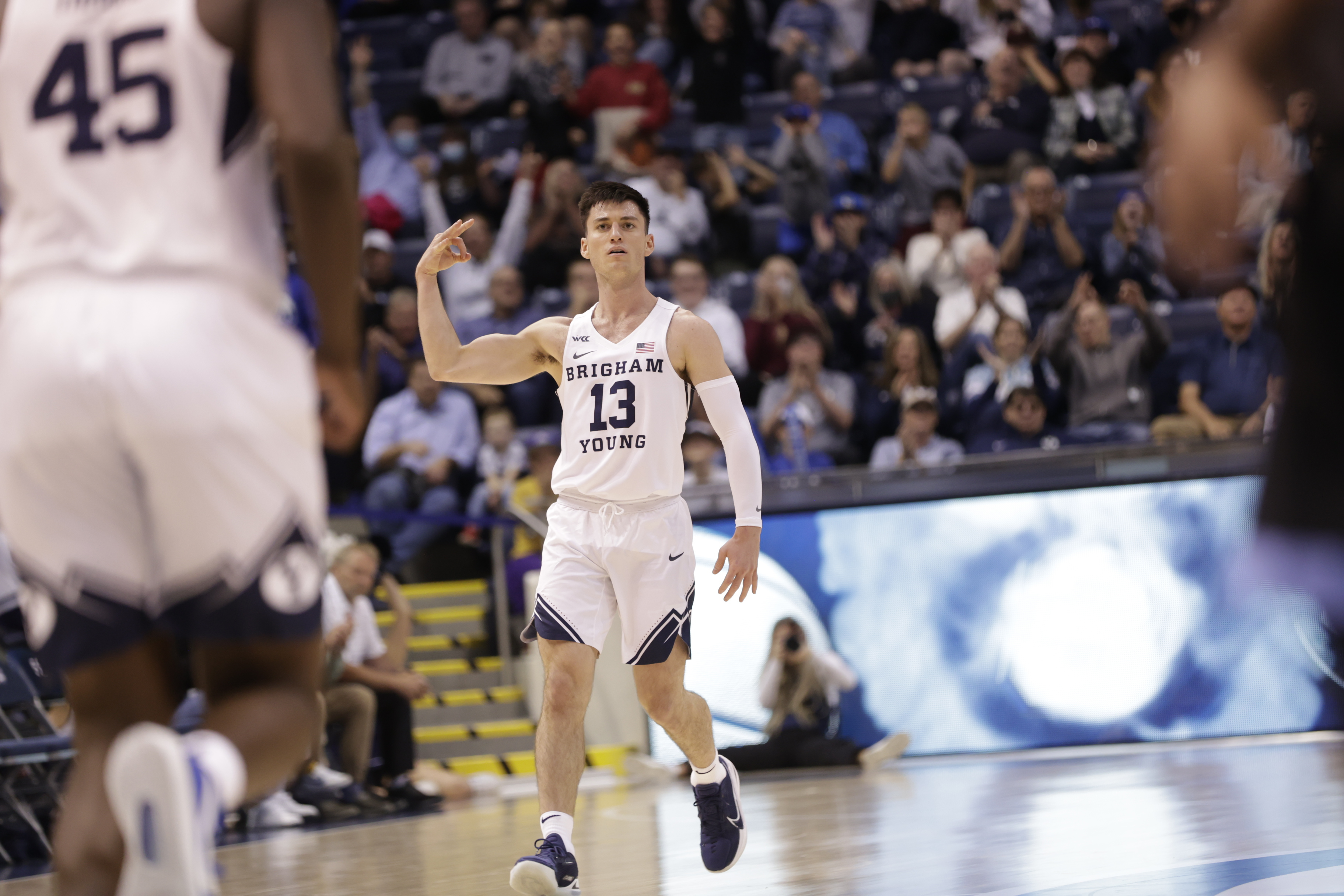 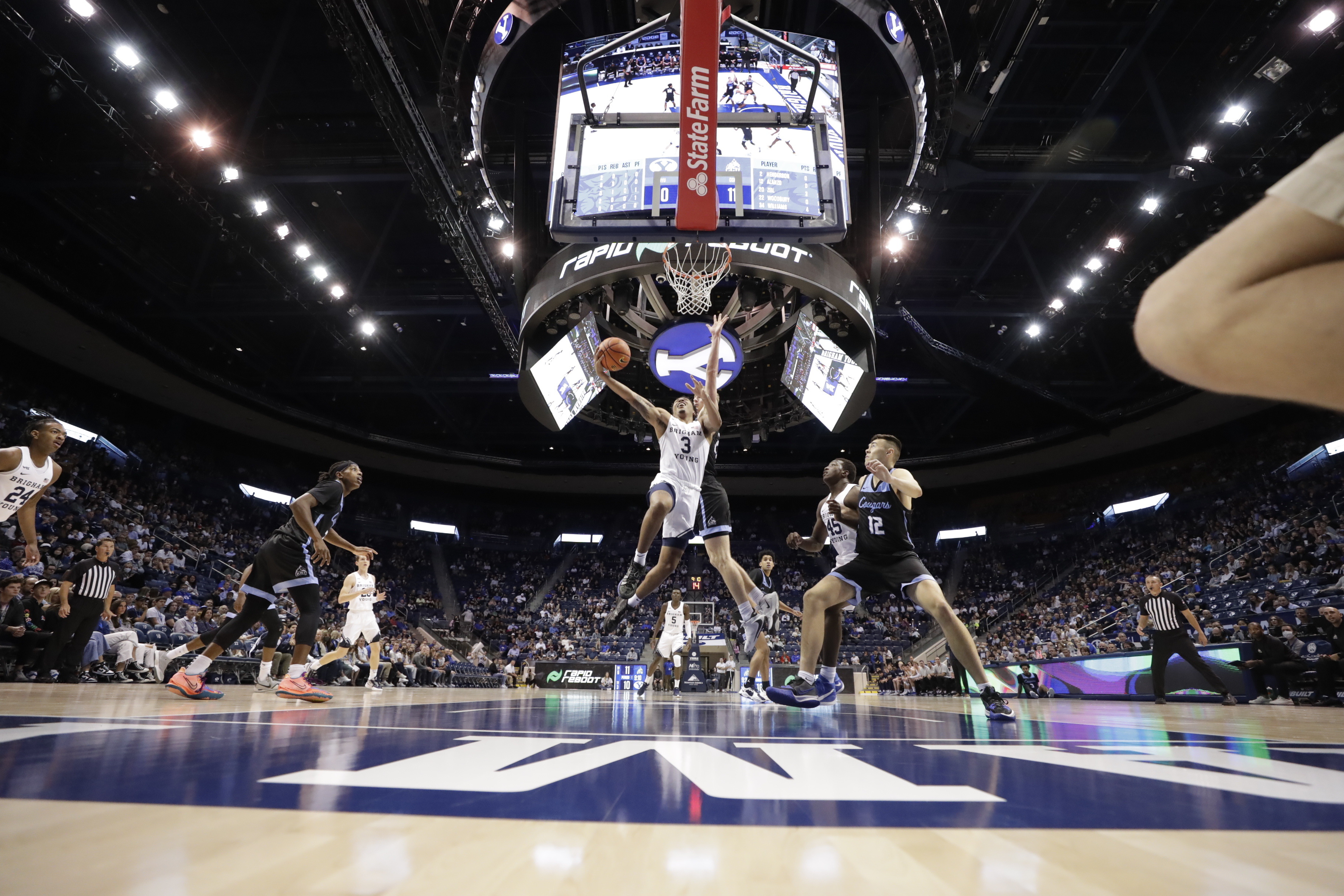 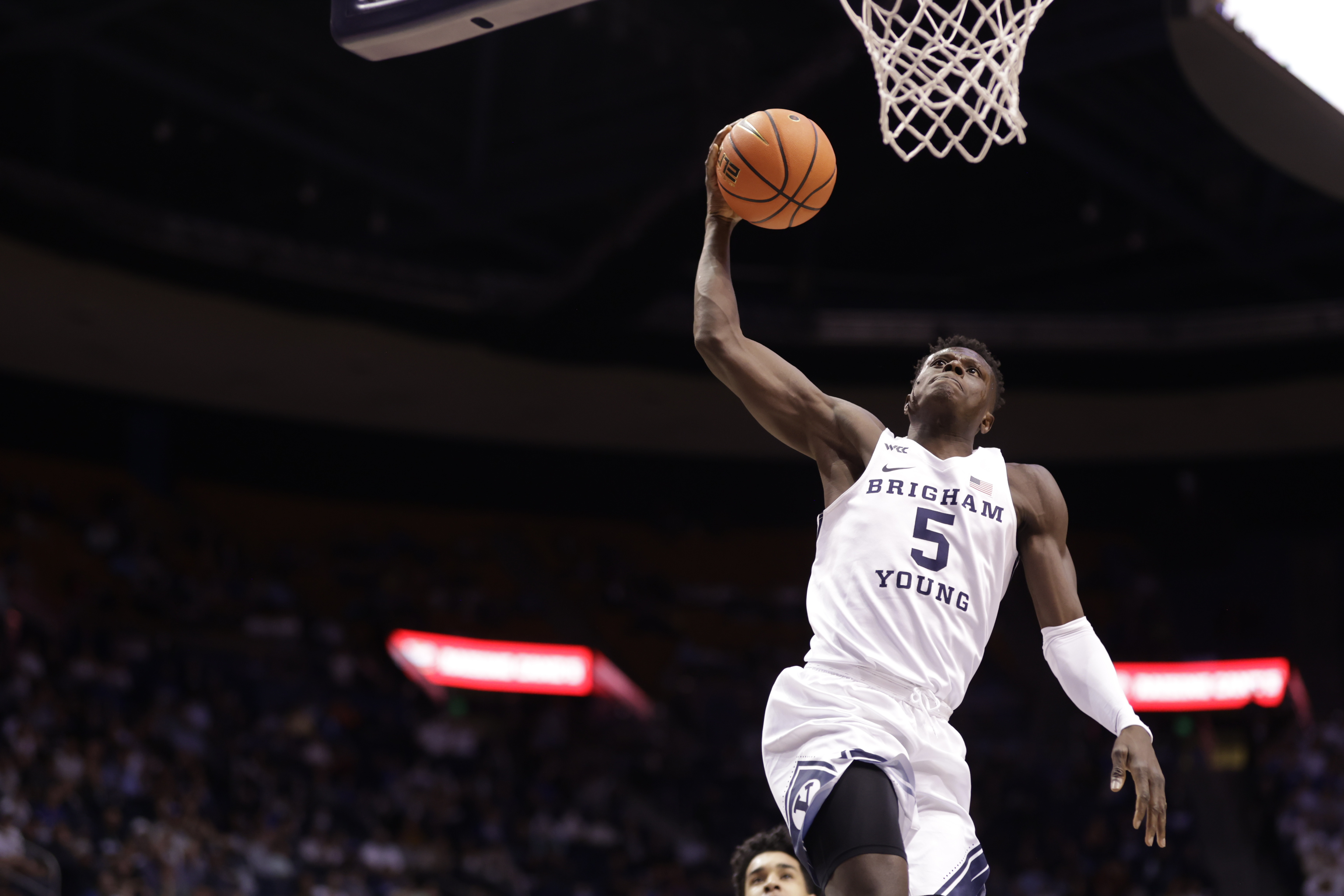 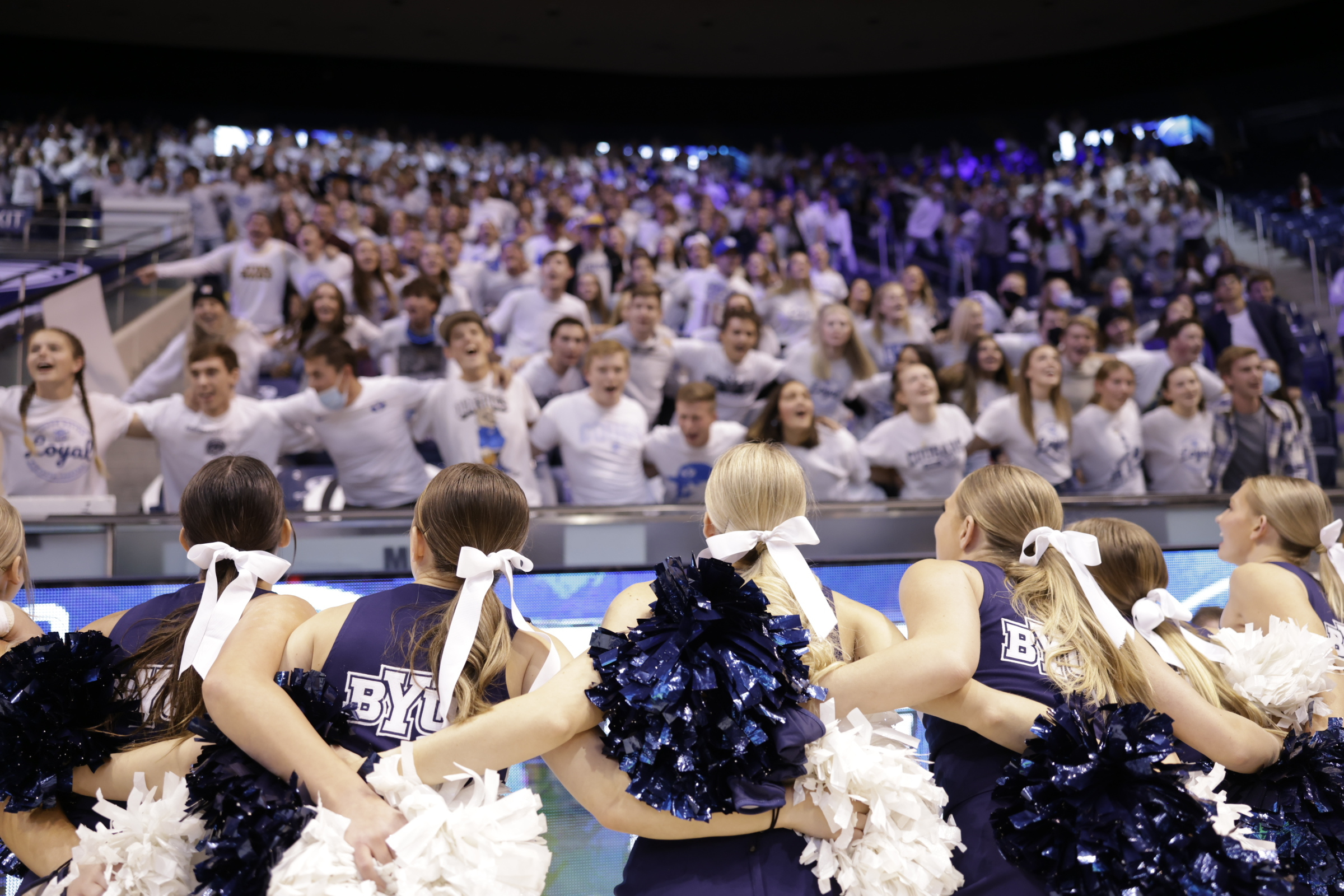 PROVO, Utah — The BYU men's basketball team shook off a slow start to take care of Colorado Christian 63-45 in their lone exhibition of the 2021-22 season.

“I was super proud of our guys for staying locked in through frustration,” said BYU head coach Mark Pope. “It was everything we wanted. It challenged us a lot on the defensive end, and this team has been so good during training camp that we haven’t had a lot of those moments, so that was super important for us tonight. I'm so happy about that, and we're excited to get going on Tuesday.”

Alex Barcello led all scorers with 16 points on 6-11 shooting, 4-6 from behind the arc and four rebounds.

“Our intensity on the defensive end is what really stood out to me tonight,” Barcello said. “I thought our communication, the way we were moving, the way we were guarding improved throughout night, and we really doubled down on that coming out in the second half.”

Te’Jon Lucas had his first double-digit scoring night as a Cougar going 4-5 from the floor for 11 points, two rebounds, four assists and a steal.

After two scoreless minutes to start the game, senior guards Lucas and Barello scored back-to-back buckets to open the scoring for the Cougars.

The Cougars got off to a slow start going 3-9 from the field and 1-5 from behind the arc in the first eight minutes and with 12:30 left in the first half Colorado Christian led BYU by a score of 11-6.

BYU scored six straight points to take its first lead of the game with 9:08 to play in the first half. Fousseyni Traore entered the game and made an immediate impact with two emphatic blocks and two rebounds in his first five minutes.

The Cougars trailed 19-18 with 1:46 left in the first half before Barcello buried two straight threes to spark the BYU offense and give them a five-point lead, their largest lead of the game.

BYU took a 26-21 lead into the locker room at the half after going 10-23 from the field and 4-13 from three-point land. The story of the first half was turnovers and BYU’s woes from the line. The Cougars made only two of eight attempts from the stripe and turned the ball over 8 times in the first 20 minutes.

Coming out of the half, BYU put together a six-point run that extended the Cougar lead to double digits just four minutes into the second half.

Although BYU was quick out of the gate, CCU kept it within single digits until the under-twelve media timeout. Coming out of the the timeout, Trevin Knell and Spencer Johnson hit back-to-back threes to up the lead to 16.

After a Johnson steal that led to a Caleb Lohner eurostep bucket, Barcello got to his spot to knock down the elbow jumper. On the next CCU possession, Lucas skied for a block that he took the other way, threading the needle to Johnson who laid it up to give the Cougars a 21-point lead.

Seneca Knight grabbed his third rebound of the night and took it coast-to-coast for a two-hand hammer to extend the lead to 18 with four minutes remaining.

With four minutes left, Pope sent in Trey Stewart, Nate Hansen and Paora Winitana with who each got their first minutes as BYU Cougars in the 63-45 victory.