Vote for Danny Ainge and Jimmer Mania in the #MarchMadnessMoments Bracket 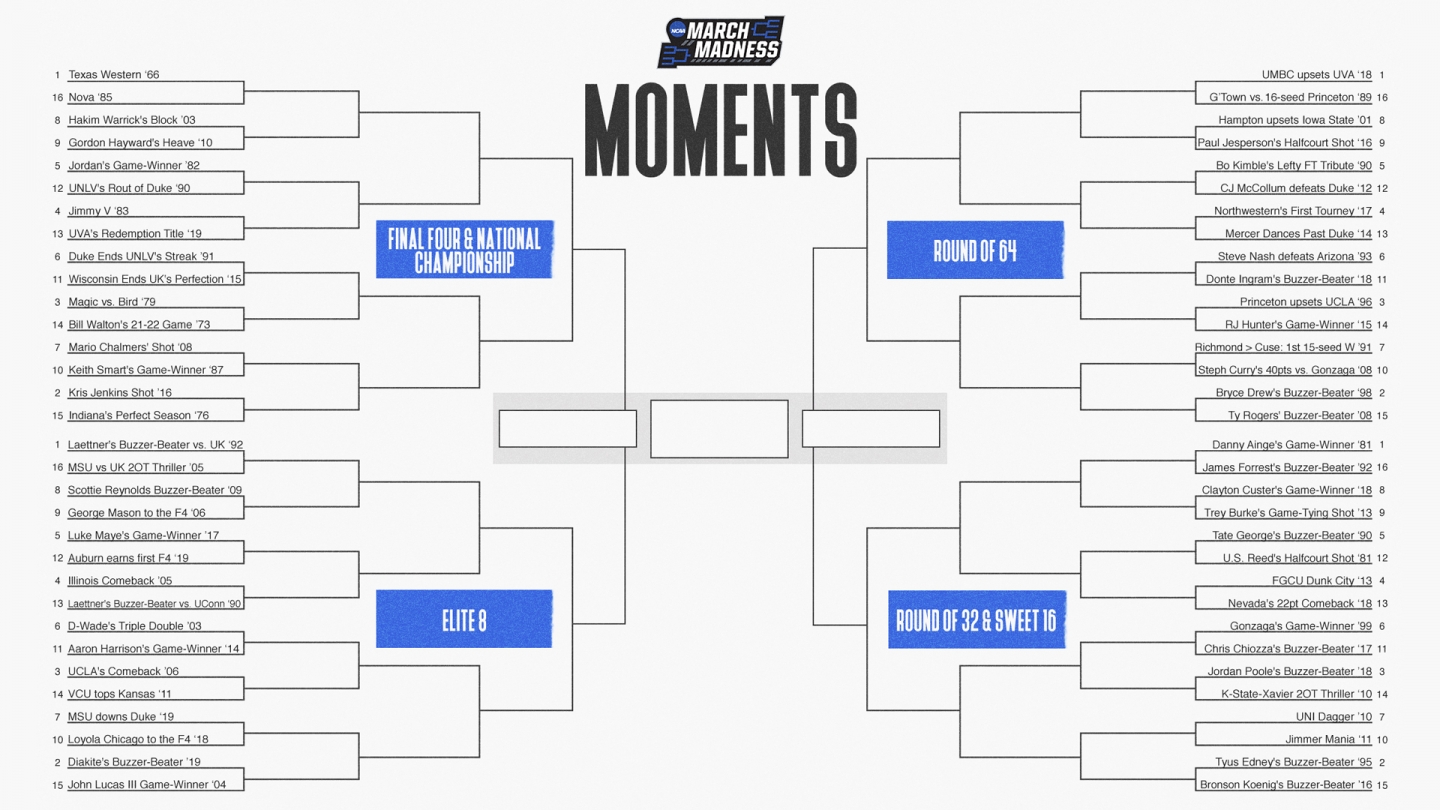 The bracket is divided into four regions:

To celebrate our past tournaments, we're launching a bracket that pits some of the greatest #MarchMadnessMoments against each other.

The bracket was selected & seeded by @TheAndyKatz. Voting begins at Noon ET on our social platforms w/the left side of the bracket. Let's do this! pic.twitter.com/J18IlsDuuo

And while fans are busy voting, they can also support senior Yoeli Childs and vote for him for Karl Malone Power Forward of the Year at HoopHall.com. Voting continues through March 27.