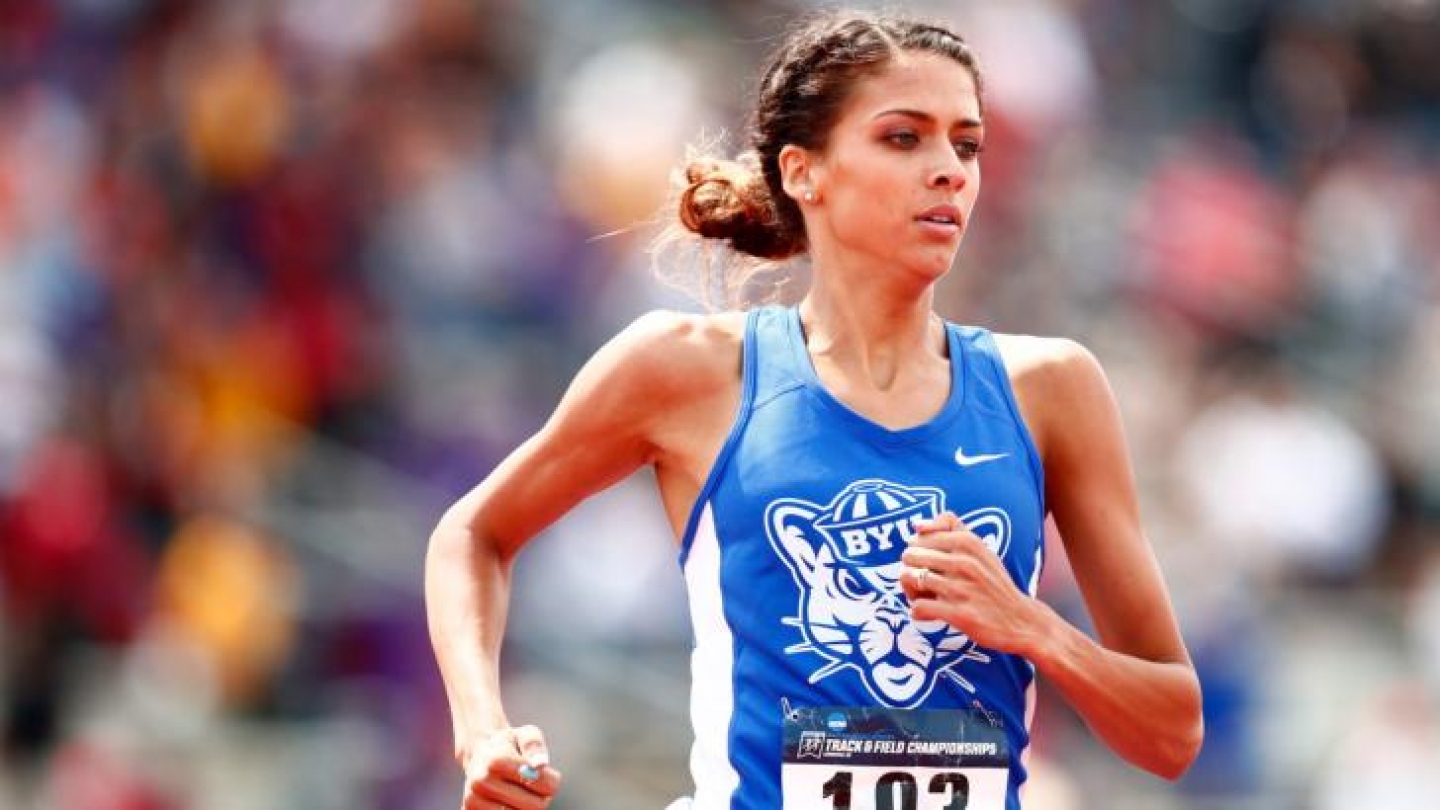 TEMPE, Arizona -- After two days of competition at the Sun Angel Classic, Shea Collinsworth highlighted the weekend by winning the 800m with a time of 2:01.51, the top time in the nation this season. Collinsworth's time is a new personal record and third all-time in the BYU record book.

"We had another great weekend of action and I'm really pleased with the efforts all the way around," BYU head coach Ed Eyestone said. "For the most part, we saw a lot of people improving their season-best times or coming very close to that. We competed extremely well. We saw great performances all the way around and I think this sets up well for our home meet in a couple of weeks. We are really happy with our sprinters, throwers and middle distance runners. They are continuing to build on the work they've been doing."

Eyestone said Collinsworth ran a very good race, taking the lead and control of the race from the start. He said with 300m to go in the race she took the lead and powered through the end to take first place and come out with a nation-leading time.

Other top performances included Zachary Stetler, who took first place in the shot put premiere event with a mark of 18.11m (59' 4.75"). Stetler also took sixth place in the discus throw premiere with a mark of 50.98m (167' 3"). Chase Horrocks took first for the men's premiere mile with a career-best time of 4:02.29. The men's 4x100m relay team placed second in the premiere event with a season-best time of 39.74.

Freshman Haley Rogers had a strong performance in the women’s open 100m dash placing fourth overall with a time of 12.25. Samantha Reeves came in at No. 9 and ShyAndrea Jackson at No. 12.

Up next for the track and field athletes is the Mt. SAC Relays in Seattle, April 13-15.

BYU to compete in Tempe at Sun Angel Classic 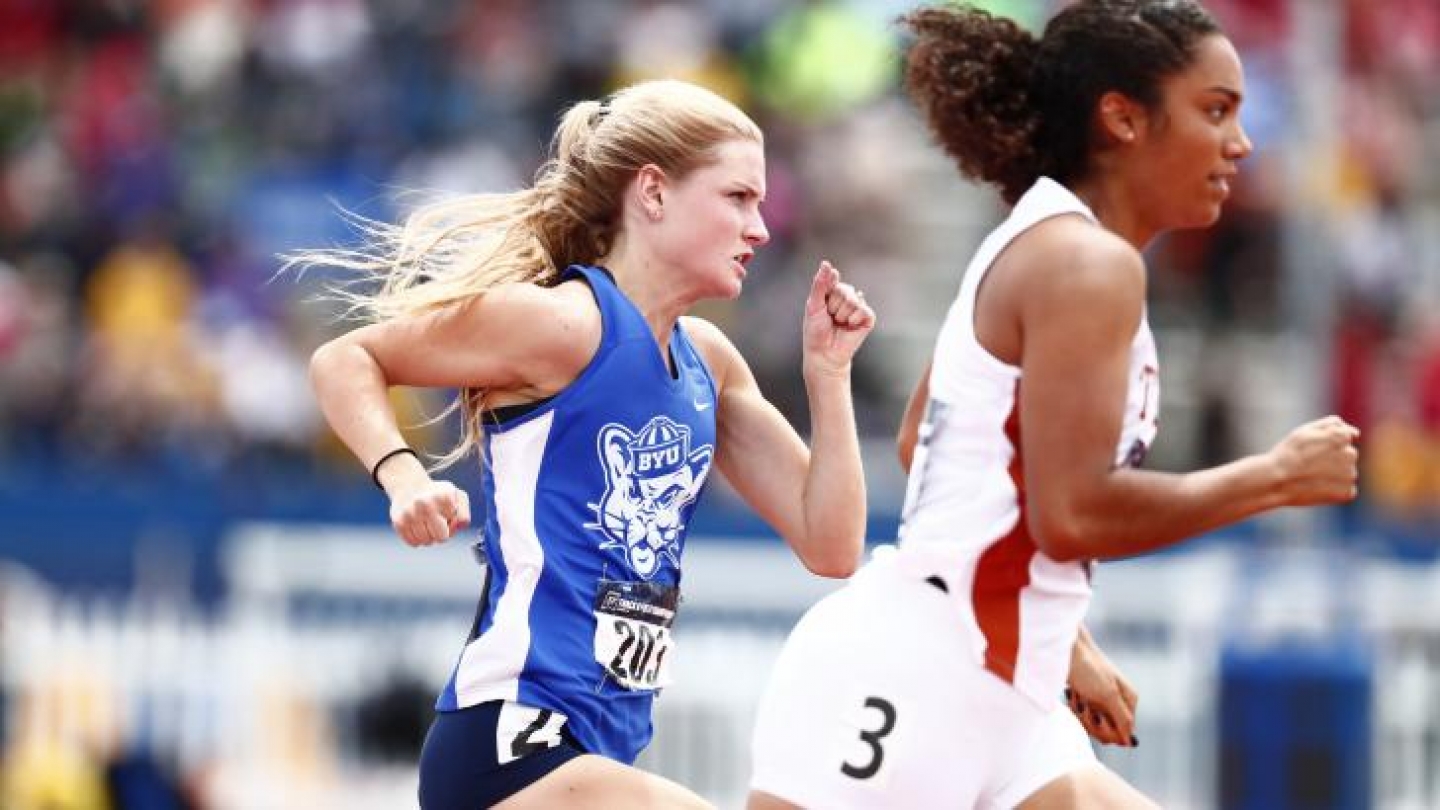 BYU Track and Field will head down south on Thursday for competition in the Sun Angel Classic, which will go from April 7-8 in Tempe, Arizona at Sun Angel Stadium.

Continuing through the season with their goal of recording times and marks that will qualify runners for regionals, the Cougars see this meet in Arizona as a chance for additional athletes to perform at their best.

"This is going to be a really good meet for our athletes to have opportunities to run fast and throw far and jump high," BYU head coach Ed Eyestone said. "We typically have great competition from the Arizona schools and from some other schools around the country from major conferences that go down for spring break, so it should be a really nice meet for us."

More than 25 athletes have already recorded regional-qualifying times, and several of them reside in the top 10 nationally, including Tatenda Tsumba in the 100m (third), Chase Horrocks in the 1500m (sixth), Clayton Young in the 10,000m (second), Korey Smith in the 400m-hurdles (tenth), Daniel Carney and Jacob Heslington in the 300m-steeplechase (fifth and tenth) and Kevin Nielsen in the decathlon (fourth).

The women are also represented in the top 10 nationally, with Shea Collinsworth, Whittni Orton and Erica Birk in the 1500m (second, sixth and tenth, respectively), Brenna Porter in the 400m-hurdles (ninth), Courtney Wayment and Kristi Rush in the 3000m-steeplechase (second and sixth) and Lindsay Yetter and Andrea Stapleton in the high jump (tied for fifth).

Eyestone will rest his male and female distance runners in preparation for next week’s Mt. SAC Relays, and they'll also be accompanied by some BYU throwers.