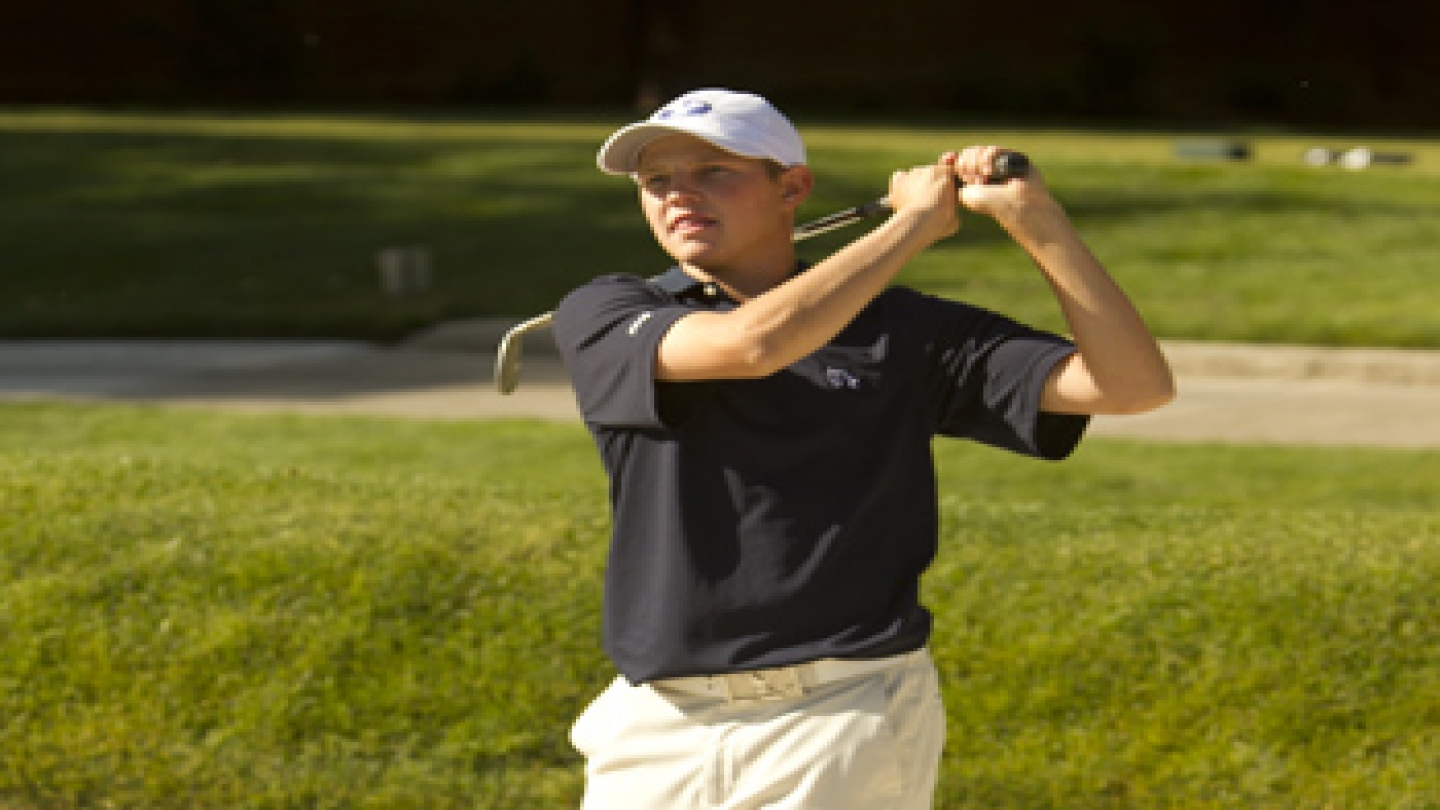 PROVO -- Zac Blair shot a final-round 65 (-7) to capture his first-career individual title by one stroke at the PING Cougar Classic Saturday.

After finishing day one tied for fourth place at 4-under-par, Blair birdied six of his last nine holes in round three, for a tournament-low 65 and the championship. Over the final 18 holes he carded eight birdies and just one bogey.

Blair has finished in the top-5 the last two tournaments and has seven top-20 finishes during the 2010-11 season.

"Zac is just a gamer," said BYU head coach Bruce Brockbank. "He competes and he has carried us all year."

Despite improving by 11 strokes from round two to round three, the Cougars could not gain enough ground to move within reach of team champion Colorado State. BYU shot a 9-under 279 on the final day.

Cameron Edens bested a second-round 71 (-1) by sinking six birdies in round three and carding a 3-under 69. After finishing day one tied for 40th, Edens grabbed a share of 16th place overall, his second-consecutive top-20 finish.

In his final Cougar Classic, senior Esteban Calisto finished tied for 19th with a 217 (+1) tournament total. Calisto was followed closely by teammate Alton Anderson, who tied for 32nd after a third-round 77 gave him a tournament total of 219 (+3).

Other in-state institutions Utah, Weber State, Utah State and Southern Utah also competed in this year's Cougar Classic. Utah, who finished seventh, was led by Jeff Kitches, who tied for 15th (216 E). Weber State and Utah State tied for 13th and 15th respectively. Nick Despain led Weber State by tying for 11th (215 -1) while the Aggies were led by Tyson McFarland, who joined Despain in a tie for 11th. Southern Utah was led by Jeff Evans, who posted a tournament total of 220 (+4) to tie for 40th.

BYU now readys itself for the Mountain West Conference Championships which begins May 5 in Tucson, Ariz.

* competing as an individual