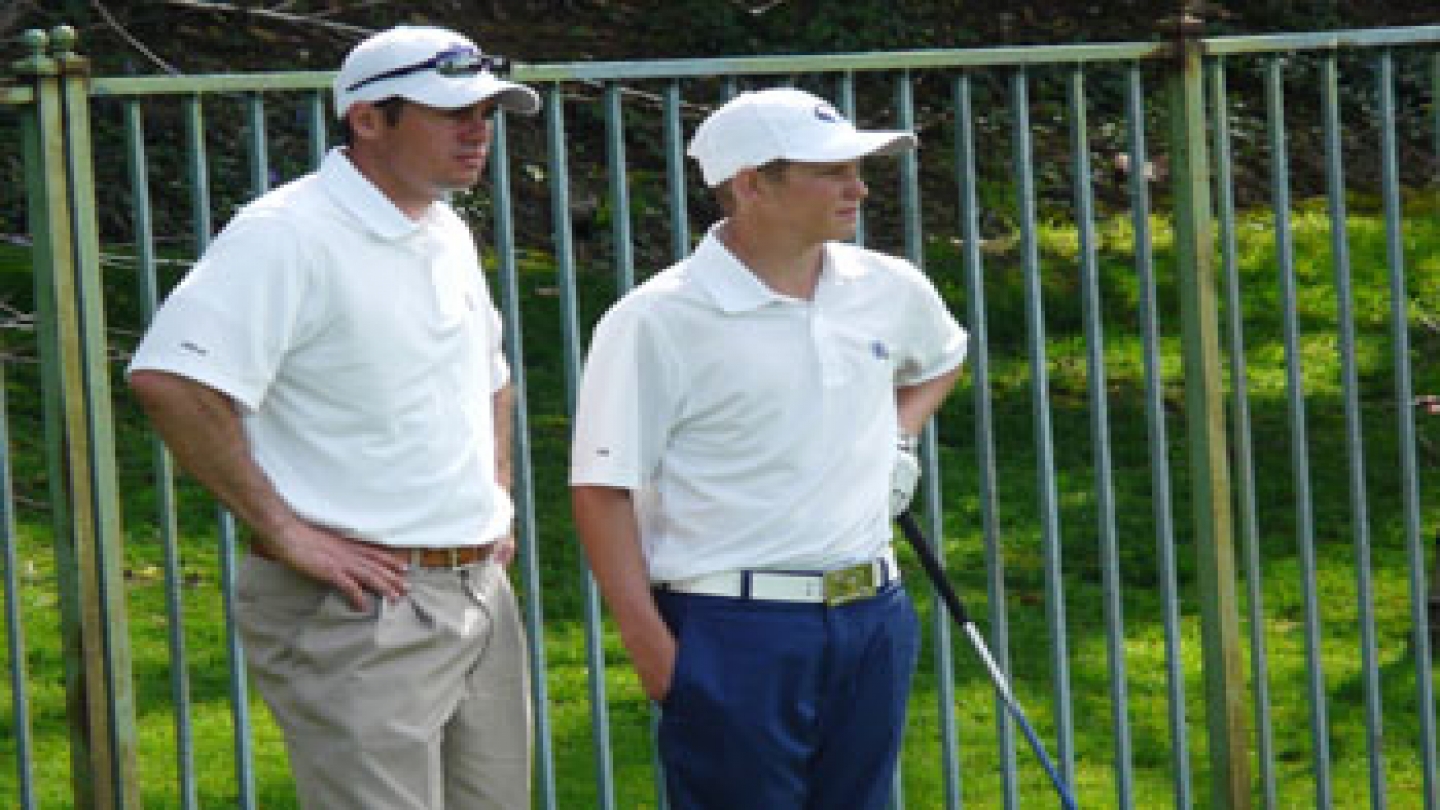 ERIE, Colorado -- The BYU men’s golf team recorded a sixth place finish at the Mark Simpson Invitational as the final round of play concluded Tuesday.

"We had a lot of bright spots today," said BYU head coach Bruce Brockbank. "We are showing signs and today was a move in the right direction."

Sophomore Zac Blair had another solid day for the Cougars, shooting a 2-under 70 with three birdies on the day. Blair finished the tournament at 2-under and tied for seventh place overall, best among Cougar finishers.

"He's (Blair) pretty tough," Brockbank said. "He is playing pretty well right now and he is someone that we need to lean on."

Sitting at +4 after day one, senior Esteban Calisto came back strong in round three to shoot a 1-under 71 and tie for 20th place overall.

Senior Cameron Edens and sophomore Adam Tebbs finished tied for 34th place after finishing the tournament with rounds of 73 and 76 respectively. Junior Daniel Reid added a 3-over 75 in the final round of play.

"The course was really firm and fast today," Brockbank said. "It was a challenge for us but we did a pretty good job of making adjustments."

The Mark Simpson Invitational is in memory of and named for the late Mark Simpson, Colorado’s head golf coach from 1977 until his untimely death in December 2005 after a year-long battle with lung cancer.

"It was a great event," Brockbank added. "It was the first annual and they did a super job of running the tournament."

Next up for the Cougars is the William H. Tucker Intercollegiate in Albuquerque, New Mexico, which begins Friday, Oct. 1.