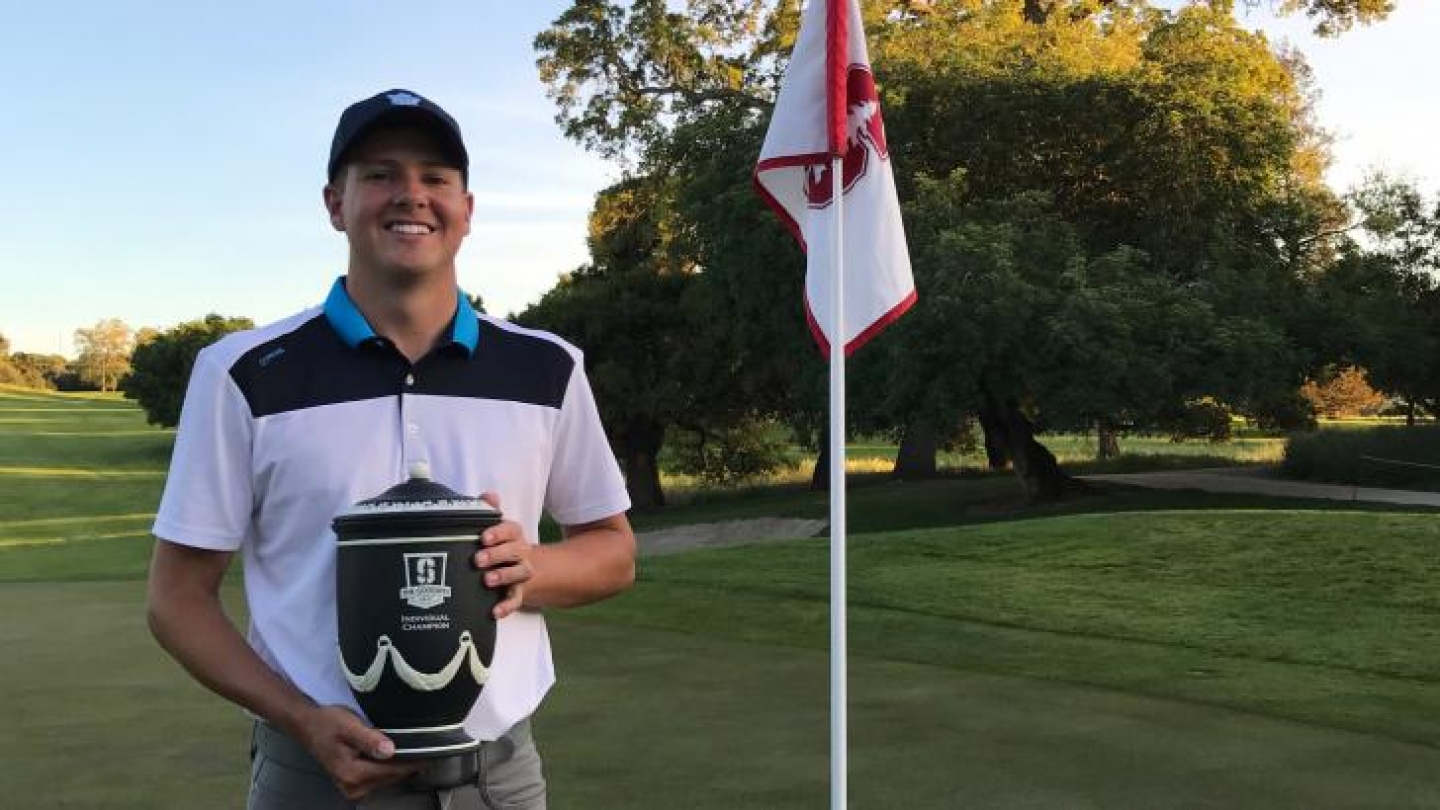 “This course is tough,” BYU head coach Bruce Brockbank said. “We played so poorly yesterday, but I am pleased with how the team bounced back today. We still have a long way to go, but we made progress.”

The Cougars fired a team-best round of 285 on Saturday to move from 10th to eighth place. BYU shot +34 for the tournament in the 49th year of The Goodwin.

Rasmussen led the Cougars, carding 72-64-70 for the tournament. The freshman birdied holes 1, 4 and 14 on Saturday, and birdied 12 holes in three rounds of play.

“It was good to see Rhett (Rasmussen) win The Goodwin,” Brockbank said. “It is exciting for him. His 64 yesterday was something. We knew he had it in him. It was probably one of the best rounds of golf I have seen in a while.”

Rasmussen’s 64 was the lowest by any competitor in The Goodwin and is a team-best round for any Cougar this season.

“I played a pretty flawless round yesterday (Friday),” Rasmussen said. “It was probably the most complete round I have played all year. It’s great to be able to play with some of the best players in the country. This win gives me confidence that I can compete.”

Patrick Fishburn tied for 31st place, firing 71-75-71. The junior shot 7-over for the tournament. Peter Kuest carded a 72 on Saturday to finish at 13-over for the event.

CJ Lee and Zach Pritchard rounded out the scoring for BYU. Lee shot 20-over, while Pritchard shot 21-over.

BYU men’s golf will travel to Seattle April 3-4 to participate in the Seattle Invitational held at Chambers Bay Golf Course, the site of the 2015 U.S. Open Championship.