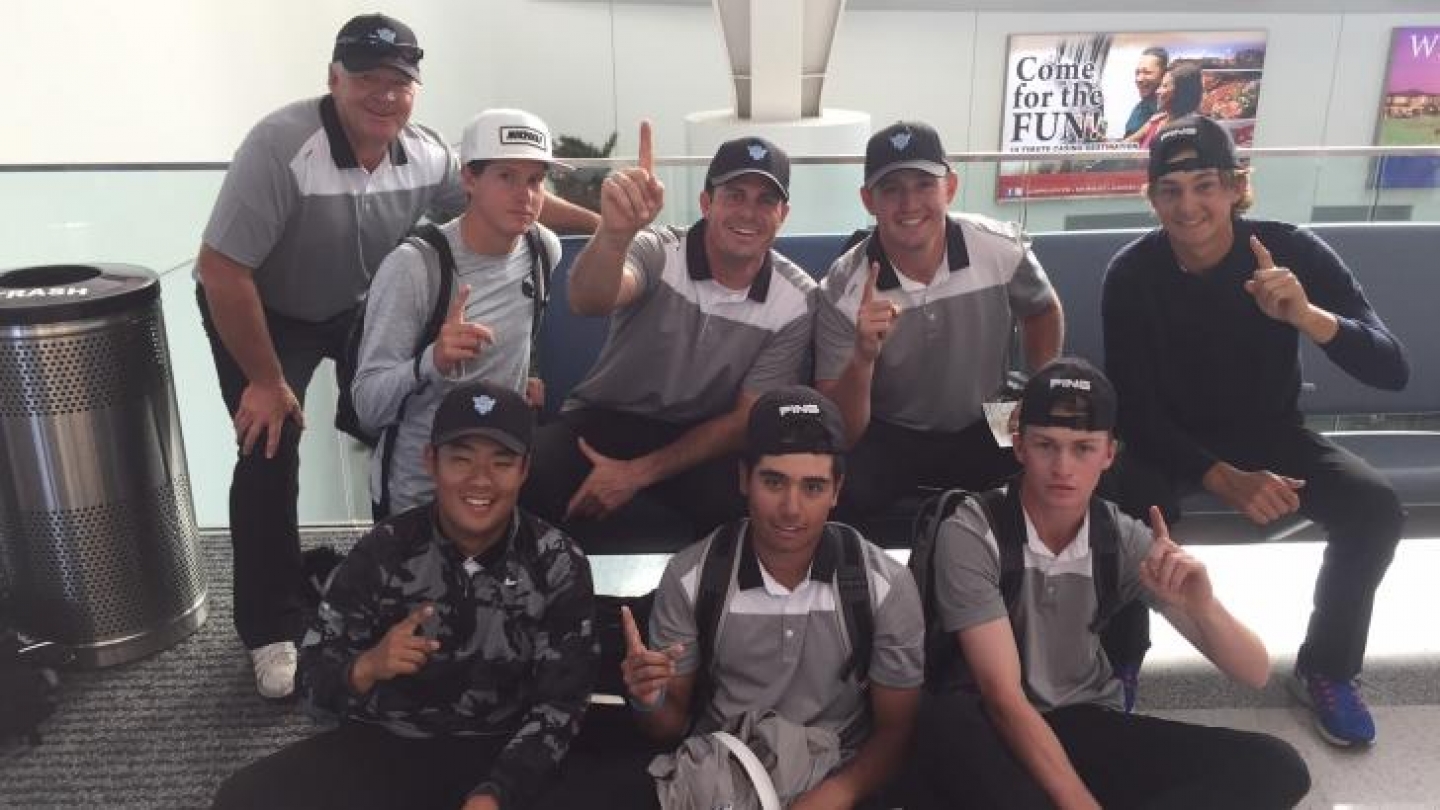 “The guys played really well yesterday and today,” BYU head coach Bruce Brockbank said. “I'm especially proud of Peter and Patrick. They both played really solid golf. We were feeling the pressure yesterday and we started off tight and got behind, but then we played better throughout our second and third rounds and fortunately we hung in there.”

The Cougars ended the tournament at 1-over-par, edging out the competition by two strokes as Nevada and St. Mary’s tied for second place with 3-over-par. This is the second first place finish for the men's golf team this fall. They won the Olympic Club Intercollegiate in September.

On day one, the Cougars shot 1-over-par and were tied for third place, led by Fresno native Peter Kuest's 2-under-par through 18 holes of play. Patrick Fishburn followed shooting 1-under while Spencer Dunaway ended the round at 1-over-par.

Spencer Dunaway finished the second round shooting 1-under-par while Rhett Rasmussen ended the round at an even par. BYU was in first place through two rounds of play with a total of 572 (+4).

The Cougars held the lead going into the last day of the tournament. Fishburn stepped up and finished shooting 4-under-par to seal his third place finish. Kuest ended the final round shooting a 69 (-2) and CJ Lee added an even par of 71 to maintain the Cougars’ lead. BYU finished the invitational shooting 3-under-par in the last round of 18 holes.

"We hung in there all three rounds," Fishburn said. "We didn’t get off to the best start, but we battled back and played well, especially the last hole. Out of our five golfers, we had three birdies and one eagle."

Fishburn tied for third overall with a total of 210 (-3) while Kuest tied for fifth with 211 (-2). Dunaway finished tied for 16th shooting 3-over-par through 54 holes. Rasmussen and Lee ended the competition tied for 31st and 37th place, respectively.

"It feels really good to win two out of three tournaments," Kuest said. "We're on an emotional high right now. We battled the whole way through. We didn't give up. We stayed positive and that helped us through the end."

BYU will continue its fall season next Monday and Tuesday October 10-11 at the Alister Mackenzie Invitational in Fairfax, California.