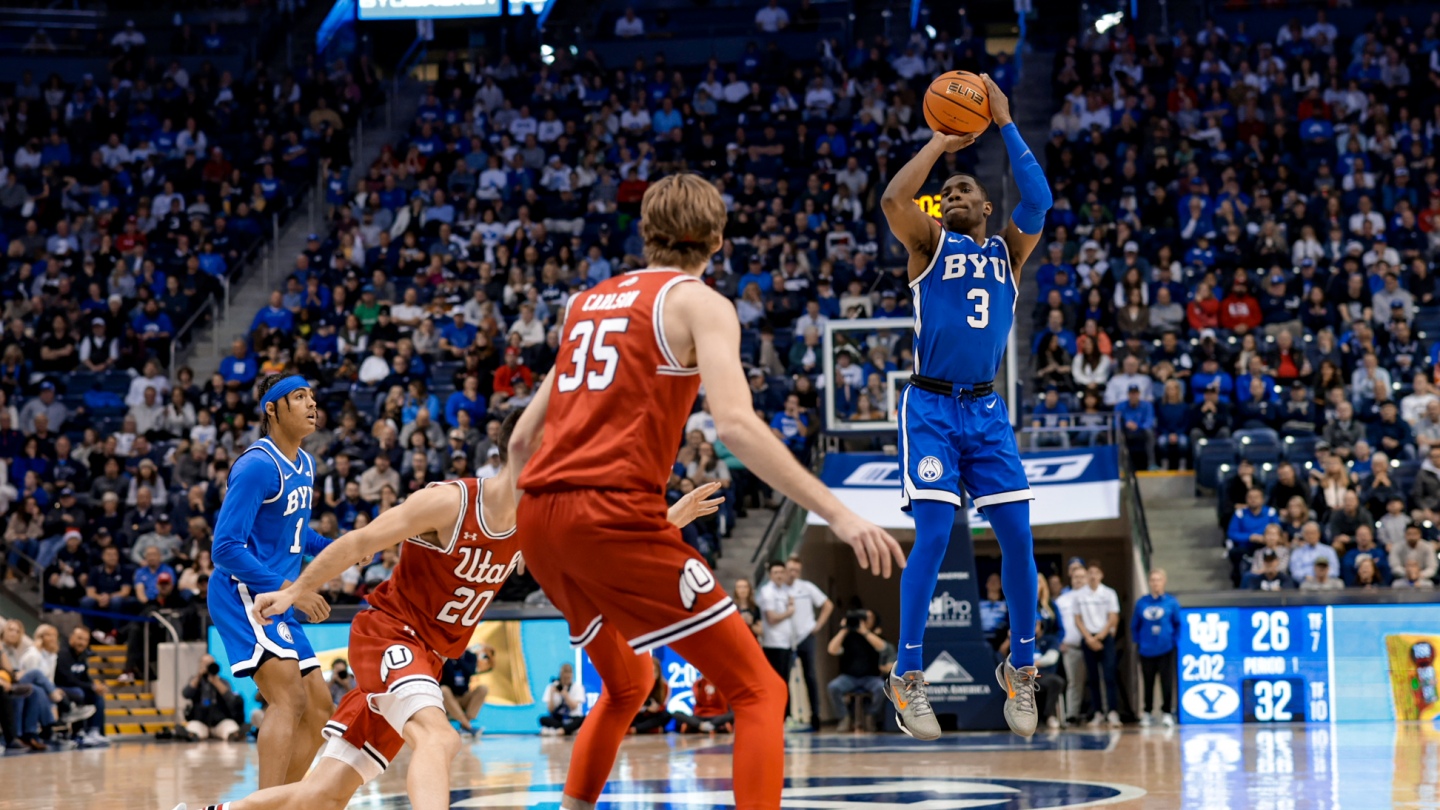 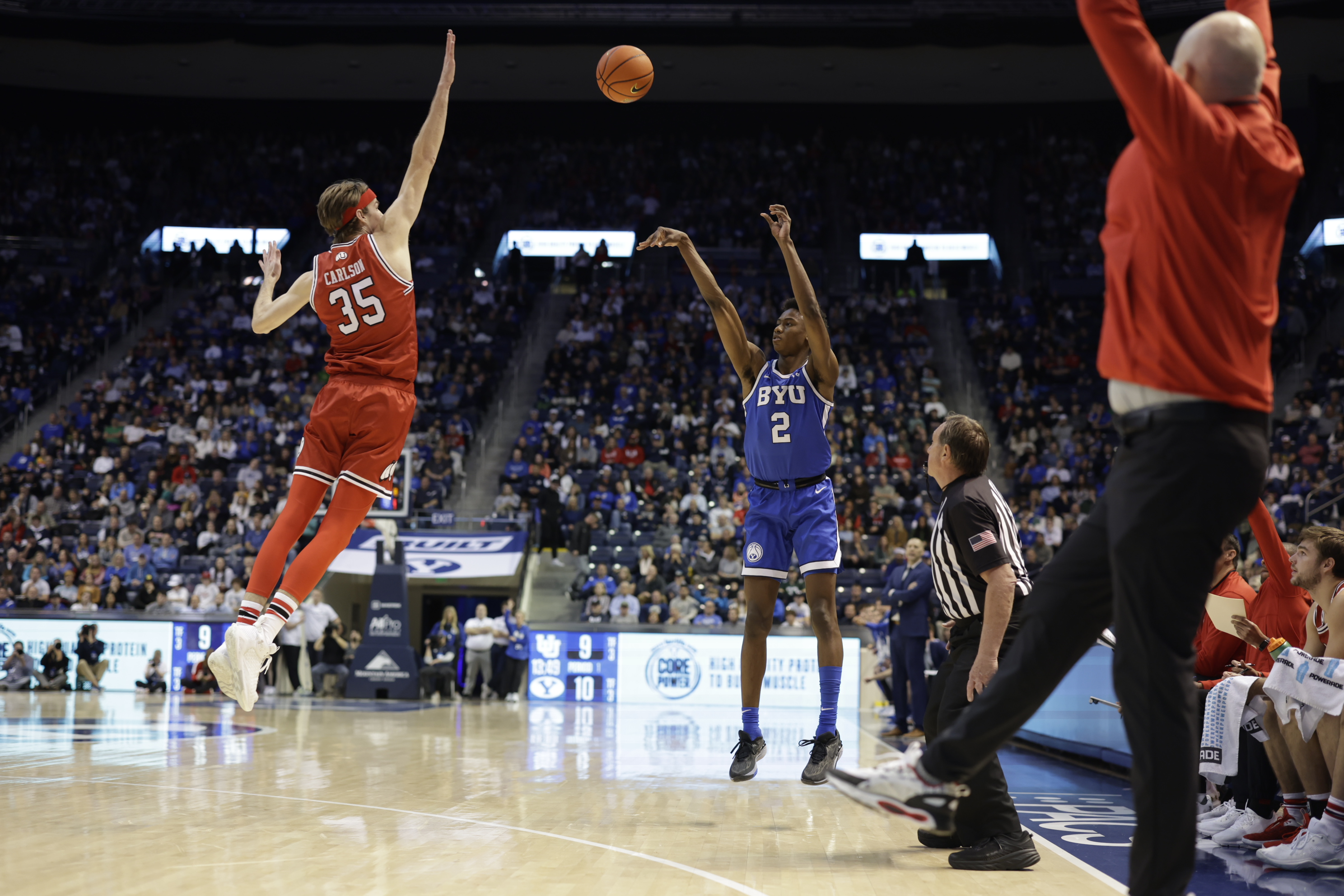 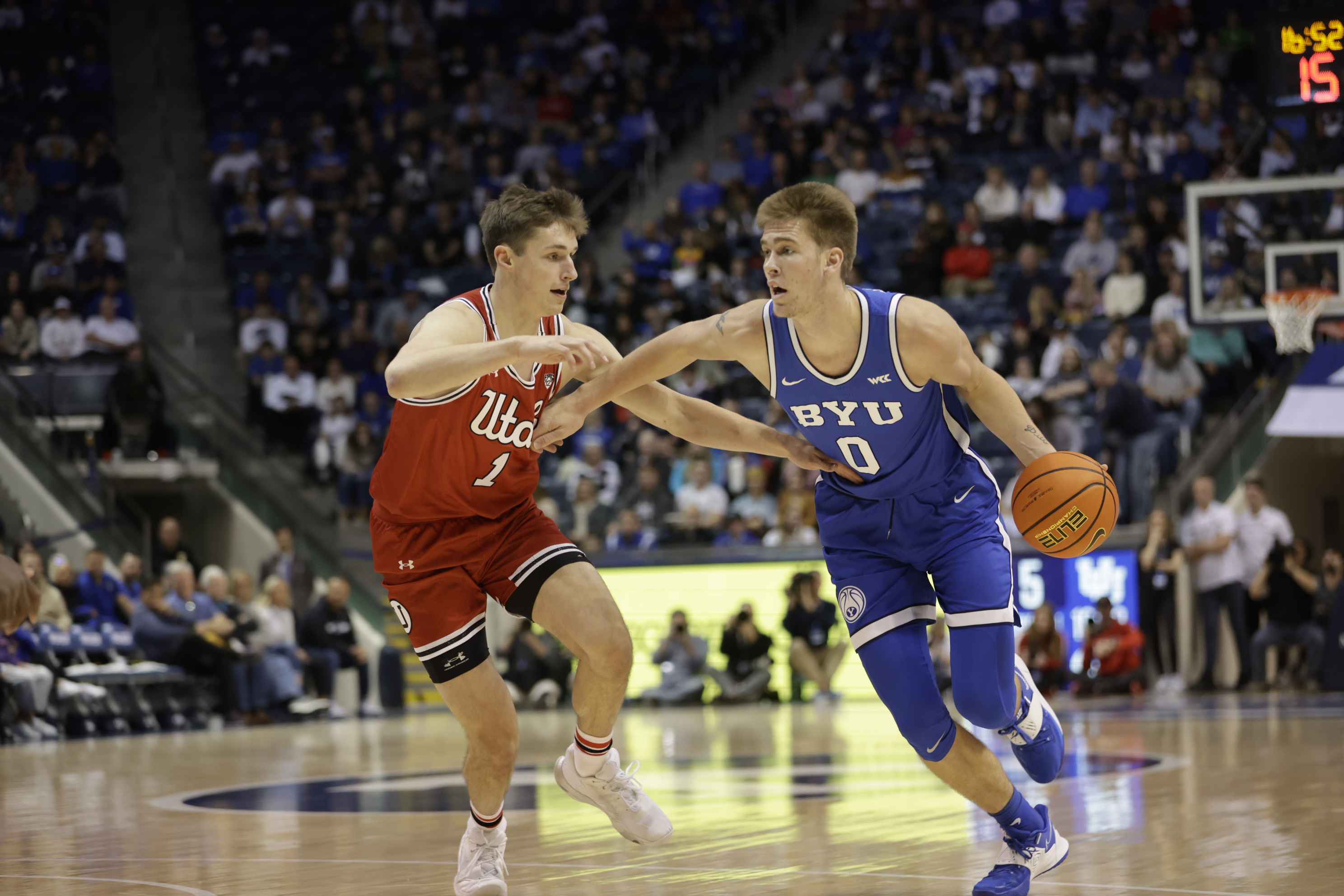 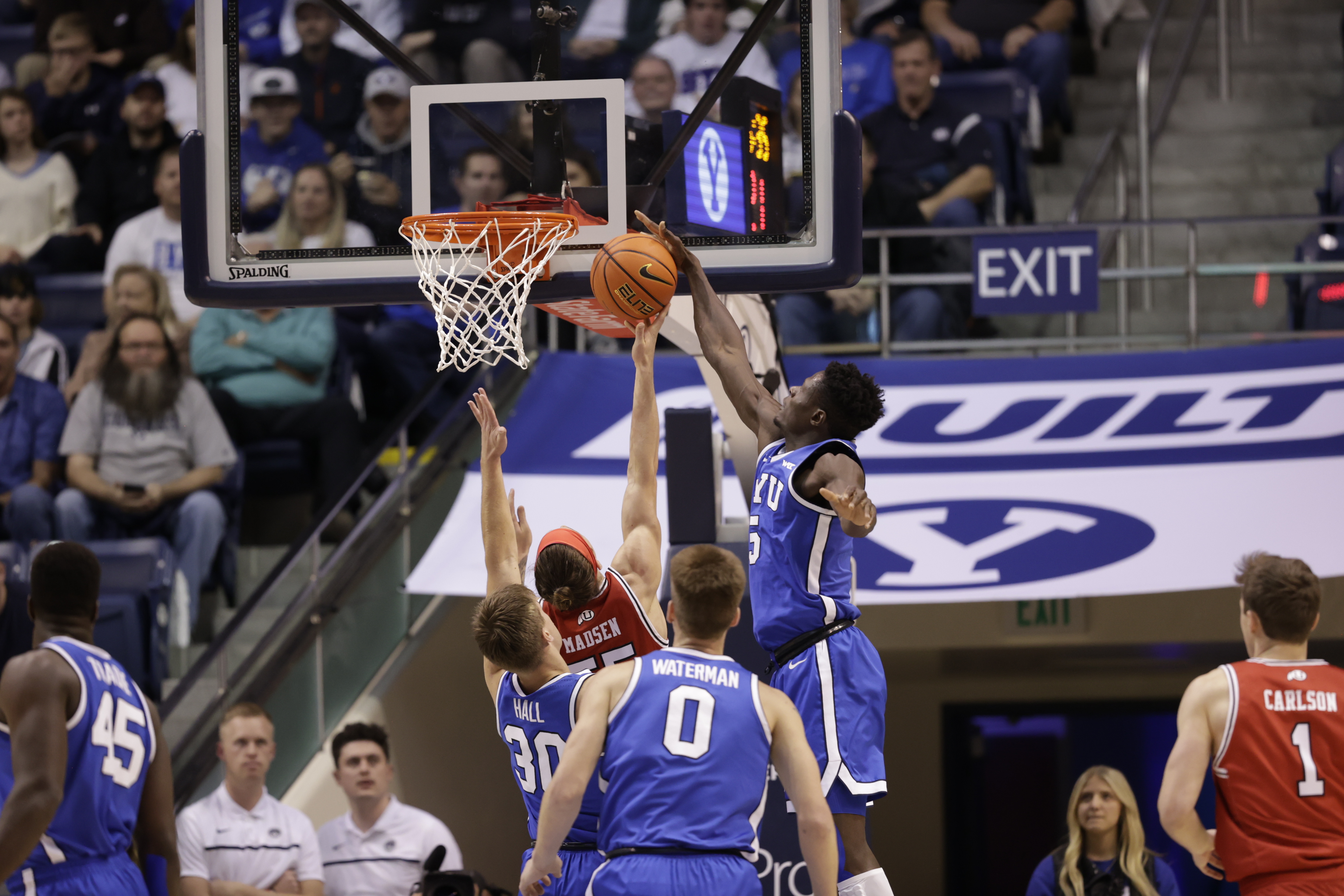 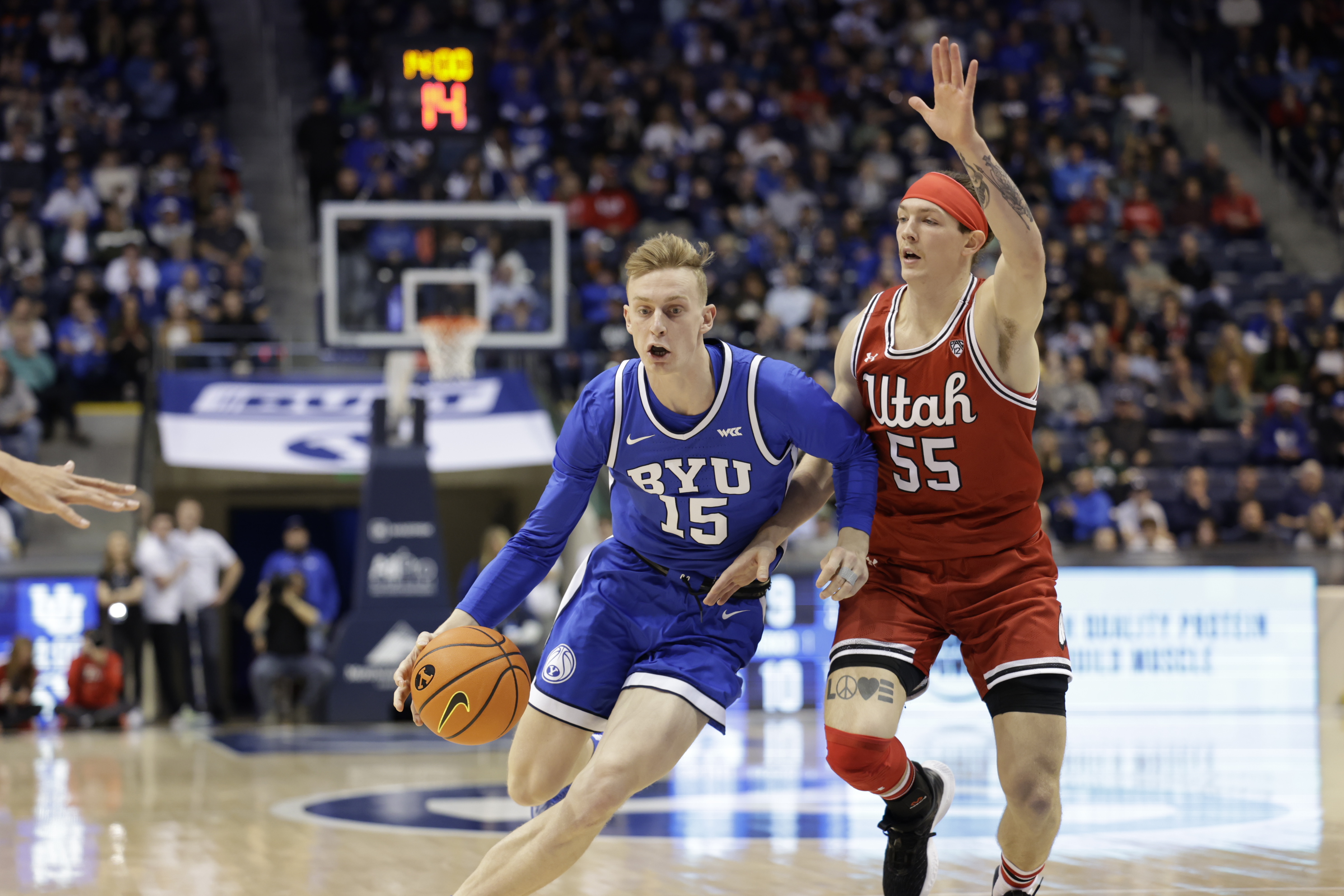 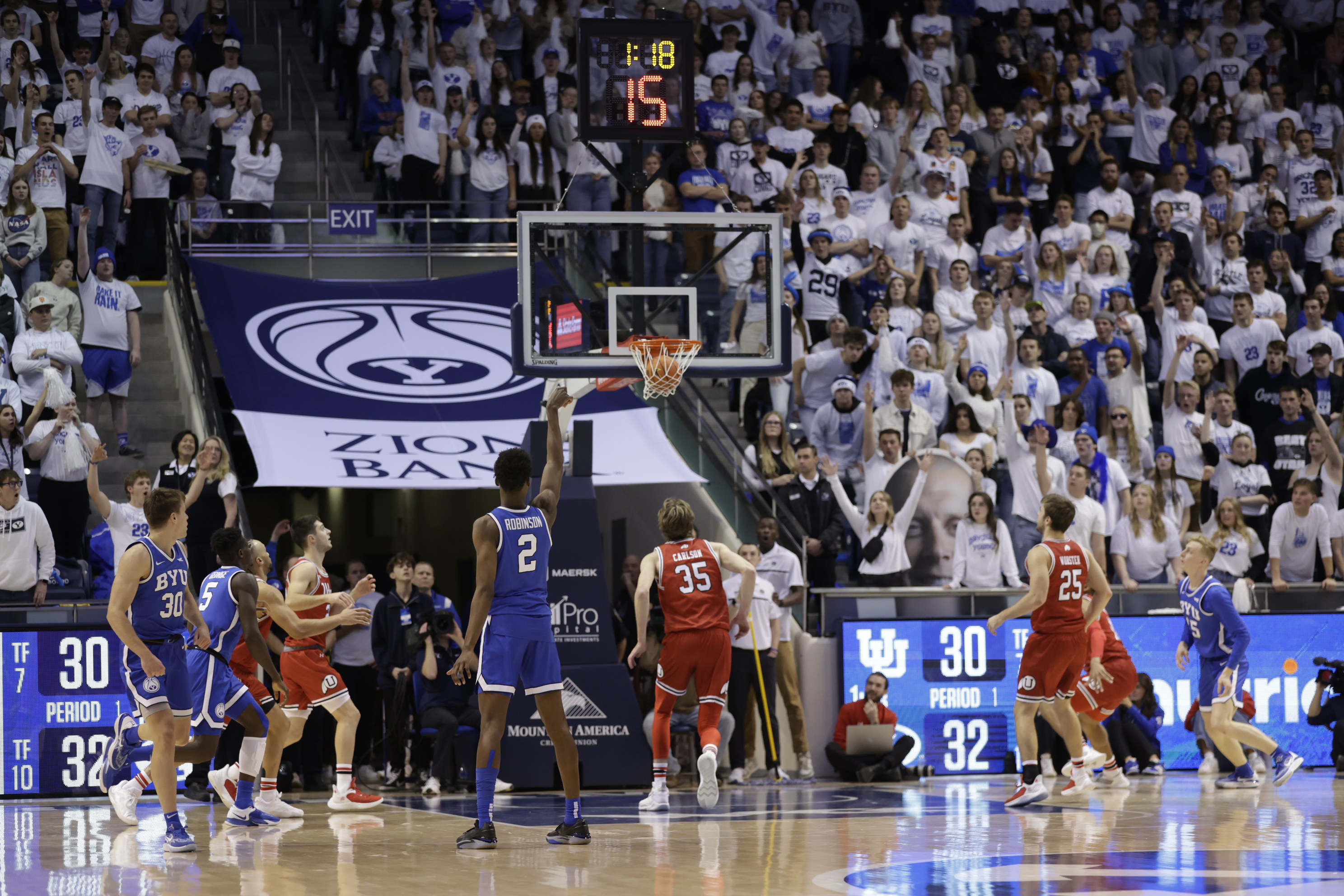 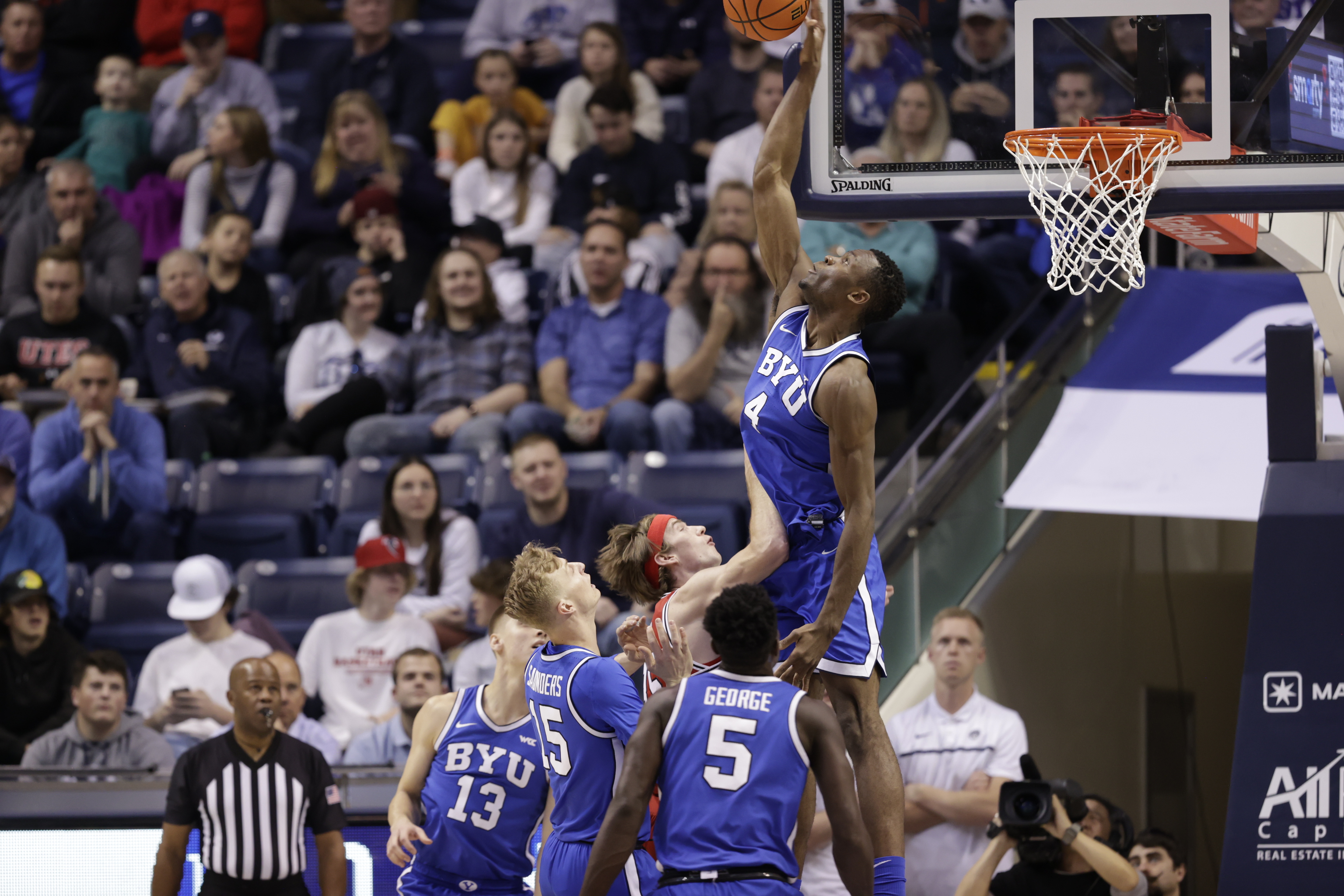 PROVO, Utah — Rudi Williams scored 26 points off the bench for a second time this season as BYU extended its win streak over Utah to three games on Saturday afternoon at the Marriott Center with a 75-66 victory over the Utes.

“The thing I loved the most was the rebounding game because that has been huge for us, it’s the reason we’re still alive," said head coach Mark Pope. "The glasses are controllable, that’s an effort, an energy, and a passion that takes team-wide commitment, so the fact that we could win on that side again tonight was super important to me."

Williams was an efficient 9-of-13 from the field, 2-of-4 from 3-point range and 6-of-7 from the charity stripe as he becomes just the third player in program history to score 25 or more off the bench in the same season. Fousseyni Traore reached double figures for the eighth time this season with 17 points and eight rebounds. Gideon George and Jaxson Robinson also reached double figures with 11 and 10 respectively.

The Cougars shot 41.3 percent from the field and 29.2 percent from 3-point range against a Utah defense that ranked in the Top 5 nationally in field goal percentage. They also outrebounded the Utes, 41-39, including nine on the offensive glass.

Traore quickly got the Cougars on the board scoring his first bucket of the game in the paint, giving BYU a 2-0 lead. Traore continued to provide the Cougars with firepower, scoring their first 10 points of the game.

With just over 10 minutes remaining in the half, the Utes led 16-15. Utah was shooting 55 percent from the field compared to BYU’s 38 percent.

Back-to-back three-pointers from Williams capped a 9-0 scoring run giving the Cougars the lead again, as they led 26-22 with just over six minutes remaining in the half.

Williams off the bench provided BYU with 12 points in the first half, propelling the Cougars to a 35-31 lead at the break.

Gideon George sunk the first bucket of the second half, extending the Cougars lead to 37-31. George continued to score for BYU, extending its lead to 45-38 with just under 16 minutes remaining in the game.

A Traore bucket off the glass continued to give BYU the lead, as the Cougars led 50-42 with just under 10 minutes remaining in the game.

The Cougars continued to extend their lead as Jaxson Robinson converted a layup, giving BYU a 54-44 advantage.

A Williams jump shot from the top of the key brought the Marriott Center to its feet as the Cougars extended their lead to 58-44, with just over six minutes remaining in the game.

Lazar Stefanovic sunk a three-pointer for the Utes cutting their deficit to 60-54, with just under four minutes remaining. An 8-0 run for Utah cut its lead to just 60-57.

A Dallin Hall 3-pointer electrified the Marriott Center as BYU led 65-57 with just under two minutes remaining in the game. The Cougars continued to hold the lead as they led 70-64 with just over 20 seconds remaining.

BYU will continue its home stand as it welcomes Lindenwood to the Marriott Center on Tuesday at 7 p.m. MST. The game will be broadcast live on BYUtv with radio play-by-play on BYU Radio Sirius XM 143, BYURadio.org/BYURadio app and KSL 102.7FM/1160AM. 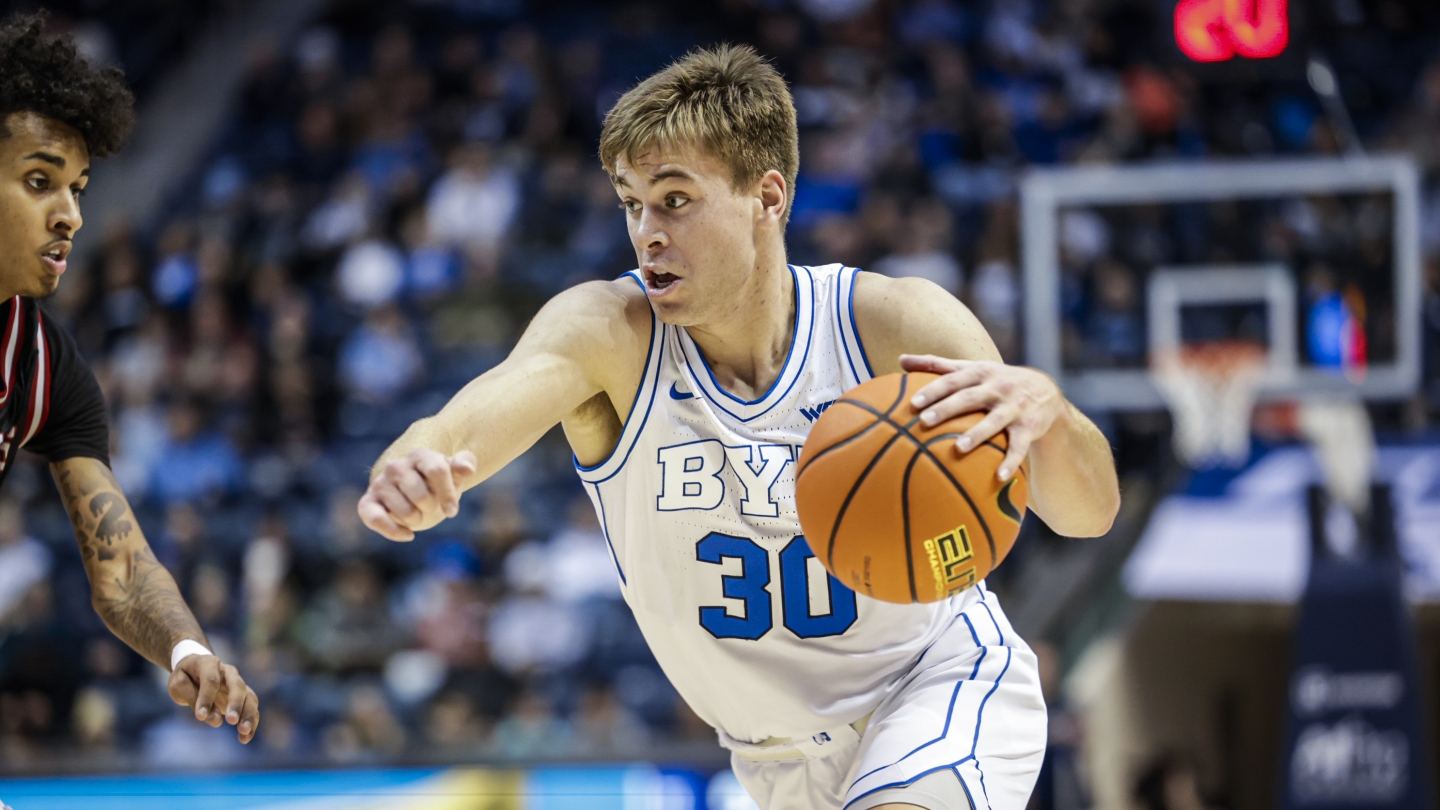 PROVO, Utah – BYU and Utah will face-off for the 263rd time on Saturday, December 17, when the Cougars host the Utes at the Marriott Center. Tip is scheduled for 4 p.m. MST.

Saturday’s contest will be broadcast on CBS Sports Network. Jason Shepherd and Mark Durrant will also be on the call on BYU Radio 107.9, BYU Radio app and BYURadio.org.