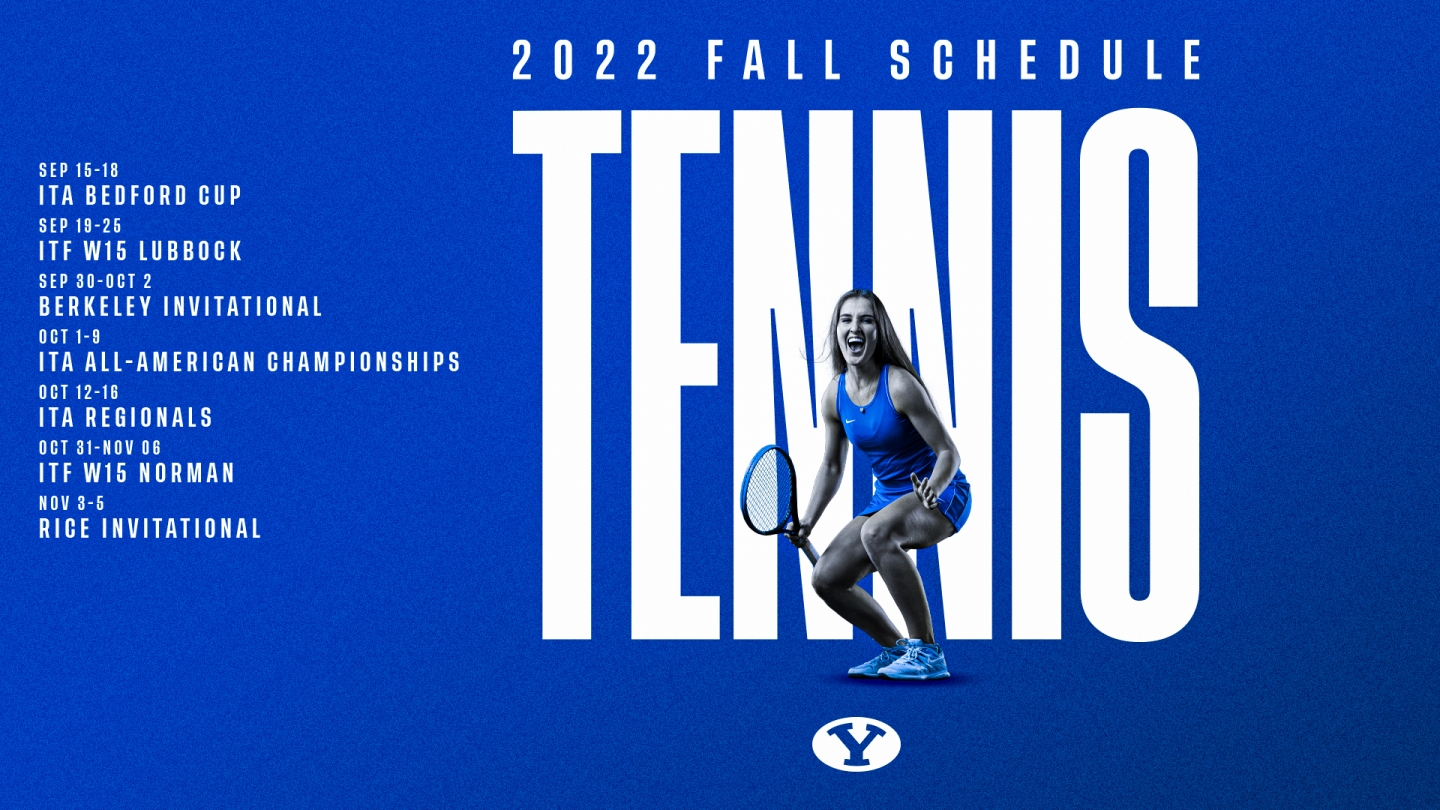 PROVO, Utah – BYU women's tennis 2022 fall schedule has been announced by head coach Holly Hasler. The Cougars will find themselves in California, Colorado, Nevada, North Carolina, Oklahoma and Texas throughout the fall campaign.

"We are excited to get the fall season underway. It’s great to see who put in the work over the summer months," Hasler said. "It’s also fun to create a new culture each year with the incoming freshmen. There definitely isn’t much time to settle in with Colorado Springs right around the corner, so we plan to hit the ground running. We are especially excited to start giving the girls opportunities to play in pro events throughout the season."

The Cougars will then travel to California, competing in the Berkeley Invitational beginning Sept. 30 followed by a trip to Cary, N.C. for the ITA All-American Championships on Oct. 1. Players selected will be announced at a later date. BYU will send its whole team to the ITA Regionals schedule to begin on Oct. 12. in Las Vegas, Nev.

Huang will then find herself in Oklahoma, competing in the ITF W15 Norman, on Oct. 31. which will be the second and final professional tournament she competes in during the fall. Lastly, the Cougars will close out their fall season in Houston, Texas competing in the Rice Invitational beginning Nov. 3.