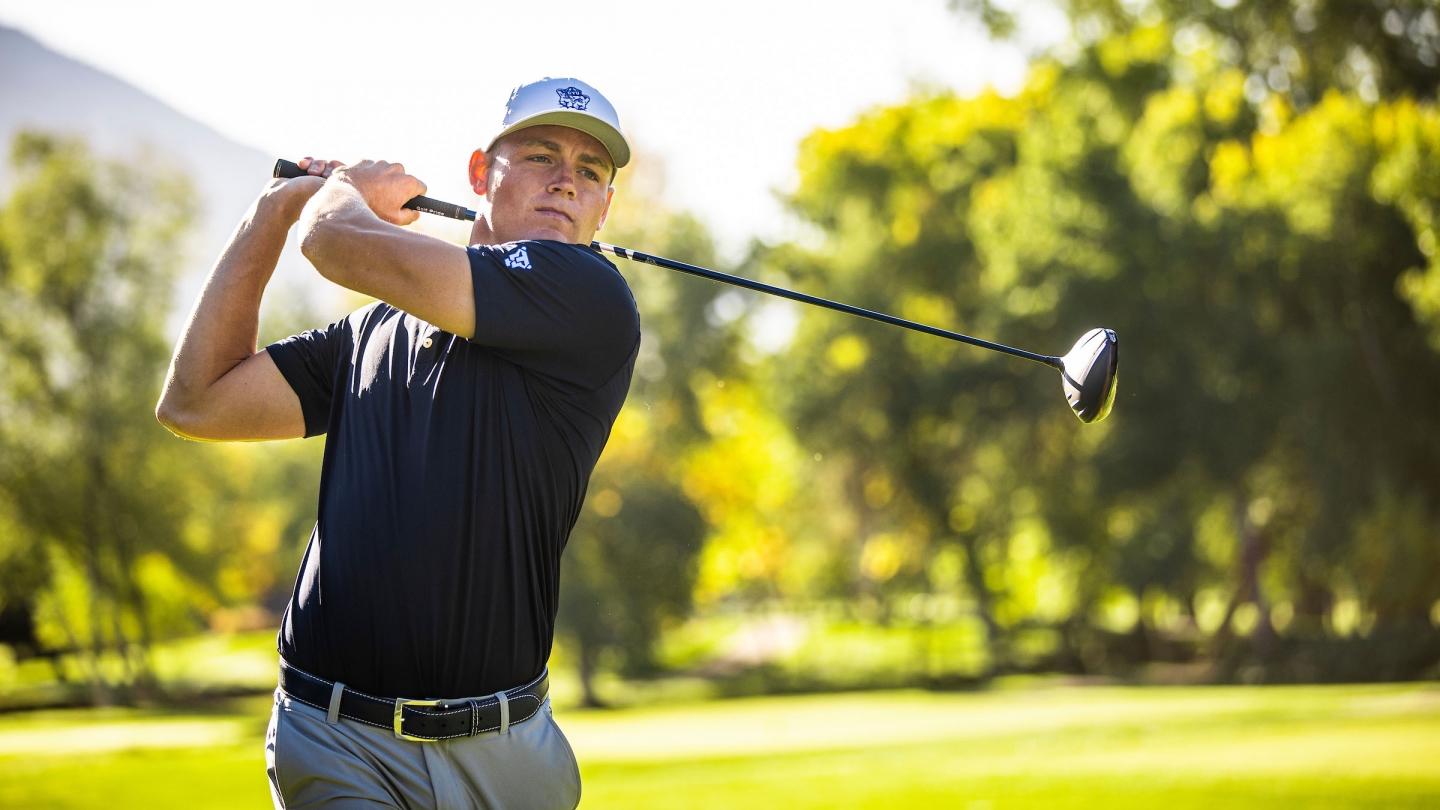 LOMPOC, Calif. – BYU freshman golfer Max Brenchley shot a 71 (-1) to lead the way in BYU's best and final round of the La Purisima College Invite on Tuesday.

"Max played impressive golf this week," BYU head coach Bruce Brockbank said. "It is nice to see this kid has been working and he is such a competitor. It was good to see him step up and help the team."

Brenchley was the Cougars' top finisher and tied for fifth overall in a round where the team shot a 287 (-1) for the best third-round score of any team at the tournament.

"It was a better team score today," Brockbank said. "It was a step in the right direction but we are still far off from what we are hoping for."

BYU suffered from early-round setbacks before showing big improvement today, closing with its best round for a combined 888 (+24) at the La Purisima Golf Course. San Diego won the event with two strong rounds to start yesterday before slowing to a 296 (+8) today, hanging on to first place with an 861 (-3). Saint Mary's 865 (+1) and Loyola Marymount (+16) finished second and third, respectively.

Junior Carson Lundell also finished in the top 10 with a 72 (E) today to tie for ninth. David Timmins also posted a 72 (E) to take 14th place.

Spencer Dunaway also saved his best round for last with 72 (E) as well, tying for 25th at the tournament. Brock Stanger shot an 81 (+9), finishing in 31st.

BYU plays in its final tournament of the fall on Nov. 5-6 at the Rustic Collegiate Classic in Moorpark, California.