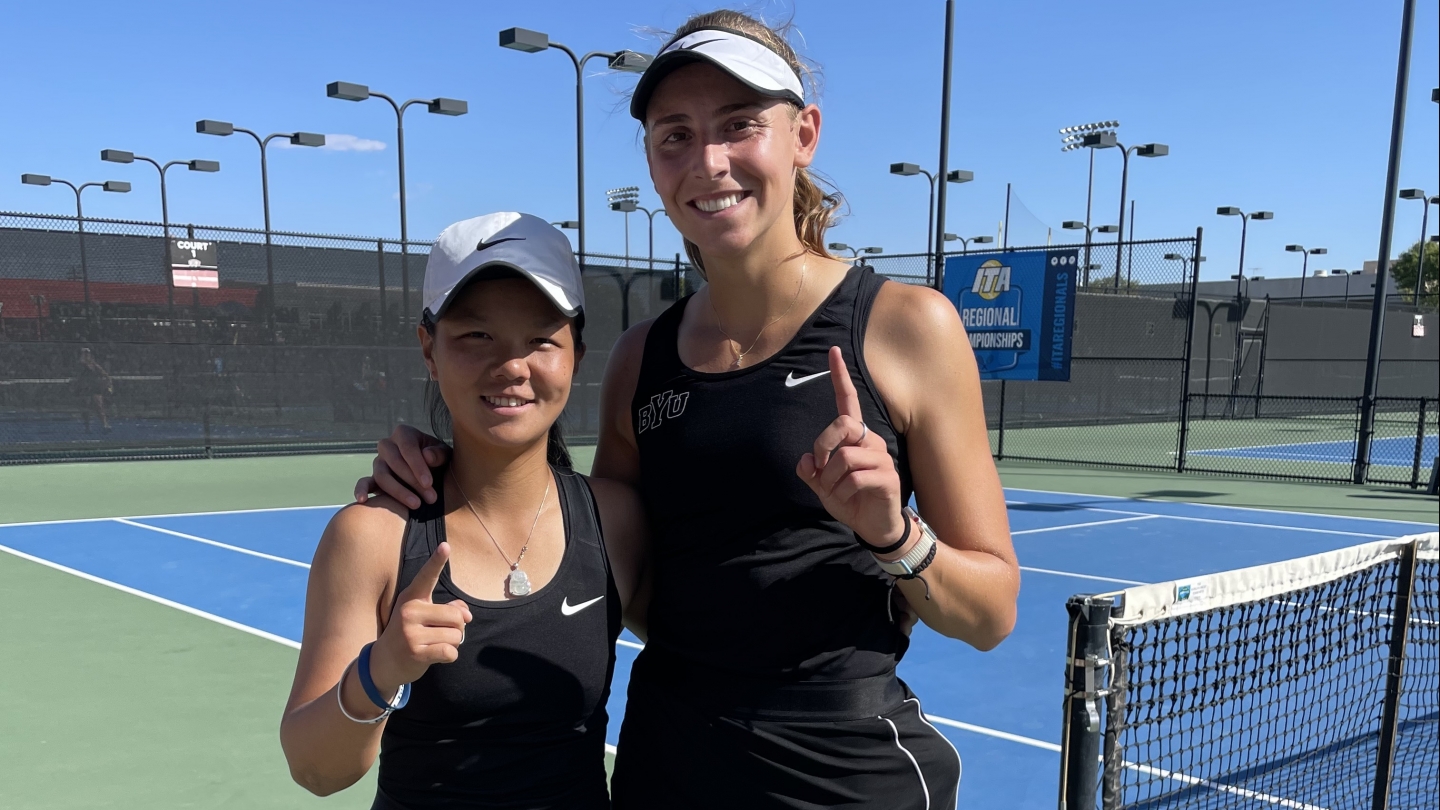 The tandem of Astle and Huang has yet to lose a doubles match this fall, and their continued success on the court has earned them a chance to compete for a national title. They are the first Cougars to qualify for the fall championships since Jenny Miccoli and Anastasia Sourkova did in 2006.

Huang is 10-0 in doubles matches this fall, while Astle is 7-0, as she did not compete in the ITA Bedford Cup in the Mountains in September.

“What a way to finish," said Holly Hasler, BYU head coach. "This undefeated team is a dominant duo and plays with great energy regardless of the situation."

Astle and Huang competed in the Main Draw Doubles Bracket, defeating Ecton and Weekley (Ecton and Weekley defaulted due to injury) (Colorado State), Ernstberger and Stewart (Boise State) 8-3, Kung and Burton (Utah State) 8-4, and Goncharova and Tattini (Utah) in the semifinals. The championship match between BYU and New Mexico was not played and both doubles teams were awarded nationals qualifications.

"It was definitely disappointing that New Mexico chose not to play the final on Saturday or Monday," Hasler said. "However, the girls are excited to stand out and show everyone what they've got in San Diego."

Jiao is now 6-4 in singles matches this fall.

“Overall, this was a great tournament for us," Hasler said. "To have an undefeated doubles team, and a semifinal showing in singles, shows the hard work is paying off. We love this tournament, because win or lose we just keep playing matches and looking for opportunities to improve and get better. Every player on this team had a great win after a loss, and that’s exactly what we are aiming for at this point in our fall season."

The full results of ITA Regionals can be viewed below.

BYU will next compete in the Rice Invitational on Nov. 3 in Houston, Texas. Astle and Huang will compete in doubles at the ITA National Fall Championships that will begin Nov. 2 in San Diego, Calif.