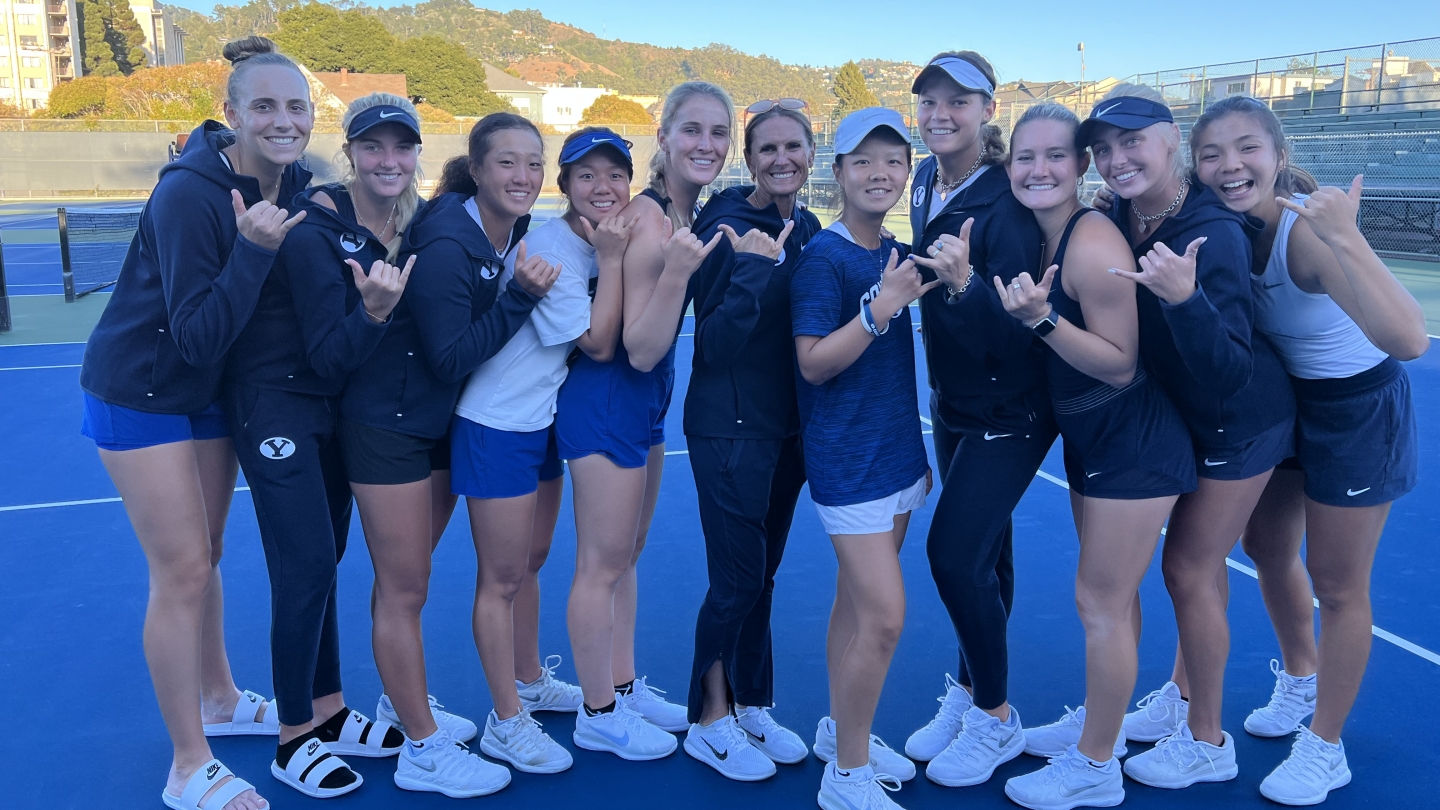 BERKELEY, CALIF.- BYU women's tennis picked up wins over Stanford and Cal this past weekend at the Cal Fall Invitational.

“It was two long days of tennis with 38 matches played amongst the girls at Berkeley this weekend," head coach Holly Hasler said. "We fought harder than our last tournament, and we improved on many things."

Astle and Huang competed in the top flight doubles bracket (blue), making a run to the championship match defeating Pacific's Tomi Main and Alexis Sam (8-0) in the first round, Stanford's Angelica Blake and Alexis Blokhina (8-7) 7-5 in the second and Cal's Valentina Ivanov and Jessica Alsola (8-3) in the semifinals. Astle and Huang did not compete in the final round due to BYU's Sunday-play policy.

"It was fun to see Emilee and Bobo, in their first time playing together, rise to the occasion and go undefeated against some of the top teams in the country," Hasler added.

Huang competed in the top flight singles bracket (blue), defeating Sacramento State's Tsveti Yotova (6-2, 6-0) in the first round, UC Davis's Yana Gurevich (6-3, 7-5) in the second before falling to Stanford's Connie Ma (6-2, 6-3) in the semifinals.

Li finished the tournament undefeated in her singles bracket (white) defeating Santa Clara's Kacey Feng (6-2, 6-3) in the first round, San Jose State's Rozalina Youseva (7-6, 6-4, 6-2) in the second and UC Davis's Madeleine Page (6-3, 6-3) in the semifinals. Li did not compete in the final round due to BYU's Sunday-play policy.

"Tina Li had a remarkable breakthrough this weekend" Hasler added. "This should give us great confidence going into our regional tournament next week in Las Vegas.”

BYU will next compete in ITA Regionals that will begin Oct. 12 in Las Vegas, Nev. The full results of the Cal Fall Invitational can be viewed here.