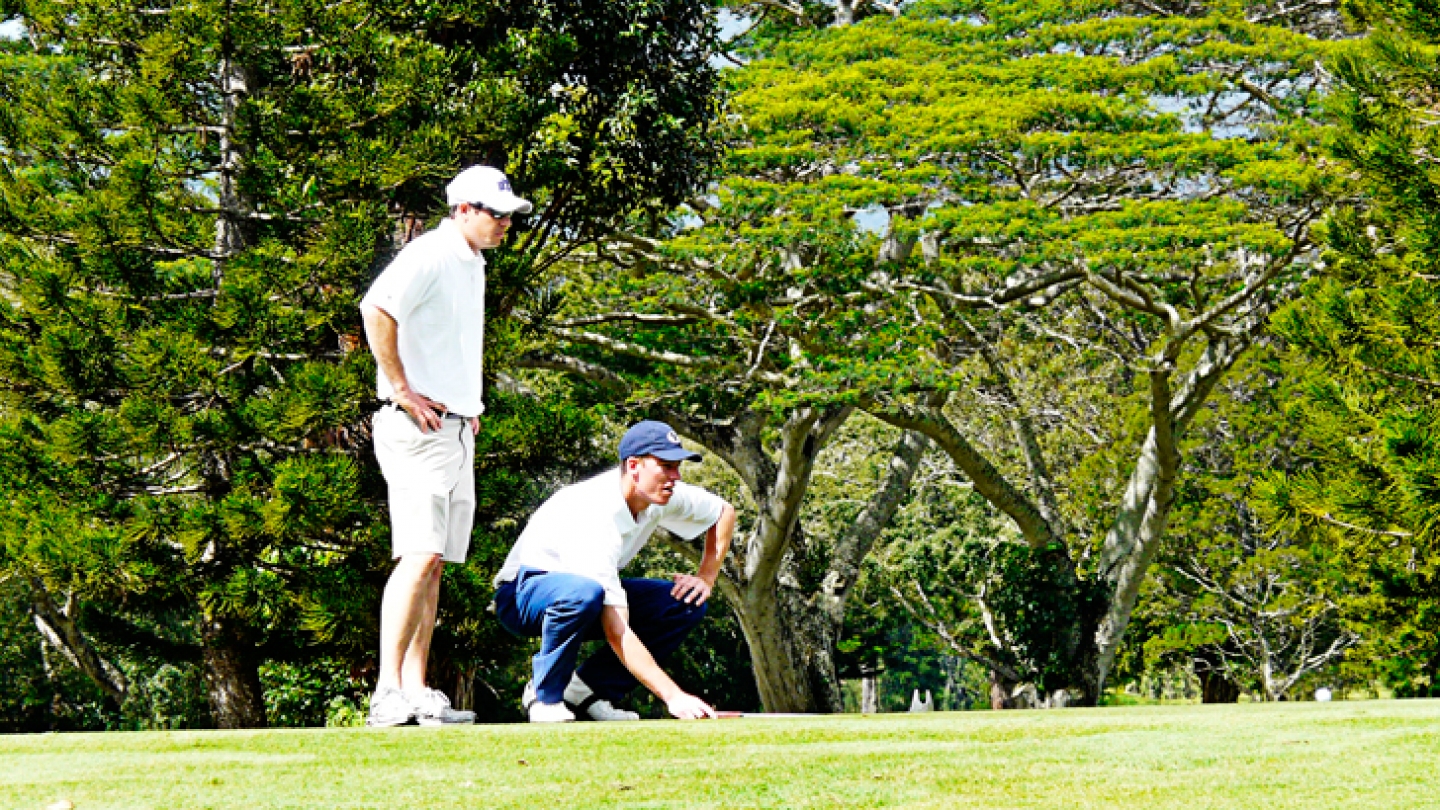 FAIRFAX, Calif –The BYU men's golf team saw flashes of brilliance from its young squad at the MacKenzie invitational, but finished sixth for the second consecutive time.

After a somewhat sluggish first round, the Cougars found a better grove in rounds two and three to finish 16-under for the tournament.

“We showed signs of greatness out there,” said BYU coach Bruce Brockbank. “The first round we were a bit sloppy, but we’re still young."

The young talent led the way for the Cougars. Freshman McCoy Willey led the team shooting 7-under for the tournament. Willey finished especially strong, shooting 68 in both the second and third rounds.

“I’ve hit the ball well all week,” Willey said. “I hit a lot of greens and just need to make a few more puts drop.”

Willey, who finished 12th overall, was followed by Zac Blair who finished 27th. After one round, Blair led the field, shooting a 64, but he could not find his groove in the second and third rounds.

“Zac’s 64 was really impressive,” Brockbank said. “He struggled but he has been carrying us for so long.”

The rest of the squad had a solid last two rounds as well. Recently returned missionary Jordan Hammer shot rounds of 66 and 70 to catch 28th place overall. Freshman Patrick Fishburn finished with rounds of 70 and 69 after struggling in round one.

The course was designed by Alister MacKenzie, who is best known for his design of Augusta National.

"We’ve never been to this invitational,” Brockbank said. “It was a really fun course; a golfer-friendly course.”

The Cougars return to action on Oct. 31 at the Pacific Invitational.