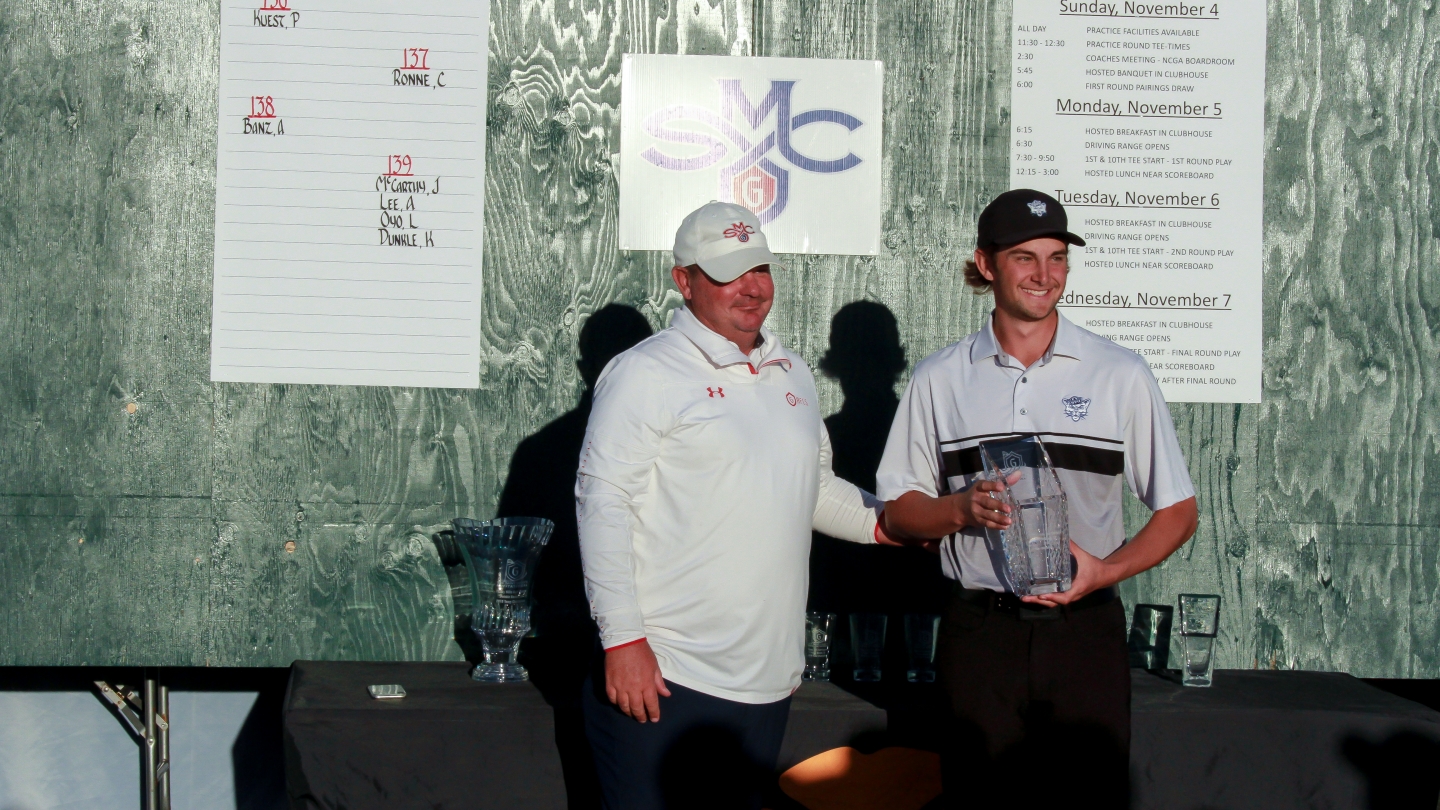 PEBBLE BEACH, Calif. – Peter Kuest finished in first place at the Saint Mary’s Invitational to win his second consecutive tournament and third of the season, while BYU men’s golf took second as a team to close out its fall season.

The University of Southern California managed to move into first place as a team, thanks to three top-10 finishers, but were unable to overcome Kuest’s record-breaking individual performance. He shot a 70 (-1) in the final round to secure his first-place finish, after setting the record for the best round at Poppy Hills Golf Course with a 61 (-10) in the opening round. His total score of 200 (-13) tied the 54-hole record at the course.

Rhett Rasmussen fired an impressive 69 (-1) in the final round to finish in the top 10 as well, tied for ninth. Chad Hardy was one-over par with a 73 to put himself in 20th and Austin Banz tied for 30th with a 78 (+7) in the third round. Individual competitor Kelton Hirsch came in 43rd with a 73 (+1) and freshman Carson Lundell finished tied for 60th with a final round score of 78 (+7)

This concludes the team's fall season, having won one tournament and taking second at three. Play resumes in the spring prior to the WCC championship and NCAA regionals.