BYU in 15th after first round at The Goodwin 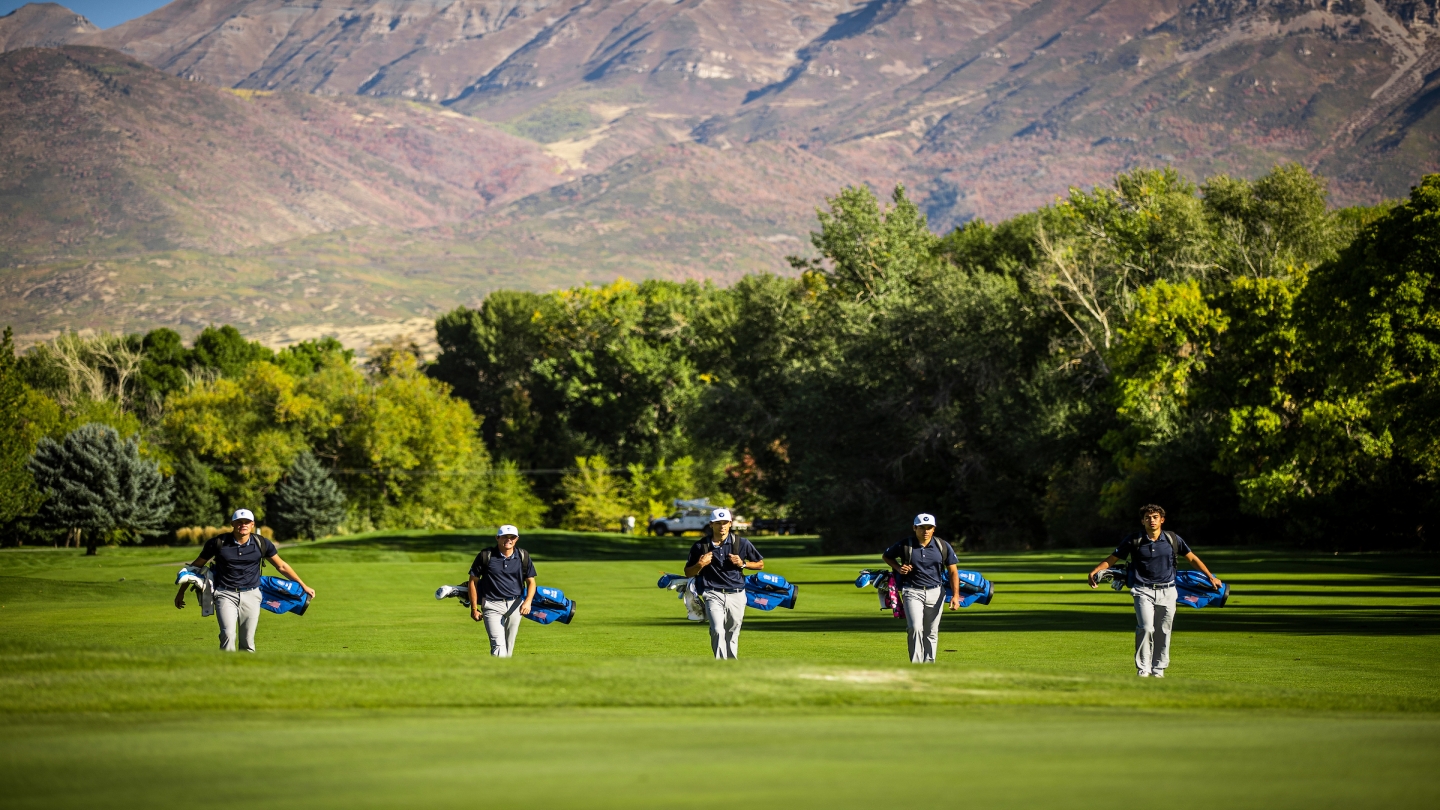 STANFORD, Calif. – BYU men’s golf is tied for 15th after shooting a 291 in the first round at The Goodwin on Thursday.

“The guys played pretty well, especially considering the conditions late in the day,” said head coach Bruce Brockbank. “It’s a very difficult course. Our score was respectable, but we made too many bogies to finish the round, so we will need a good score tomorrow morning.”

The Cougars battled through wind and an unusual afternoon tee time on the par 70 Stanford Golf Course. Heading into Friday’s second round, BYU is tied at 15th with Santa Clara and Florida Atlantic, while trailing No. 19 SMU by just three shots.

San Diego leads the five WCC-teams at The Goodwin, following a first-round score of 1-under 279 and is tied for third with Denver. BYU trails No. 12 Pepperdine by nine shots and leads Pacific by seven.

Host-Stanford leads the field of 27 teams with a first-round score of 5-under 275, three shots ahead of No. 8 Arizona State.

Cole Ponich and Carson Lundell both carded 1-over 71 to lead the Cougars' first round scoring. Despite making two bogies and a double-bogey going out, Ponich recovered with two birdies and an eagle coming in.

Lundell played steady throughout the day, firing two of his three birdies on the back-nine.

The Cougars tee-off the second round on Friday at 8:10 a.m. PDT, with the final round scheduled for Saturday, March 27. Follow the scoring live through Golfstat.

Men's golf to compete at The Goodwin 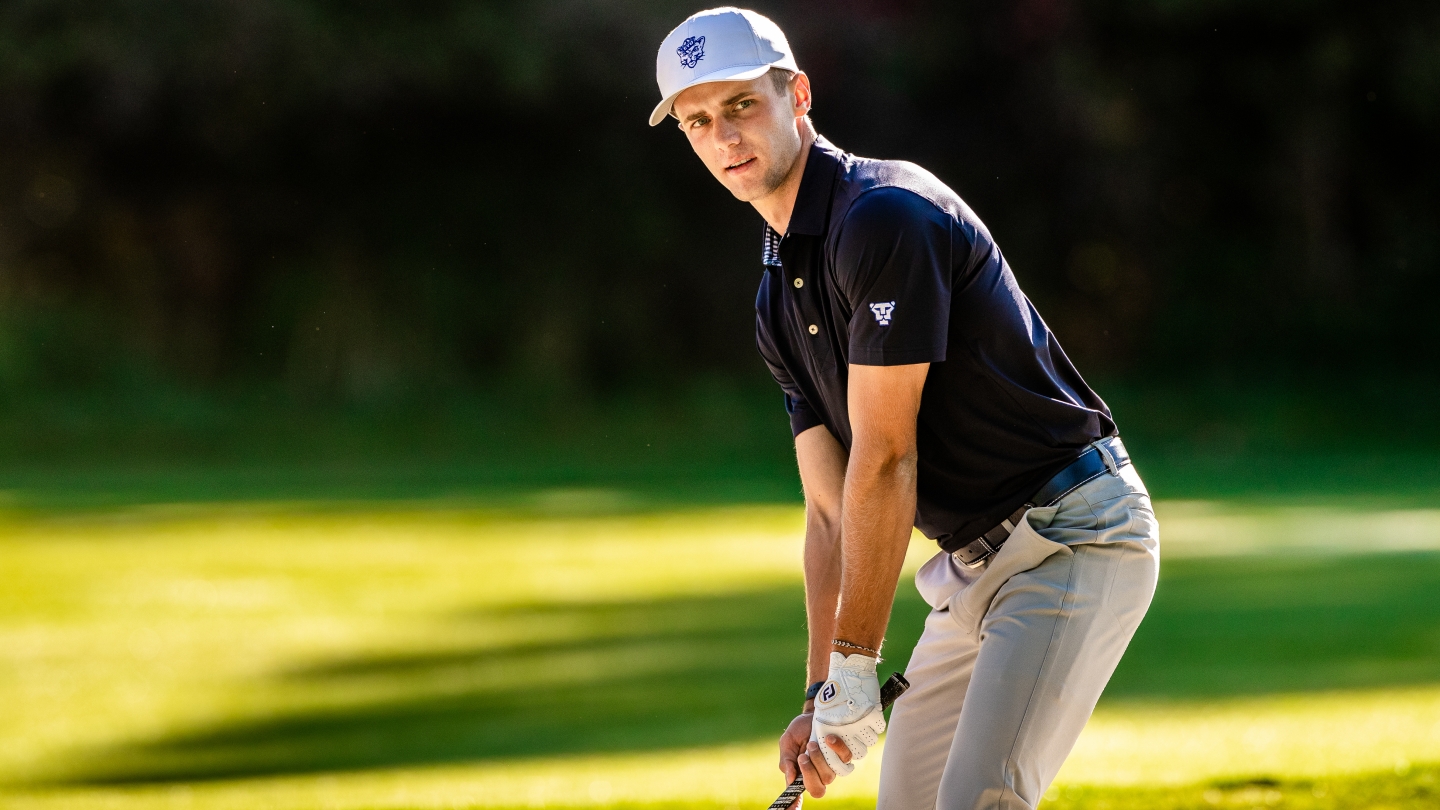 STANFORD, California – BYU men’s golf will continue its spring season at The Goodwin on March 25-27 at Stanford Golf Course.

The Cougars are scheduled to tee-off in the first round of the 54-hole tournament at 1:20 p.m. PDT on Thursday and will start the second round at 8:10 a.m. PDT on Friday. Saturday’s final round tee times have yet to be determined.

Competing for the Cougars at The Goodwin will be Cole Ponich, Kelton Hirsch, Carson Lundell, David Timmins and Elijah Turner.

While leading BYU to its first tournament title of the season, each recorded personal career-best scores at the Nick Watney Invitational in Fresno, California on Feb. 8-9.

At Stanford, Ponich will compete for his third consecutive top-5 individual finish. The sophomore from Farmington, Utah achieved a career-high third-place tie in the final standings at the Lamkin Classic following a three-round score of 73-72-69—214 on March 8-10.

Even with the team’s recent success, head coach Bruce Brockbank described the improvements he wants to see from the team going forward.

“The next step in our development is to figure out how to shoot 74 or 75 on the rough days, instead of 78,” said Brockbank. “The way you do that is to be tougher mentally and deal with the adversity that comes on the golf course.”

At The Goodwin, BYU faces a season-high field of 27 teams, including three ranked in the Golfstat NCAA D1 Top-25, in No. 5 Arizona State, No. 15 Pepperdine and No. 19 SMU.

Arizona State has finished in the top-4 or better at each of its five spring tournaments and won the Amer Ari Intercollegiate in Waimea, Hawaii on Feb. 2-4. The Sun Devils are led by David Puig, one of five golfers in the field featured in the Golfstat NCAA D1 individual rankings.

Host-Stanford headlines several other Pac-12 opponents the Cougars will face at The Goodwin, including Cal, USC, UCLA, Oregon and Washington.

This week will mark BYU’s third meeting of the season with WCC foe and nationally ranked Pepperdine. The Waves finished ahead of the Cougars and won both the Pasadera Collegiate Invitational on Oct. 5-6 and the Rustic Collegiate Classic on Nov. 5-6. Pepperdine’s Dylan Menante is currently ranked sixth nationally among individuals.

The Cougars will face four other WCC schools at The Goodwin, including San Diego, St. Mary’s, Santa Clara and Pacific, giving BYU a valuable opportunity to size-up the conference competition prior to the WCC Championships at Lake Las Vegas Golf Club on April 29-May 1.

Follow BYU with live scoring from The Goodwin via Golfstat.