No. 15 BYU to visit Gonzaga on Saturday 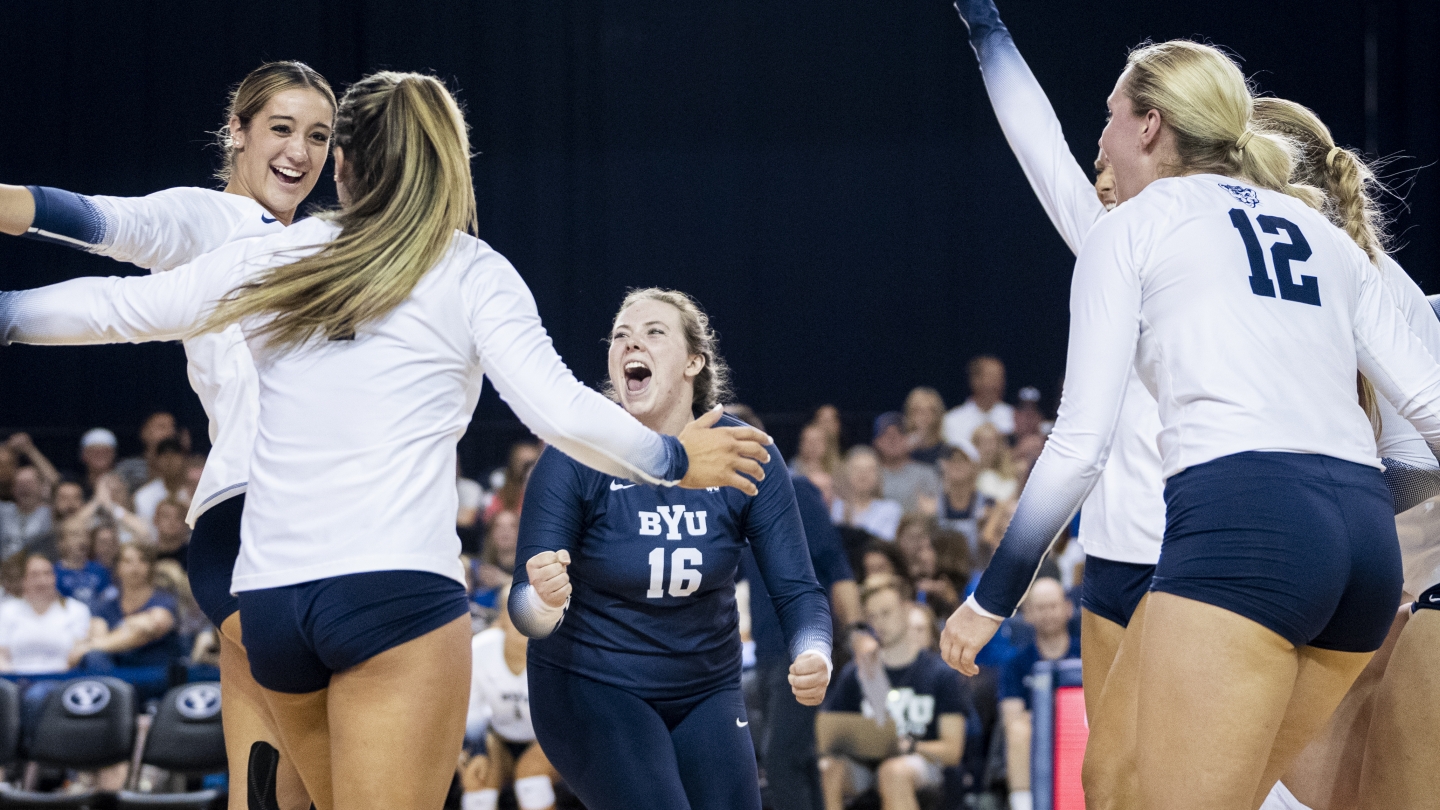 PROVO, Utah — Looking to extend its win streak to a season-high six games, No. 15 BYU women's volleyball heads to Spokane for a Saturday afternoon matchup at Gonzaga.

The Cougars took the opening game of their first West Coast Conference (WCC) road trip on Thursday night, beating Portland in three sets (25-12, 25-20, 26-24) behind a .326 team hitting percentage and a career-high 10 kills from sophomore outside hitter Elyse Stowell, who made also made her first-career start against the Pilots.

Following BYU's sweep of Portland on Thursday night, the Cougars have won five-straight, including three in a row to kick off their final WCC season. With a record of 114-19 in conference play and 76-12 on the road during head coach Heather Olmstead's tenure, the BYU takes a perfect 14-0 record, including 6-0 in Spokane, into the Charlotte Y Martin Centre as they take on the Bulldogs.

Sweeping the last three matchups with Gonzaga, including both games last season and one during the spring 2020-21 season, the Cougars have surrendered just five sets to the Bulldogs with Olmstead at the helm.

BYU's .282 season hitting percentage is good for No. 19 nationally. The Cougars' stand at No. 35 in assists per set, averaging 12.61, and No. 38 in kills per set at 13.59. All three statistical marks are also current conference leaders.

Continuing to hover around the 10 assist per set mark at 9.95, setter Whitney Bower has totaled 438 assists this season. Her per set average puts her at 62nd in the country. Bower also leads the team in digs with 117. Opposite hitter Kate Grimmer (108) and Kelsey Knudsen (100) also have triple-digit digs on the year.

Gneiting and Llarenas have been strong at the net, notching 53 and 39 total blocks, respectively. Grimmer has recorded 29 blocks of her own. Gneiting's 19 service aces are a team high. Livingston and libero Aria McComber have contributed 11 each.

The Cougars will return to Provo for matches against Santa Clara and San Francisco next week. Both games will be televised on BYUtv and streamed on the BYUtv app.