BYU Comes Out Strong in Opener 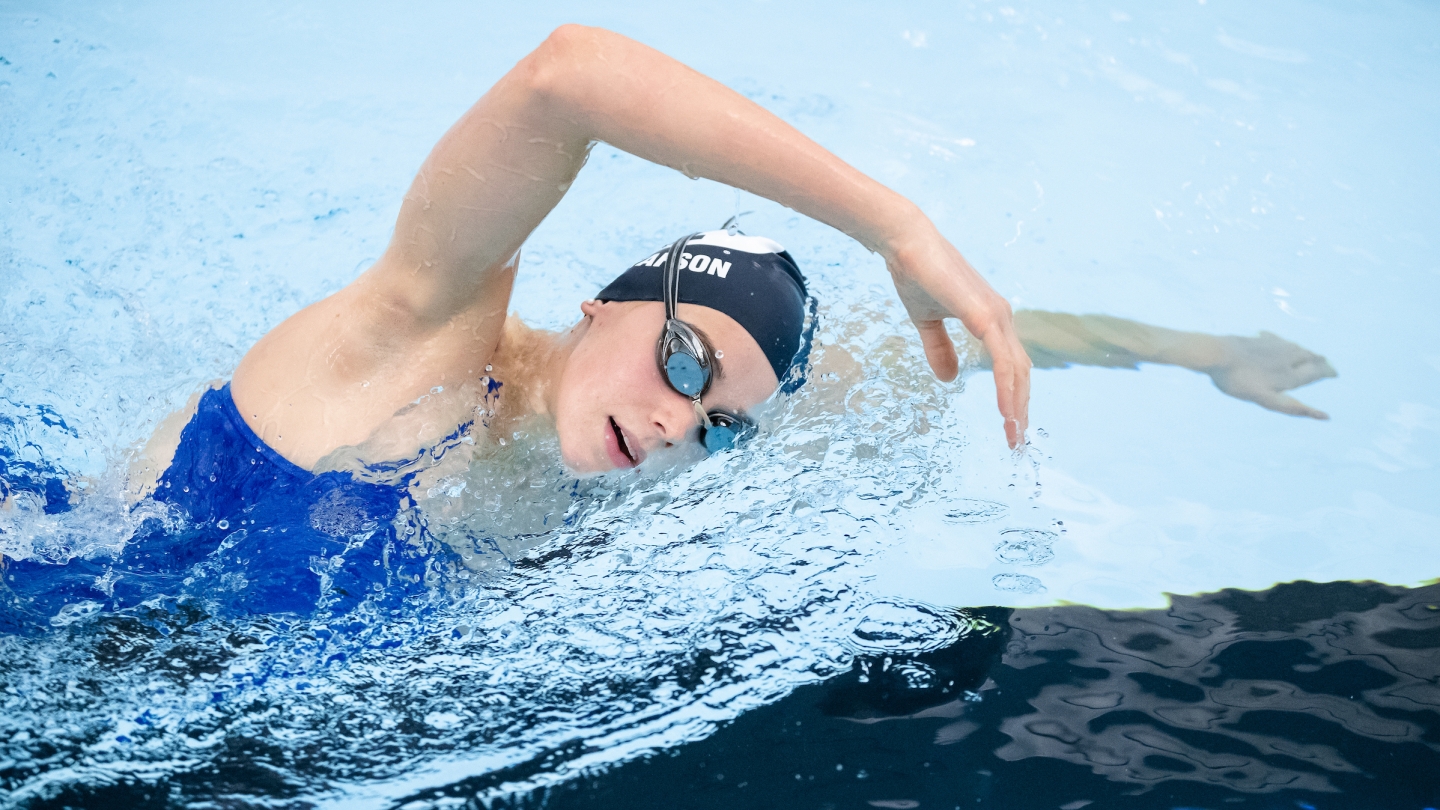 PROVO, Utah – It's not often you can compete in Division I athletics against an opponent hundreds of miles away, but that's what the BYU swim and dive program did to open the 2020-21 season on Saturday against Cal Poly.

The Cougars and Mustangs faced off but did so swimming in each program's home pool in a virtual meet. The squads then compared times, including adjusting BYU's for altitude, to determine placements.

"It was so great to have everybody racing again," said BYU swim coach John Brooks. "Josue Dominguez broke a pool record and Brad Prolo broke a team record. On the women's side, Gwen Gustafson swam really well along with co-captain Brynn Sproul and Charlotte Fieeiki."

"The team did really well for a new style of virtual meet," added BYU dive coach Tyce Routson. "It was great to have the support of family members attending to help the divers focus and kick off our season."

Sophomore Katie McBratney cruised to victory in the 100 breaststroke in a time of 1:03.11 and added another commanding win in the 400 IM, taking first six seconds before the next swimmer.

Competing in her first meet, freshman Rivers Johnson placed first in the 200 backstroke with a 2:05.94. Sophomore Lily Plaudis added a win in the 200 breaststroke while sophomore Jessica LeSueur added a victory in the 1,000 freestyle.

The Cougars also impressively took the top three spots in the 200 medley relay in addition to winning the 400 free relay.

All-American Kennedy Cribbs swept the diving events by winning the 1-meter and 3-meter competitions, surpassing NCAA qualifying scores in both.

Sophomore Tama Tuitama took first in the 200 free with a time of 1:39.93 while sophomore Tyler Edlefsen ran away with the 400 IM crown. Junior Javier Nicolas Matta, junior Jared Shaw and Tuitama also finished 1-2-3 in the 100 freestyle for the Cougars.

In the diving events, reigning MPSF Diver of the Year Mickey Strauss easily won the 3-meter competition with a score of 342.80, an NCAA qualifying score, while also claiming the 1-meter title by just over seven points with a 289.65.

BYU will next compete in Provo on Saturday, Nov. 7, at 2 p.m. MT against Colorado Mesa and Dixie State.