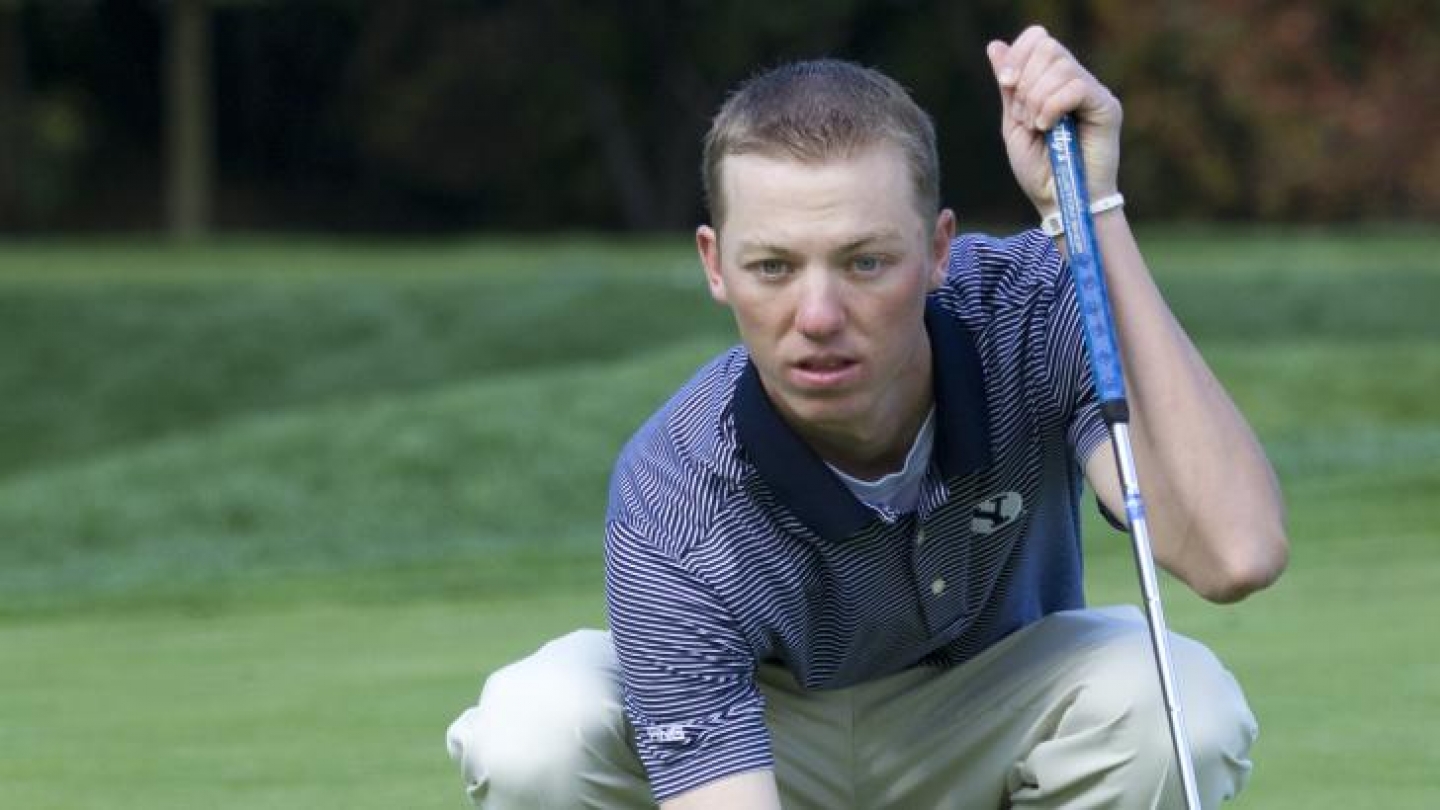 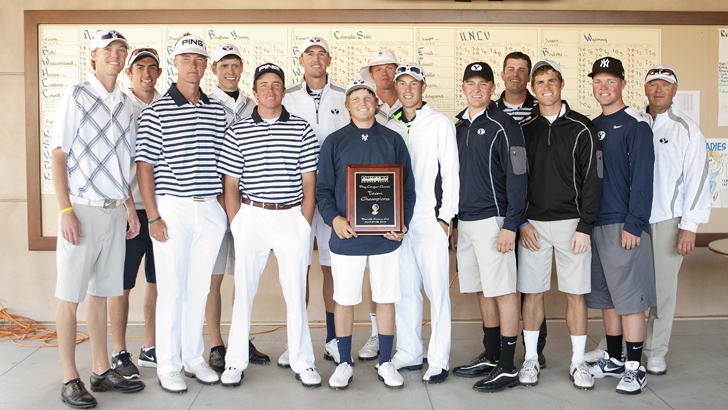 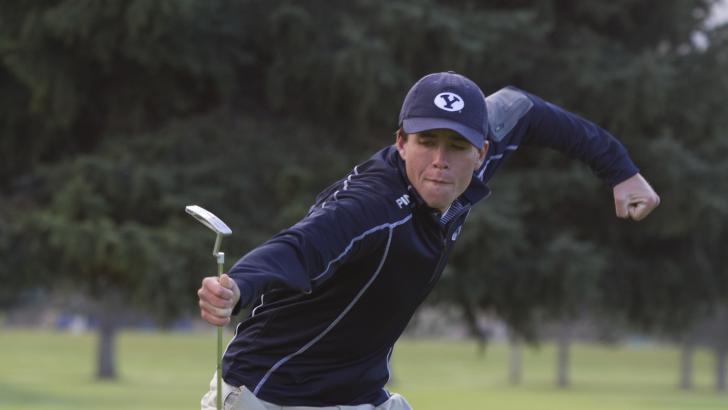 PROVO, Utah –After shooting the lowest round at the 2012 PING Cougar Classic, the BYU men’s golf team won its first tournament title in over two years on Saturday.

Taking a lead into the final round the BYU A team shot a 12-under 276 to win its first tournament since March 9, 2010. The Cougars dispatched two-time defending champion Colorado State and No. 4 UNLV as all five golfers for BYU’s A team shot par or better on the final day.

We’ve been in contention several times, but we’ve always come up short,” BYU coach Bruce Brockbank said. “I knew we were going to have to play well today and the kids stepped up and we got a win.”

Ben Hogan Watch list nominee Zac Blair led the A team, finishing third overall with a 7-under 209. After shooting 1-under on the front nine, Blair birdied holes 13, 14 and 15 to finish with a final-round 68.

While Blair led the BYU A team, it was redshirt freshman Mike Jurca of the B team that led the way for the Cougars. Jurca, playing in only his first tournament of the season, shot rounds of 70, 69 and 69 to finish second, three strokes behind tournament champion, Zahkai Brown of Colorado State.

“I can’t say enough about Mike Jurca,” BYU assistant coach Todd Miller said. “I’ve never seen a guy show up in his first college tournament and take second. For him to handle the pressure was really impressive.”

While it may have been Jurca’s first collegiate tournament, he was confident that he would play well.

“I’ve been playing really well for the last month,” Jurca said. “I won the Fox Hollow Amateur and was runner up at the Brigham City Amateur to Zac (Blair). That helped me to feel that I’m finally back.”

The Cougars A team finished with a 14-under 850 for the tournament. CSU followed closely behind at 855 and the BYU B team finished third after carding 859. No. 4 UNLV finished fourth, one stroke behind the B team at 860. Southern Utah, led by a fifth-place finish by Jeff Evans finished fifth.  Boise State and Air Force tied for sixth, while Wyoming finished eighth and Utah State ninth. The Aggies were led by a 19th-place finish by Tanner Higham.

The Cougar Classic concludes BYU's regular season. The Cougars will wait until May 7 for their postseason to be determined, when the NCAA regionals are announced.

“I hope that this win will get us in the NCAA Regionals,” Brockbank said. “This is a team that could go and advance to the finals. We’d have to play great, but there is a chance.”