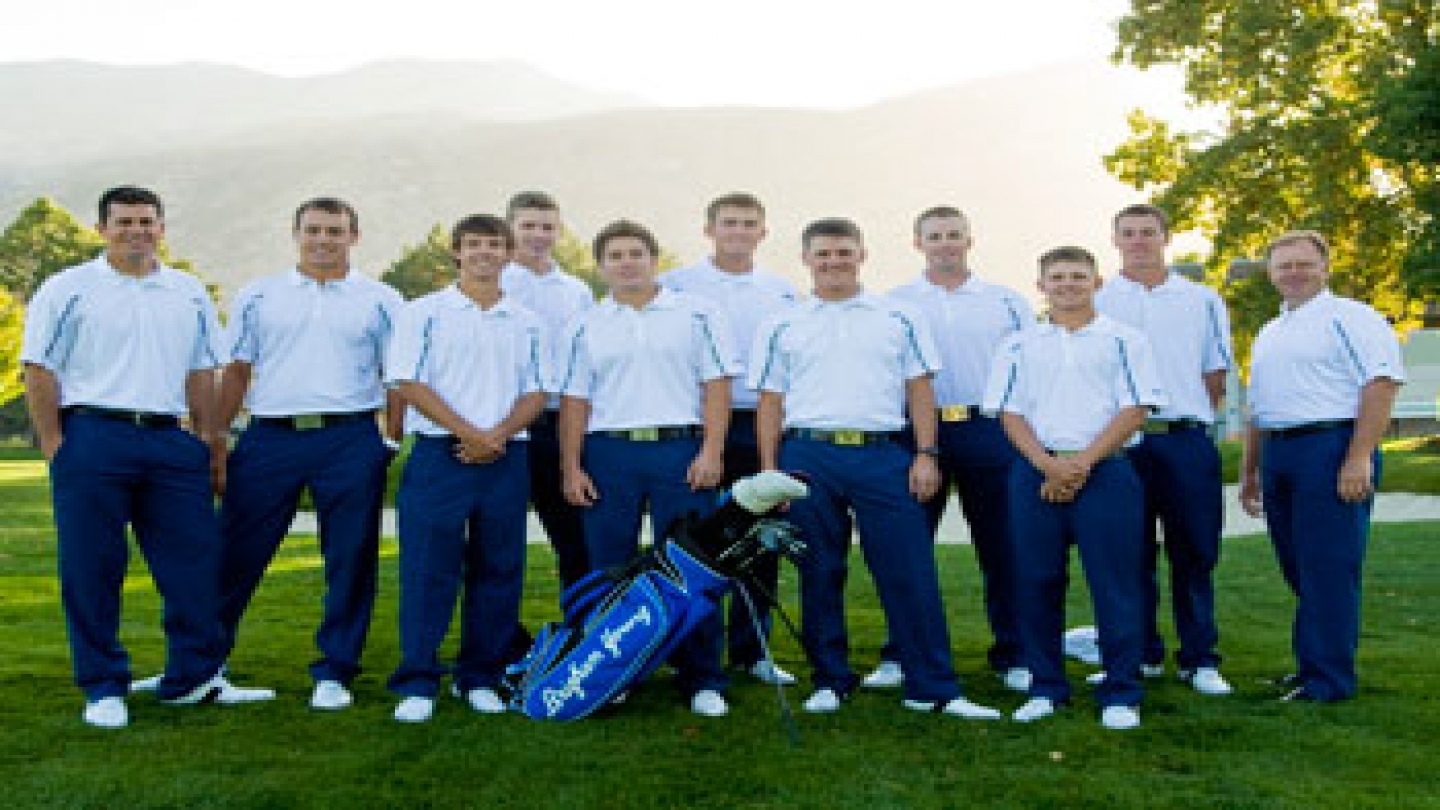 PROVO -- For the 18th time in program history, the BYU men’s golf team has been invited to participate in the NCAA Regionals, held May 20-22. The Cougars will compete as the No. 9 seed at the Capital City Club, Crabapple course in Alpharetta, Ga.

“It’s nice to be going back to the NCAA Tournament,” said BYU head coach Bruce Brockbank. “It’s something that we have a history of in our program, but we’ve missed out on that opportunity the last couple years so we’re excited to be back. We’re going to be playing against some great teams so we’ll have to play well. We’ve been able to play some pretty consistent golf the past couple tournaments, and we’re hoping we can get one of those spots in the finals.”

Thirteen teams will compete in the event, one of six 54-hole Regional tournaments being held across the country. Thirteen teams and ten individuals not on those teams will compete at each of three Regionals, while the other three Regionals will have 14 teams and five individuals not on those teams. The top five teams and lowest individual from each Regional will advance to the NCAA Championships June 1-6 at The Honors Course in Chattanooga, Tenn. The Cougars have competed at the NCAA finals 27 times since the program’s inception in 1961-62, winning the title in 1981.

Six Mountain West Conference teams will be participating in postseason play as Colorado State, TCU, UNLV, New Mexico and San Diego State were all invited along with the Cougars. The six NCAA regional berths ties the league record, set in 2007. The 2009-10 season marks the 10th time in the last 11 years the MWC has sent at least five men’s golf teams to the postseason.

The Cougars have posted seven top-five finishes this season, including the Fresno State Lexus Classic title in March. Senior Robbie Fillmore, who competed as an individual at last year’s NCAA Regionals along with fellow senior Brady Johnson, leads the team in stroke average at 71.15.