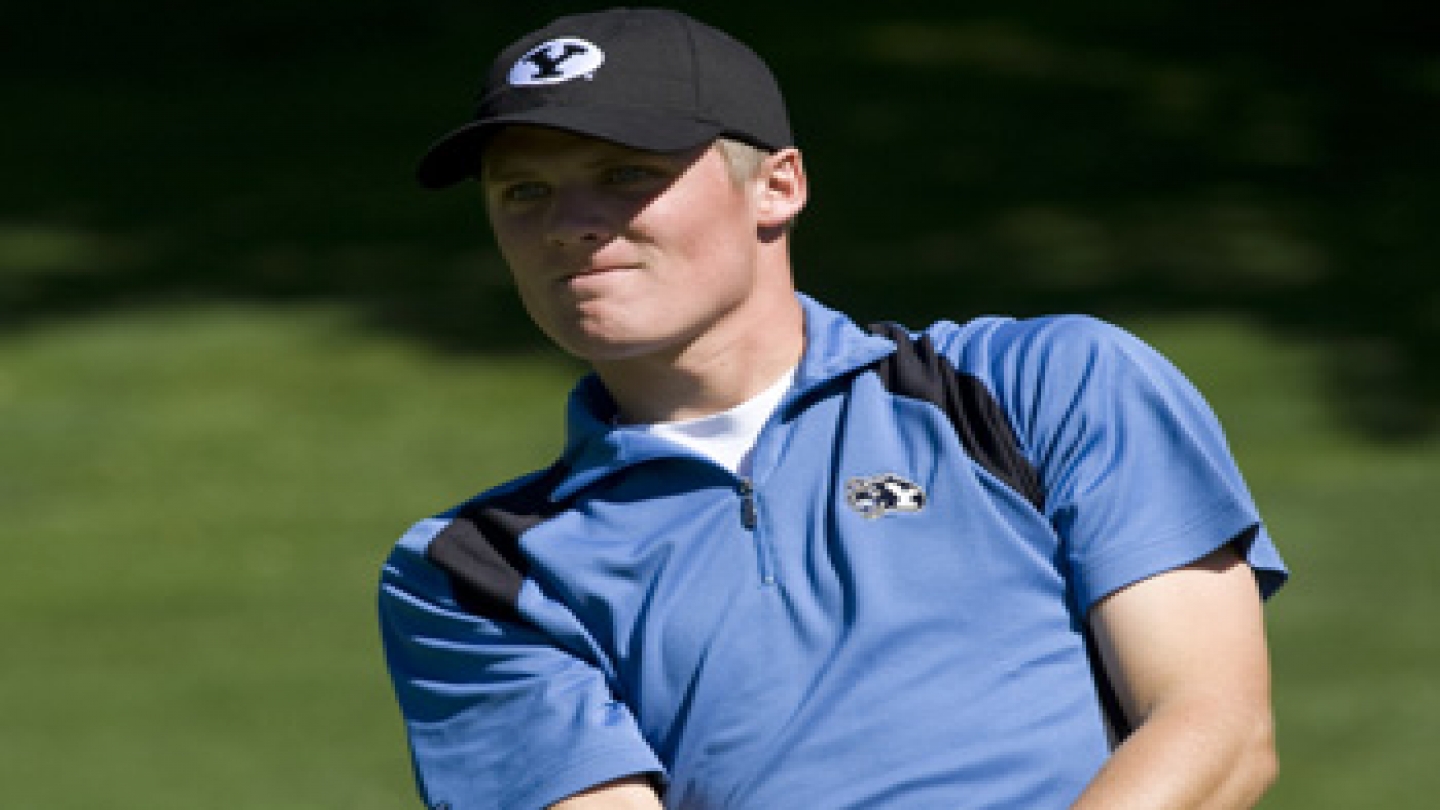 “This was a really exciting day,” said BYU head coach Bruce Brockbank. “This is what college golf is all about. It was great for this team to step up and win. Robbie obviously played great, and I’m really happy for him. But we had six guys out there that all contributed. Hopefully we can build on this for the future.”

The Cougars had to finish second-round action on Tuesday before completing the final 18 holes after Monday’s play was suspended due to darkness. BYU went +7 in the second round and posted an identical score of 362 in the third for a final score of 1085, 20 strokes over par, to tie with San Diego. On the playoff hole, BYU recorded three birdies and two pars compared to one birdie and four pars for the Toreros, giving the Cougars a two-stroke victory.

Fillmore had a spectacular run through his last 36 holes after opening the tournament +3. He finished the second round with six birdies to go 1-under overall and then posted seven birdies in the final round to improve to five strokes under par, going a combined -8 in the last two rounds. Fittingly, Fillmore defeated UC Irvine’s John Chin with a birdie on the first playoff hole to win the championship with a total score of 208, the first tournament victory of his career.

Senior Brady Johnson also had a strong tournament as he tied for fifth in the field of 99 golfers. Johnson was +1 in the third round to finish the event at even par. His placement marked the fifth top-five finish of his career.

Freshman Alton Anderson also had the best finish of his young career as he tied for 25th place at +7. Anderson was +4 in the third round. Junior Esteban Calisto was right behind Anderson at +8 for the tournament to tie for 33rd place. Two other young Cougars also contributed as freshman Zac Blair was +13 for the tournament and sophomore Jordan Rodgers was +20.

With a wave of momentum on their side, the Cougars will next compete at the Denver Desert Shootout held March 18-20.