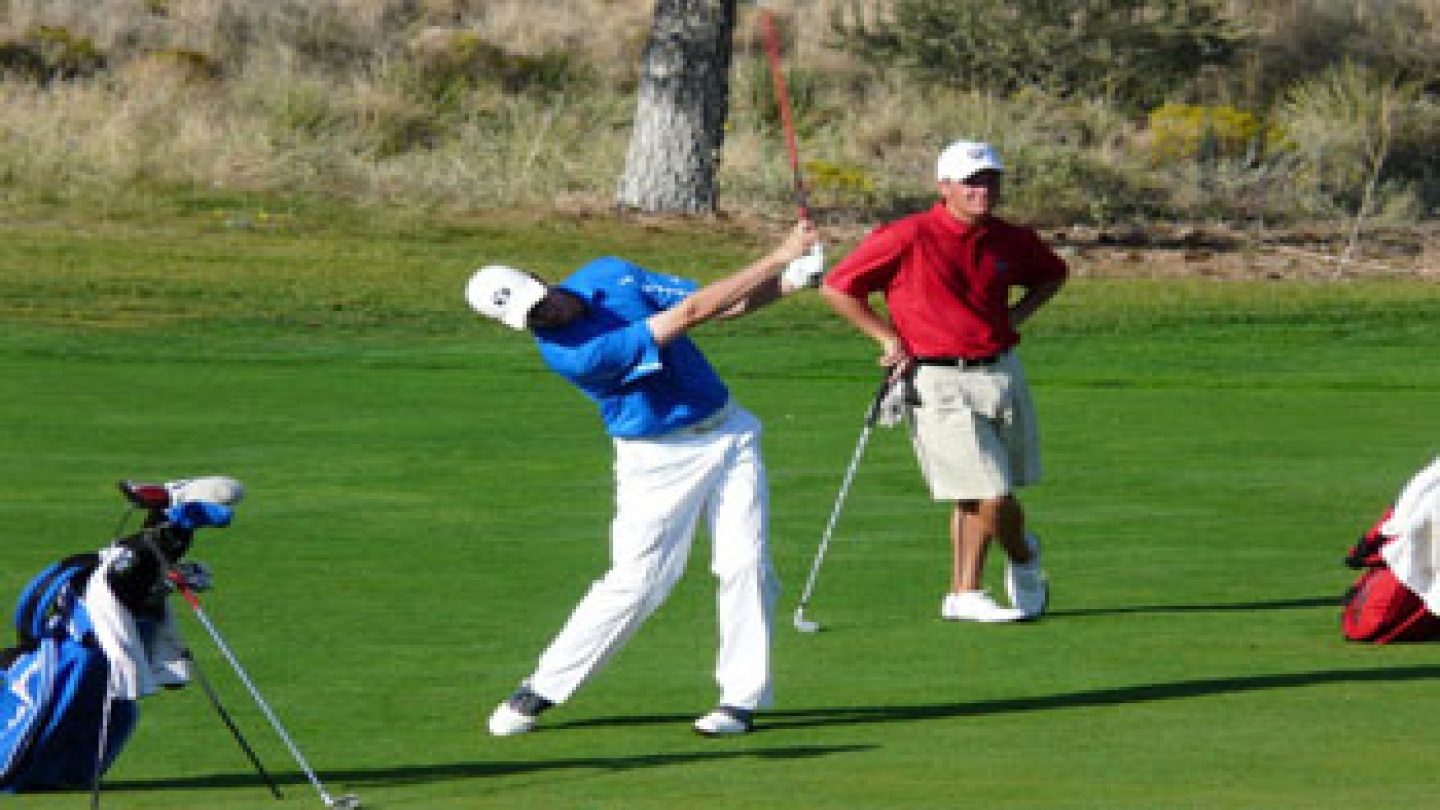 STOCKTON -- The BYU men’s golf team completed the fall season in impressive fashion, jumping four spots in Wednesday’s final round to place second at the Pacific Invitational. The Cougars went 9-under-par on the day to finish just one stroke behind UC Davis at -19 overall (833). Two BYU golfers finished in the top five.

“This was a great day for us,” said BYU head coach Bruce Brockbank. “We got out there and made some birdies early and kept sneaking up the leader board. It came down to the last hole and UC Davis made a 30-foot putt to win it. This was just a good tournament for us to end the fall season on and I hope we can build off this.”

The tournament proved to be a perfect way to end the season for BYU as two Cougars recorded the best scores of their careers. Senior Robbie Fillmore posted a 65 on Monday to establish a new personal best and senior Brady Johnson tallied a 66 on Wednesday to improve his career low.

Johnson’s round featured seven birdies, including four on the back nine, to get to 5-under-par. With previous rounds of -3 and -1 on the week, Johnson finished the tournament in third place at 9-under-par overall (204), the top Cougar finisher.

“Johnson’s round was fabulous,” said Brockbank. “It gave us a chance to win the tournament.”

Fillmore also had a notable tournament as he finished tied for fifth at 7-under-par (202) after a final-round 72. He had four birdies on the day, bringing his total to 15 for the event.

After a rough opening round, junior Esteban Calisto rebounded to finish 1-under-par and tied for 20th place. Calisto shot a third-round 67 with four birdies and an eagle, his first of the year.

Sophomore Jordan Rodgers finished the tournament at +6 overall, tied for 39th, after shooting a 76 on Wednesday with one birdie. Freshman Zac Blair went 1-under-par in the final round to finish +10 overall and tied for 47th.