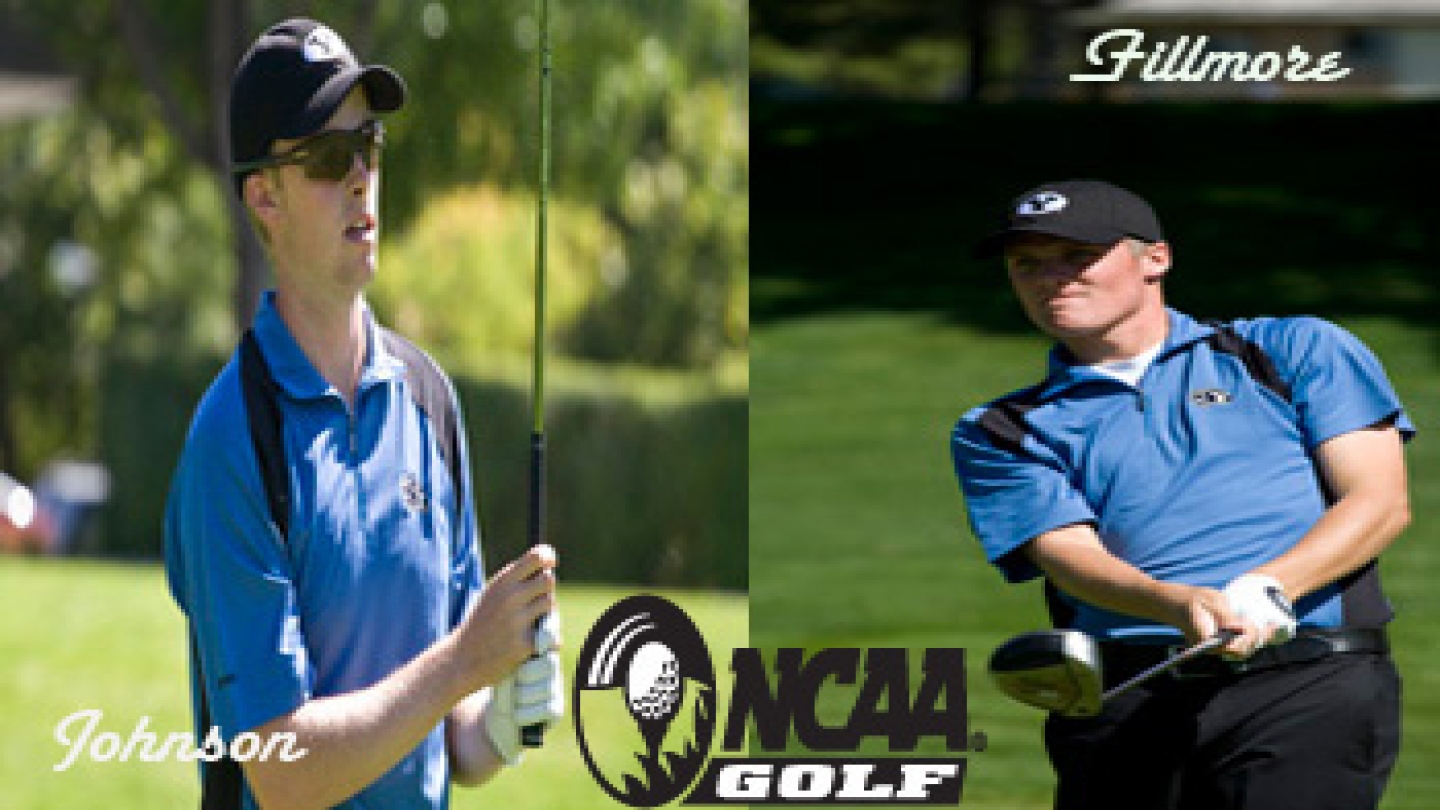 INDIANAPOLIS -- Two BYU golfers have been selected to compete at the 2009 NCAA West Regionals May 14-16 at the Lake Merced Golf Club in Daly City, Calif.

Juniors Brady Johnson and Robbie Fillmore will represent BYU as individual golfers as the team fell just short of qualifying for a spot.

“We had our good moments this year, but just didn’t play well enough at some of our tournaments to qualify,” said head coach Bruce Brockbank. “We hope for the best from Robbie and Brady and that they will represent themselves and our program well at regionals.”

“They’re kind of a lump on a log out there and it’s harder to advance to finals, but if they play like we know they can, they’ll have a shot,” Brockbank said. “It will be a good experience for them and a neat thing to be a part of. Lake Merced is a difficult course and will be a challenge for everyone.”

Johnson was recently named All-Conference after leading BYU with a 72.85 stroke average, which ranked 13th among all MWC golfers. The Mill Bay, British Columbia native is coming off a strong year in which he finished in the Top 10 at three different tournaments and had one other Top 20 performance.

He came in seventh place at the Baylor Intercollegiate at 3-over-par after posting a fall season round-low 69 in the second round, following up with a ninth-place finish at the Pacific Invitational.

Brady scored collegiate career-low rounds of 68 in the opening rounds of the John A. Burns Invitational and the USC Intercollegiate, along with the first and third rounds of the Cougar Classic. At the USC tourney, he finished in fifth place overall at 4-under-par. His best finish of the year came at the Cougar Classic with a second-place performance at 10-under-par, helping the team to its first victory of the year.

In the spring tournaments, Fillmore had strong performances at the USC Intercollegiate where he placed tenth overall at even-par and 14th overall at the Fresno Lexus Classic at 2-over-par. He came in 16th at the PING Cougar Classic at 1-under-par and then tied for 7th overall at the MWC Championship in Tuscon.