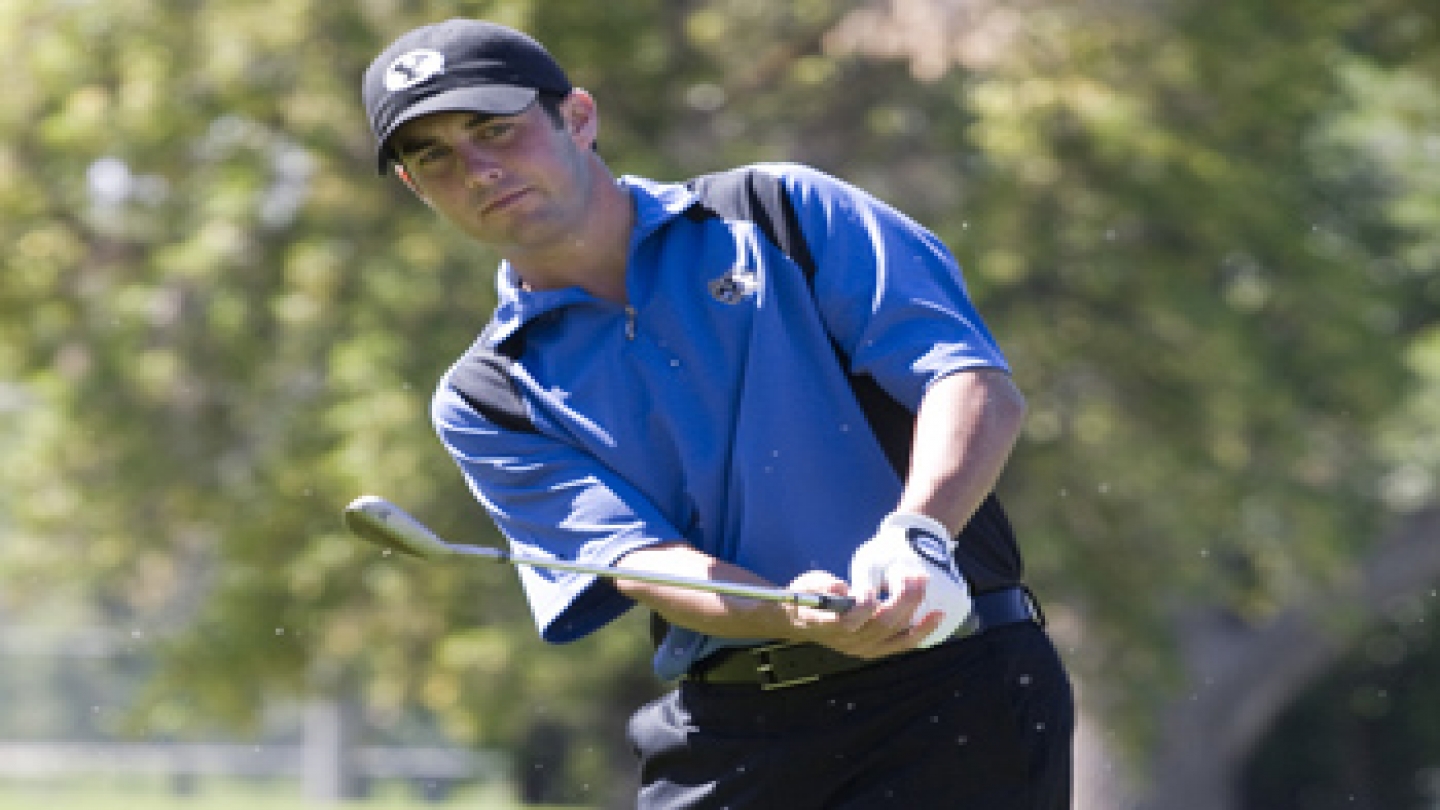 WESTLAKE VILLAGE -- A determined BYU men’s golf team continued to play consistently to close the USC Intercollegiate with a second-place finish, its best conclusion to a tournament thus far in the 2008-09 season.

The Cougars finished the tournament at 3-under-par, ten strokes behind No. 7-ranked Stanford and nine strokes ahead of third-place No. 29 California. BYU also placed higher than No. 4 USC, No. 9 Washington and No. 19 UCLA in the tournament, among other prominent golf programs in the West.

“We played really good in this tournament,” said BYU head coach Bruce Brockbank. “We had a few shaky moments throughout, but I’m proud that we stayed tough and hung in there on a tough course with good teams.”

The team was led by Brady Johnson, who showed consistency throughout the tournament with a strong start and solid finish. He ended up tied for 5th place overall at 4-under-par after completing a 1-under-par final round. He made four birdies and had just three bogeys on the day.

“Part of the reason we did well was because of the nice weather and the preparation we had just coming off the tournament in Hawaii,” Johnson said. “This is a tough golf course. The greens are fast and it’s tough to tee off, but we handled it pretty well.”

Coming in second for the team was junior Robbie Fillmore, who came in 10th place at even-par. He made four birdies on Tuesday and committed only four bogeys, ending the final round at even-par and improving his second-round score by two strokes.

Nick Killpack also played a consistent tournament, ending up with a No. 17 finish at 3-over-par after a 3-over final round in which he had just three bogeys and completed the other holes at par.

Freshman Jordan Hammer was tied in second place overall after the first two rounds, but slipped to No. 26 following a 9-over-par third round. He scored two birdies in the final round and totaled an impressive11 for the tournament, including an eagle on a par-5 hole in the first round.

Stephen Archibald finished tied at No. 38 at 9-over-par after making four birdies in the last round, improving his second-round score by five strokes. Esteban Calisto and Jordan Rodgers played individually and turned in strong performances.

“It was a good performance by our team,” Brockbank said. “Stanford had a great back nine that we couldn’t overcome, but this was a good experience for our team and it was good to see some bright spots.”

Complete results from the tournament can be found at golfstat.com.

The team will next play in the Fresno Lexus Classic March 9-10 at the Belmont Country Club.