Cougars Storm Back at Husky Invitational 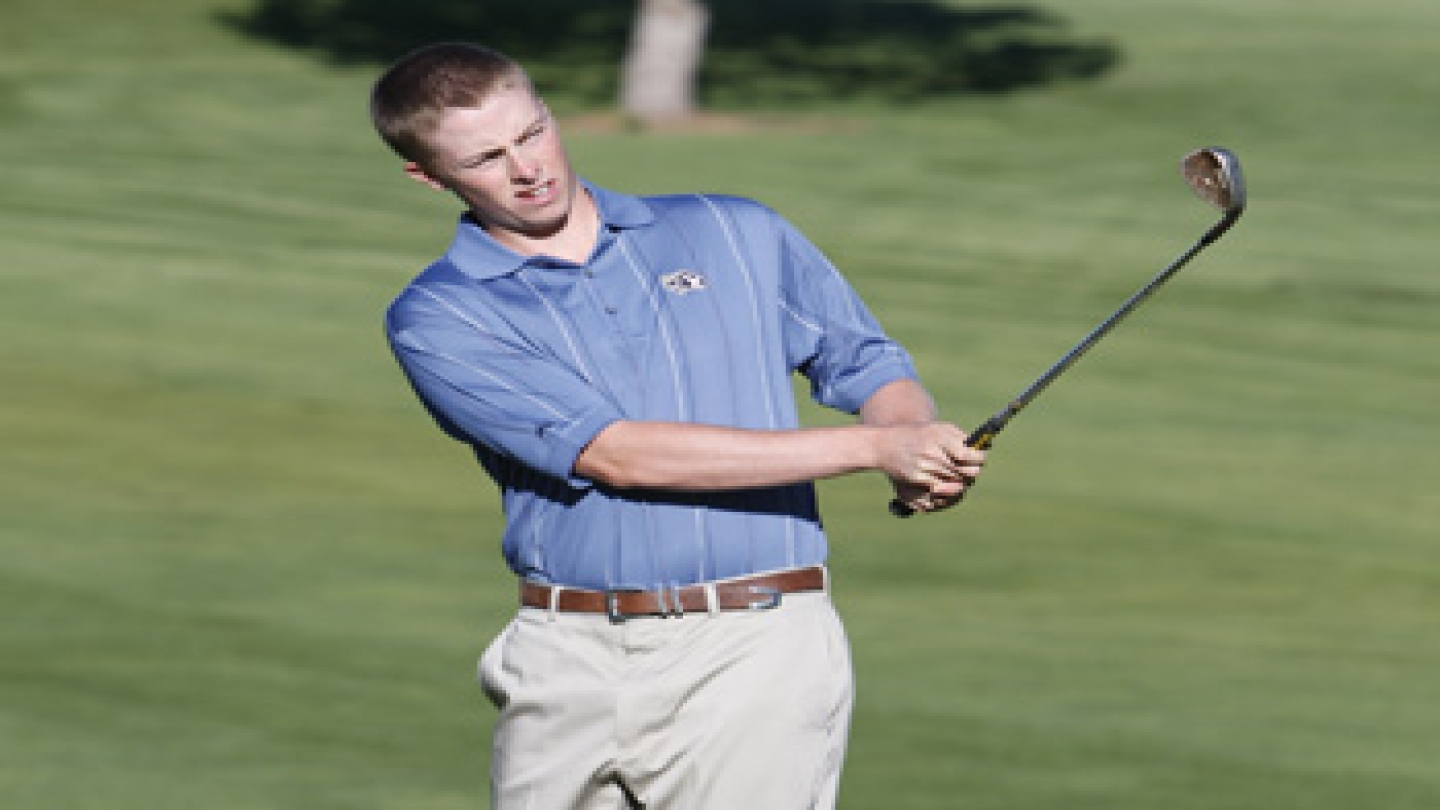 BREMERTON -- BYU’s men’s golf team made a huge improvement from Day 1 at the Husky Invitational going from tied at the No. 8 spot to a fourth place finish and shooting a field-best five-under-par on the day.

Each Cougar golfer made huge strides by moving up their individual rankings in the field and decreasing the number of strokes taken between the second and third rounds.

“The reason we were so frustrated yesterday was because we knew we could do better than we did,” said head coach Bruce Brockbank. “I think today we proved we can do better and were much more impressive.”

Leading the way was junior Robbie Fillmore who finished at two-under par in Round 3 to finish tied for 3rd place overall and even-par for the tournament. He made four birdies on the back nine, one on the front nine and had only three bogeys on the day. He jumped from the No. 11 spot to finish tied at No. 3.

Making another huge jump was fellow junior Brady Johnson. The Mill Bay, British Columbia, native jumped from No. 43 to a tie at No. 23, scoring one-under-par in the third round and +8 for the tournament. He made an Eagle shot on par-5 Hole 14.

Former University of Washington golfer Sterling Clark was consistent in the final two rounds to end the tourney in a tie for No. 23 at eight-over-par, going +3 in the final round.

Sophomore Esteban Calisto also made a big improvement as he went from the No. 60 spot to finish in a tie at No. 33, jumping 27 places. He had the best round of golf for the day going –3 69 to end at +10 overall.

“We didn’t have to do anything differently,” Calisto said. “We know we are capable and we know how to shoot good scores. I think we had more confidence and are working hard.”

Senior Nick Killpack moved up a few spots from No. 55 to No. 50 as he shot one-over-par in Round 3 to finish the tournament at +13.

Freshmen Jordan Rodgers and Stephen Archibald golfed independently to gain experience and finished tied for No. 29 and 65, respectively.

“It was nice to play under par,” Brockbank said. “We got off to a good start and played a good round to get some ground back from yesterday.”