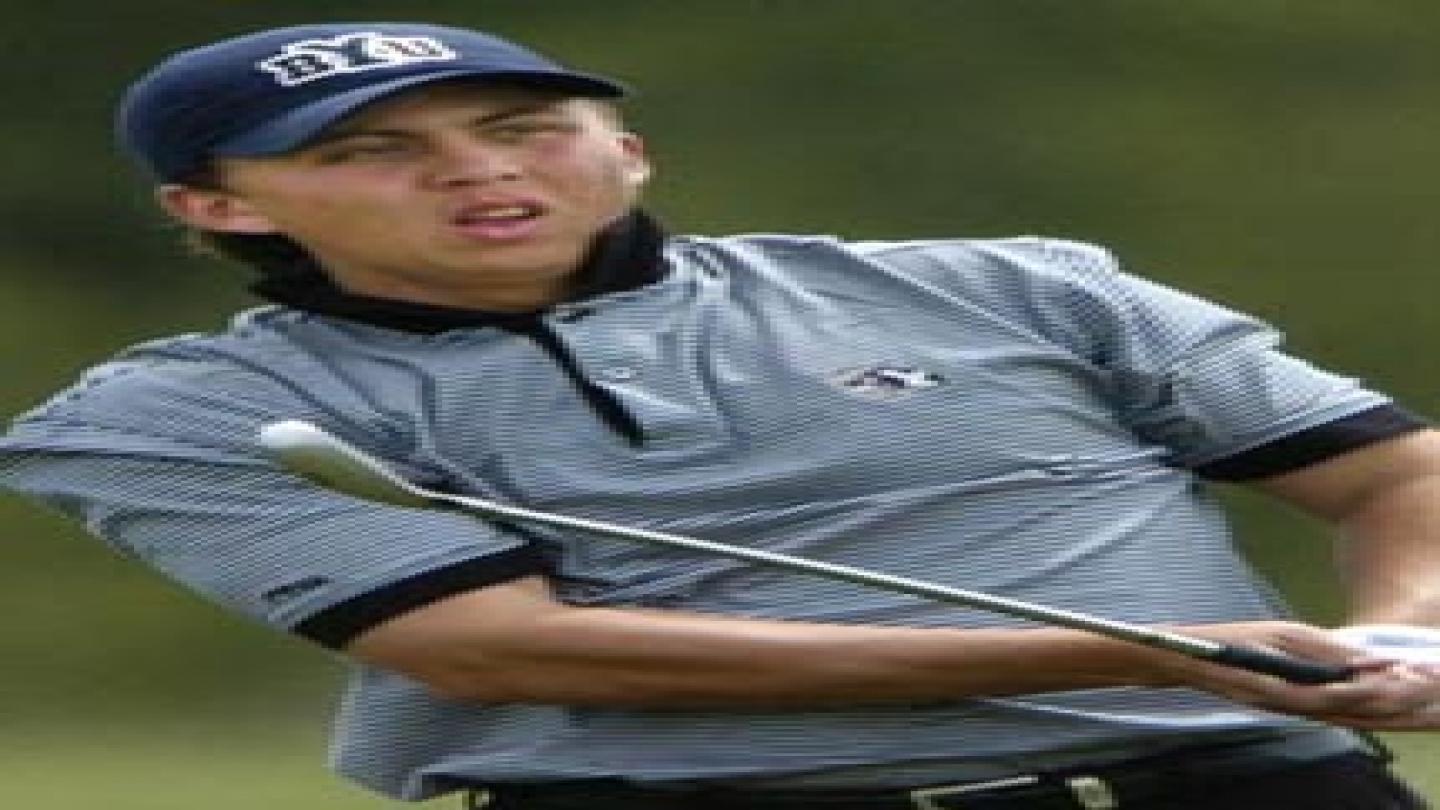 LAKESIDE -- The BYU men's golf team notched its second consecutive victory at the Barona Collegiate Cup on Tuesday, winning the tournament by nearly 20 strokes after carding 11 out of a possible 12 scores under par.

Senior Greg Machtaler was impressed with each team member's performance.

"The thing I think is amazing is that nobody shot over par the entire tournament," Machtaler said. "I've never seen anything like that in my four years here. It's awesome."

BYU Coach Bruce Brockbank said because the team's hard work and competitive nature, it is hitting the ball really well and is playing with a great deal of confidence. The team's hard work has shown in the last two tournaments as the Cougars have gone 79-under par, winning by an average of 19.5 strokes.

Oscar Alvarez led the No. 15 Cougars by winning the individual title on the second playoff hole. Alvarez had an eagle on hole No.14 when he hit his driver shot about eight feet from the hole and nailed his putt for eagle. He bogied No. 17 when he hit the ball in the water, but on the No. 18 hole he made a difficult up-and-down putt to force a playoff. On the second hole of the playoff hole, Alvarez sunk a 36-foot putt to clinch his first collegiate victory.

"I'm really happy," he said. "This is something I really wanted."

For the tournament, Alvarez stroked an impressive 66-69-68 including a tournament-leading two eagles.

Also for the second consecutive tournament, the Cougars placed three golfers in the top-5. Brockbank said having three guys playing so well gave him the confidence the team would win.

"I knew we were in good shape when we had three of our guys at the top of the leader board all day long," Brockbank said.

Machtaler, who won the individual title at the Fresno Lexus Classic two weeks ago, tallied an amazing 16 birdies, second best in the tournament.

Harvey carded just one less birdie than Machtaler to finish third in total birdies at the tournament. Harvey has been just one of several Cougars to be in contention for the lead at the last two tournaments. He said the depth of this year's team has been key to its success.

"Every one on this team goes into each tournament thinking they can win it and the rest just takes care of itself," Harvey said. "So far this year if you can beat your teammates, you can win the tournament."

Sophomore Jake Ellison also put together a solid tournament. He carded an amazing 37 pars in 54 holes of golf. By finishing ninth at the Barona, Ellison notched his second straight top-10 finish.

Todd Miller put together his best tournament of the year Tuesday. He finished tied for No. 27, his best finish so far this year. He stroked a 213 during the tournament.

Clay Ogden also had his best performance of the year by finishing at No. 32. He competed in the tournament as an individual.

The Cougars hope to make it three straight victories when they return to competition next Monday at The Prestige at PGA West in La Quinta, Calif.