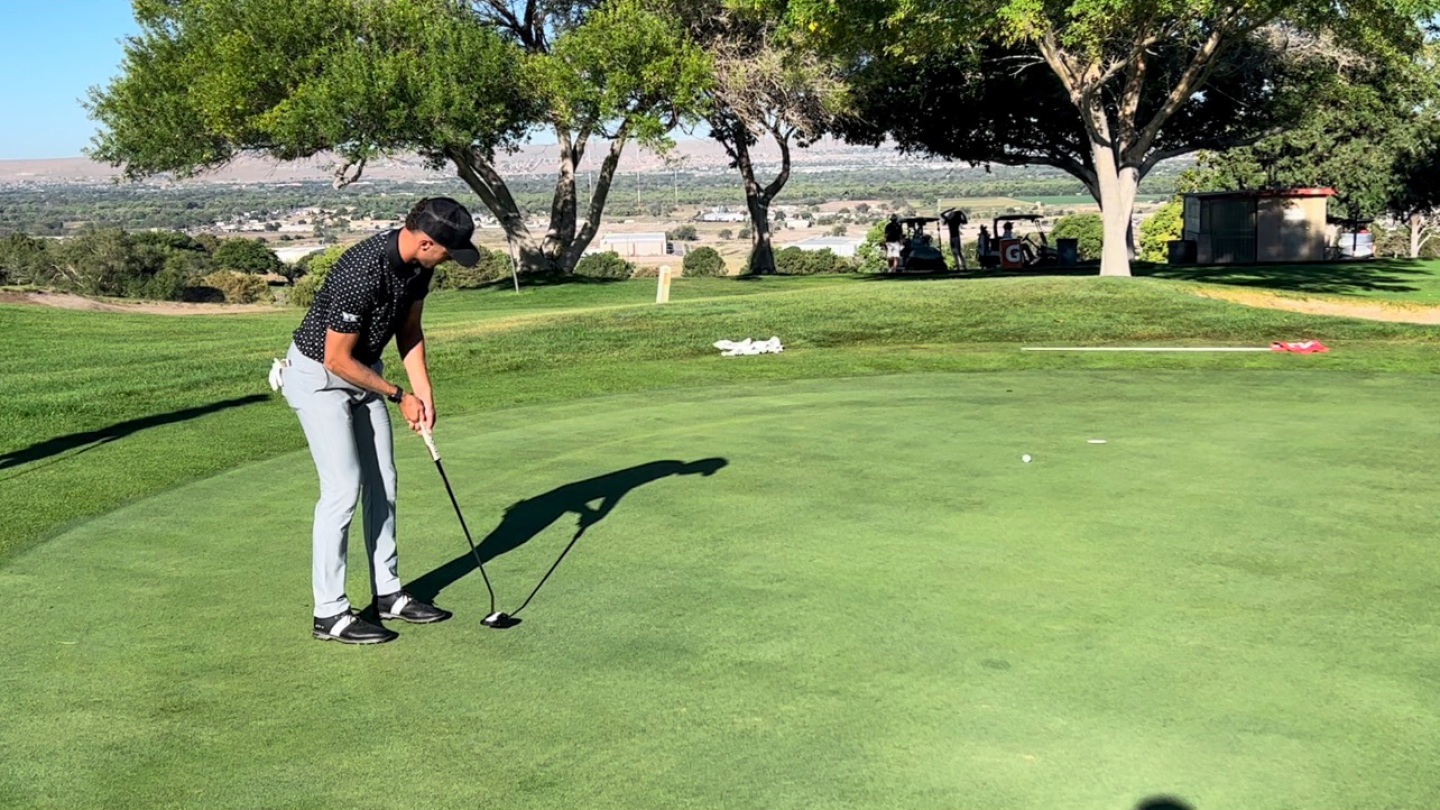 ALBUQUERQUE — No. 41 BYU men’s golf shot 8-under-par in the final round of the William H. Tucker Intercollegiate to finish fifth at the UNM Championship Course on Saturday.

“It’s fun to see what these guys are capable when they are playing their best,” said BYU director of golf Todd Miller. “We have a lot of potential to go low and be front runners at every tournament we play, but we haven’t been consistent enough through two events.”

San Diego State took home the team title as they posted rounds of 279-280-289—848 to shoot 16-under-par to win the Tucker Intercollegiate by 8-shots over the host, New Mexico.

The Cougars carded rounds of 295-286-280—861 to finish at 4-under in fifth place. The Cougars came alive making 11 birdies and four eagles on the inward nine to post an 8-under total on the final day, their best round of the season.

David Timmins was the low finisher for BYU as he grabbed his first top-5 finish of the young season. The senior fired three-straight under-par rounds of 70-69-71—210 to finish tied for 5th. The Sandy native recorded three bogeys and an eagle on the way to a 1-under final round.

“Timmins played some beautiful golf this week on a course that was set up like a U.S. Amateur Championship,” said Miller. “The rough was long and the greens were firm, but he handled it like a professional. I’m excited to see what he can accomplish in the next few weeks.”

Carson Lundell made the biggest move up the leaderboard of anyone in the field on Saturday as he jumped 42 spots from a tie for 60th to 18th after carding his lowest round of the season. The All-American carded seven birdies and no bogeys for a 7-under, 65 on Saturday in Albuquerque.

"Yesterday my two most important clubs were my worst clubs for me," said BYU senior Carson Lundell. "I made some adjustments to my driver this morning, ended up finding something with my putter and thankfully was able to make a lot of birdies today."

Zac Jones and Tyson Shelley matched each other shot for shot as they turned in matching scores of 75-72-72—219 to finish in a tie for 30th. Keanu Akina rounded out the scoring for the BYU team with a tied for 35th finish after shooting 75-73-72—220.

Elijah Turner, who played as an individual, finished his tournament with rounds of 73-71-80—224.

After two-week break, the Cougars will get back to business as they travel to Reno for the Nevada Wolfpack Classic at Hidden Valley Country Club, Oct. 10-11.