Cougars in fifth after 36 holes at Tucker Intercollegiate 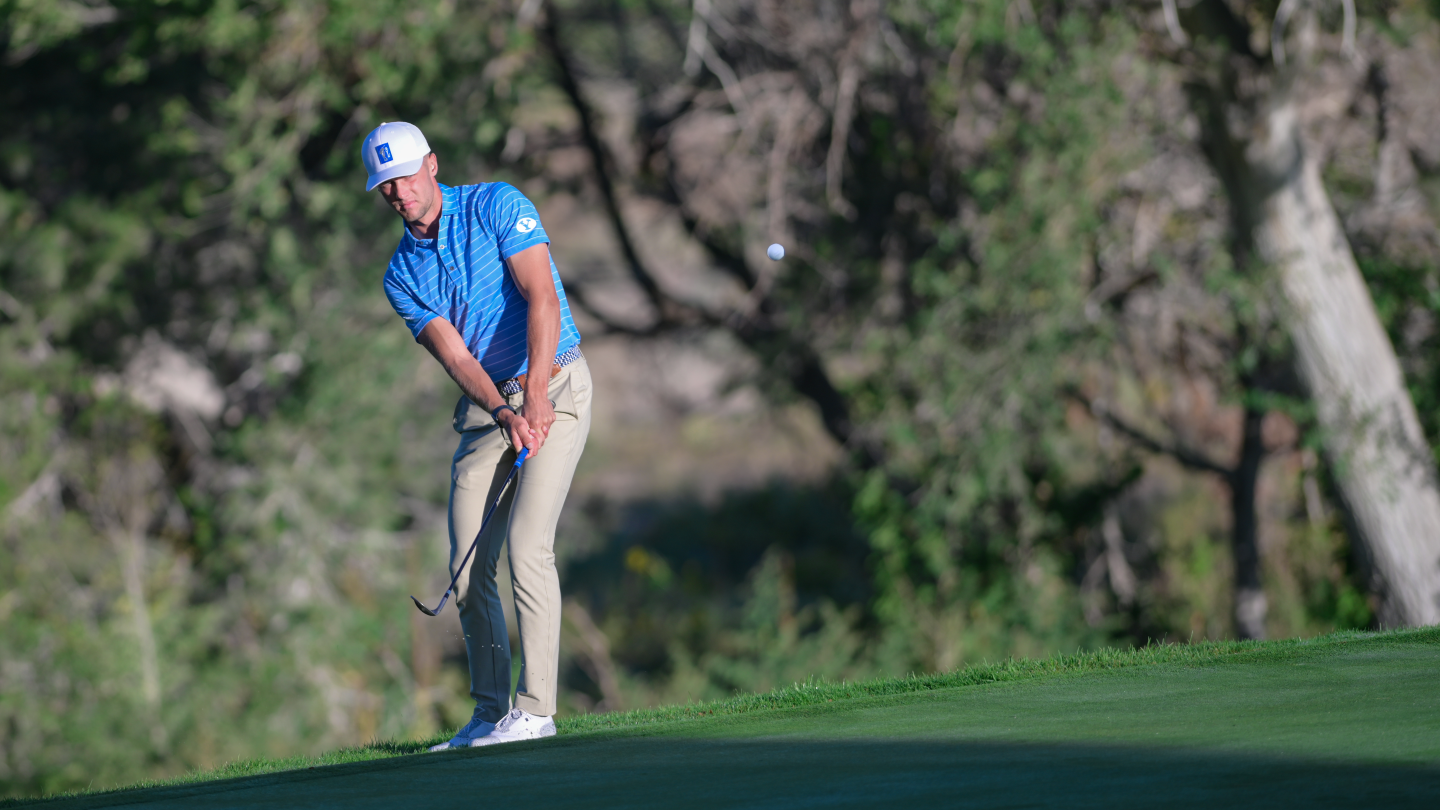 ALBUQUERQUE — No. 41 BYU men’s golf sits in a tie for fifth at the William H. Tucker intercollegiate after shooting 5-over-par over the opening 36 holes.

“With firm fairways and long rough, the UNM Championship Course requires you to hit fairways to be successful,” said BYU director of golf Todd Miller. “In round one, the guys found the desert and rough far too often, which led to some big numbers. Bruce and I were proud of how the team bounced back with a solid round in the afternoon, but we will need a low round tomorrow just to move the leaderboard a spot or two.”

The Cougars were led by David Timmins who fired rounds of 70-69—139 to sit at 5-under-par in a tie for sixth through the first 36 holes. The senior carded five birdies and just three bogeys during his 2-under opening round before following it up with a 3-under par showing in round two that included three birdies and an eagle.

"It was fun watching David think his way around that golf course today," said Miller. "He hit a lot of fairways and was very precise with his irons, which gave him a lot of opportunities for birdie. He is in great position to get in contention and possibly win the tournament tomorrow."

Zac Jones and Tyson Shelley sit in a tie for 42nd at 3-over after matching rounds of 75-72—147 on the opening day. Keanu Akina sits one shot behind Jones and Shelley at 4-over-par after shooting 75-73—148. Carson Lundell rounded out the scoring for the Cougar team with rounds of 76-74—150 on day one.

Elijah Turner, playing as an individual, finished round two in a tie for 21st after carding rounds of 73-71—144 to finish at even par through 36 holes.

"Bruce and I were also excited to see Elijah play two solid rounds today," said Miller. "He has been hitting ball extremely well this fall and is starting to see his hard work pay off."

The Cougars tee off at 7:30 a.m. MDT in the final round tomorrow with live scoring available at golfstat.com and live updates on the BYU men’s golf Instagram and Twitter accounts.