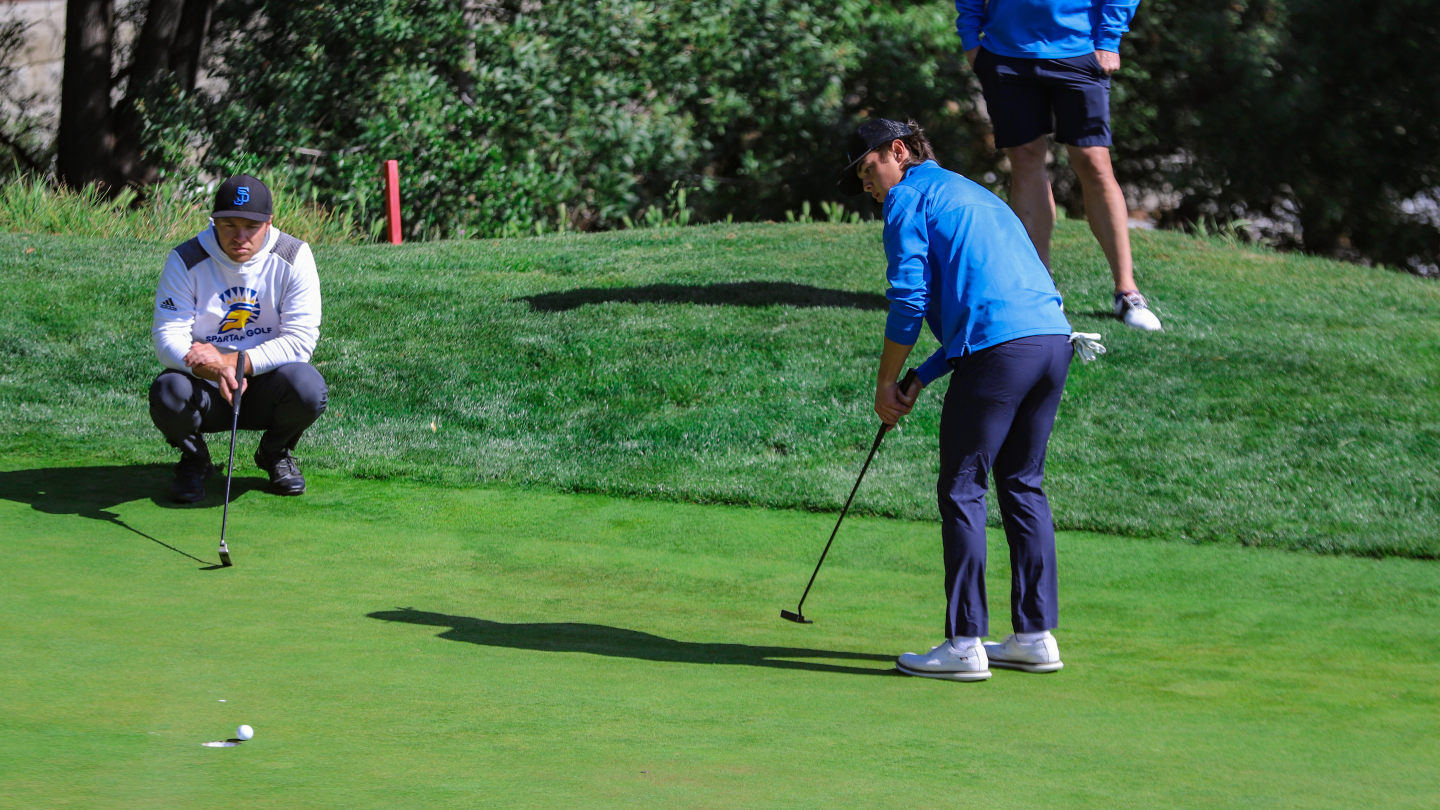 SAN FRANCISCO — BYU men’s golf shot 1-under-par and holds a one-shot lead through 36-holes at the USF Intercollegiate at the Olympic Club on Monday.

“The guys played some solid golf out there today,” said BYU head coach Bruce Brockbank. “We really had it going during the first round but had a rough start to round two. Credit to the guys for hanging in there and finding a way to post a solid number through 36 holes. It is always a nice feeling to lead going into the final round, so now we need to pay it off tomorrow.”

The Cougars fired a 6-under 278 during the opening round this morning, followed by a 289 this afternoon to post a 1-under-par 567 to grab a one-shot lead entering tomorrow’s final round.

“We got off to a solid start in the morning round but had two doubles in key moments that stalled our momentum,” said BYU director of golf Todd Miller. “Although we didn’t play our best golf today, the team is excited to be in a position to win the tournament tomorrow.”

Tyson Shelley led the way for BYU on day one as he fired rounds of 69-70—139 to grab a share of third place entering the final 18 tomorrow. The sophomore carded four birdies in his first round and three more in his second go-around to finish at 3-under for the day, just two shots off the lead.

Senior Carson Lundell is two back of his teammate after shooting 71-70—141 to sit just inside the top-10 in a tie for eighth after day one. The two-time All-American recorded five birdies and four bogeys on the day to finish at 1-under-par.

David Timmins finds himself inside the top-25 after rounds of 68-76—144. The senior from Sandy, Utah made six birdies in his opening round this morning and is in a tie for 19th entering the final 18 holes tomorrow.

The Cougars tee off tomorrow at 8:30 a.m. PDT in the final round as they look to capture a season-opening win at the USF Intercollegiate. Live scoring for tomorrow’s round will be available at golfstat.com and updates will be posted on the BYU men’s golf Instagram and twitter accounts.