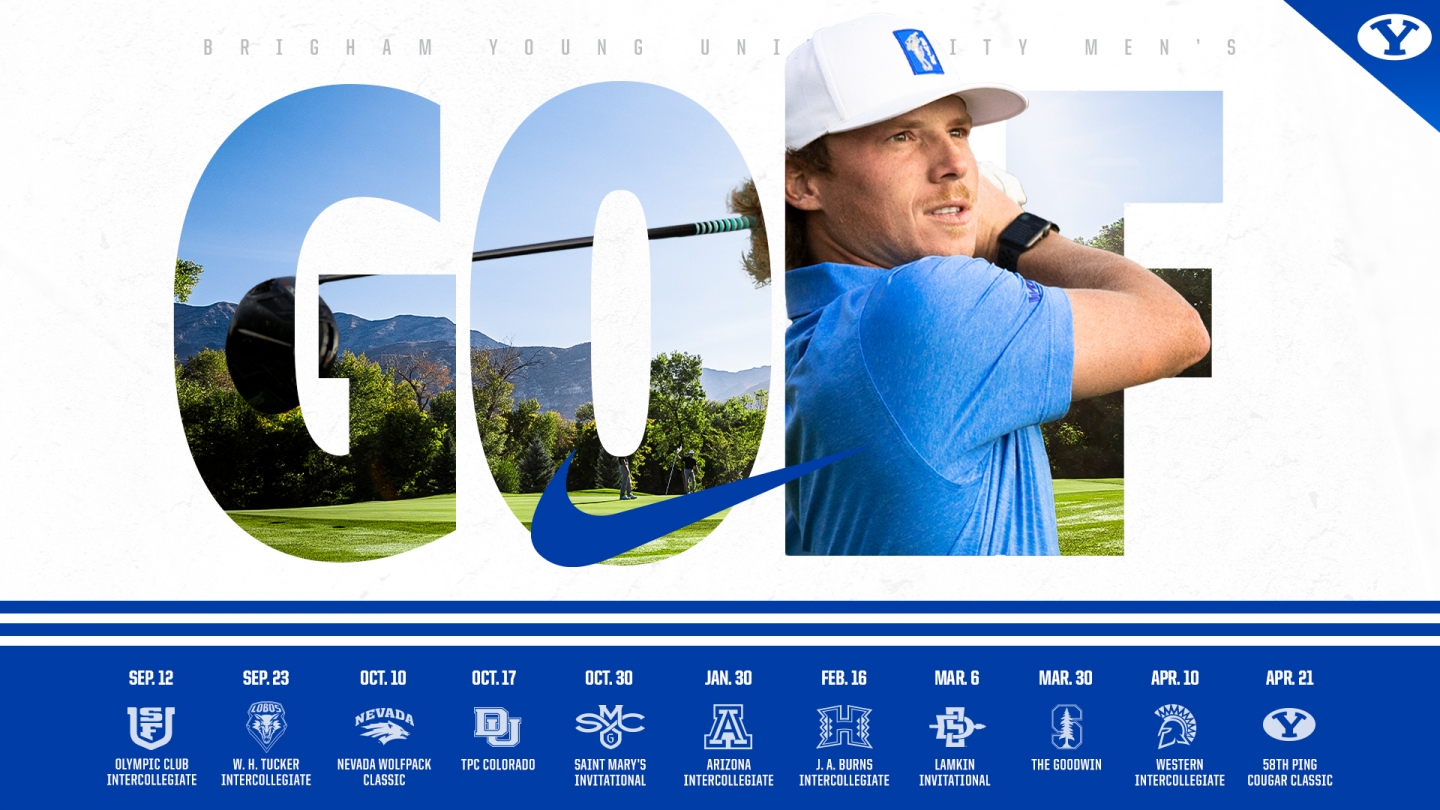 PROVO, Utah — BYU men’s golf released the schedule for the program’s 63rd season and its final season as a member of the West Coast Conference on Thursday.

Just three months removed from a 21st-place finish at the NCAA Championship, the Cougars look to add one more WCC Championship to the trophy case before they join the Big 12 next fall.

Bruce Brockbank is entering his 31st season at the helm of the BYU golf program that he has led to six conference titles, including two WCC crowns.

His veteran squad that includes two-time All-American Carson Lundell and Utah State Amateur Champion Zac Jones, look to bring home a third WCC title for the Cougars, qualify for a regional and return to the NCAA Championship for the fourth time in five years.

BYU’s season will begin Sept. 12-13 as the team travels to San Francisco for the Olympic Club Intercollegiate before their title defense at the William H. Tucker Intercollegiate at the UNM South Course in Albuquerque on Sept. 23-24.

After two off-weeks, the Cougars will head to Reno for the Nevada Wolfpack Classic at Hidden Valley Country Club, Oct. 10-11. From Nevada, Brockbank and company with venture to Denver, Colorado for the TPC Colorado at Heron Lakes Collegiate.

BYU will conclude the fall season on Oct. 30-Nov. 2 when they tee it up at Poppy Hills Golf Course in Pebble Beach, California for the Saint Mary’s Invitational.

Returning to the mainland, the Cougars will begin the California swing with a trip to San Diego on Mar. 6-7 for the Lamkin Invitational. On Mar. 30-Apr. 1, BYU will compete at the the Goodwin hosted by Stanford before they head up the coast to San José for the 76th Western Intercollegiate on Apr. 10-12.

The Cougars will host the 58th PING Cougar Classic on Apr. 21-22 as they gear up for the West Coast Conference Championship on Apr. 27-29 at Gold Mountain Golf Club in Bremerton, Wash. The NCAA Regionals will be held May 15-17 before the NCAA Championship at Grayhawk Golf Club in Scottsdale, Arizona, May 26-May 29.