Lundell, Timmins lead BYU in first round at Cougar Classic 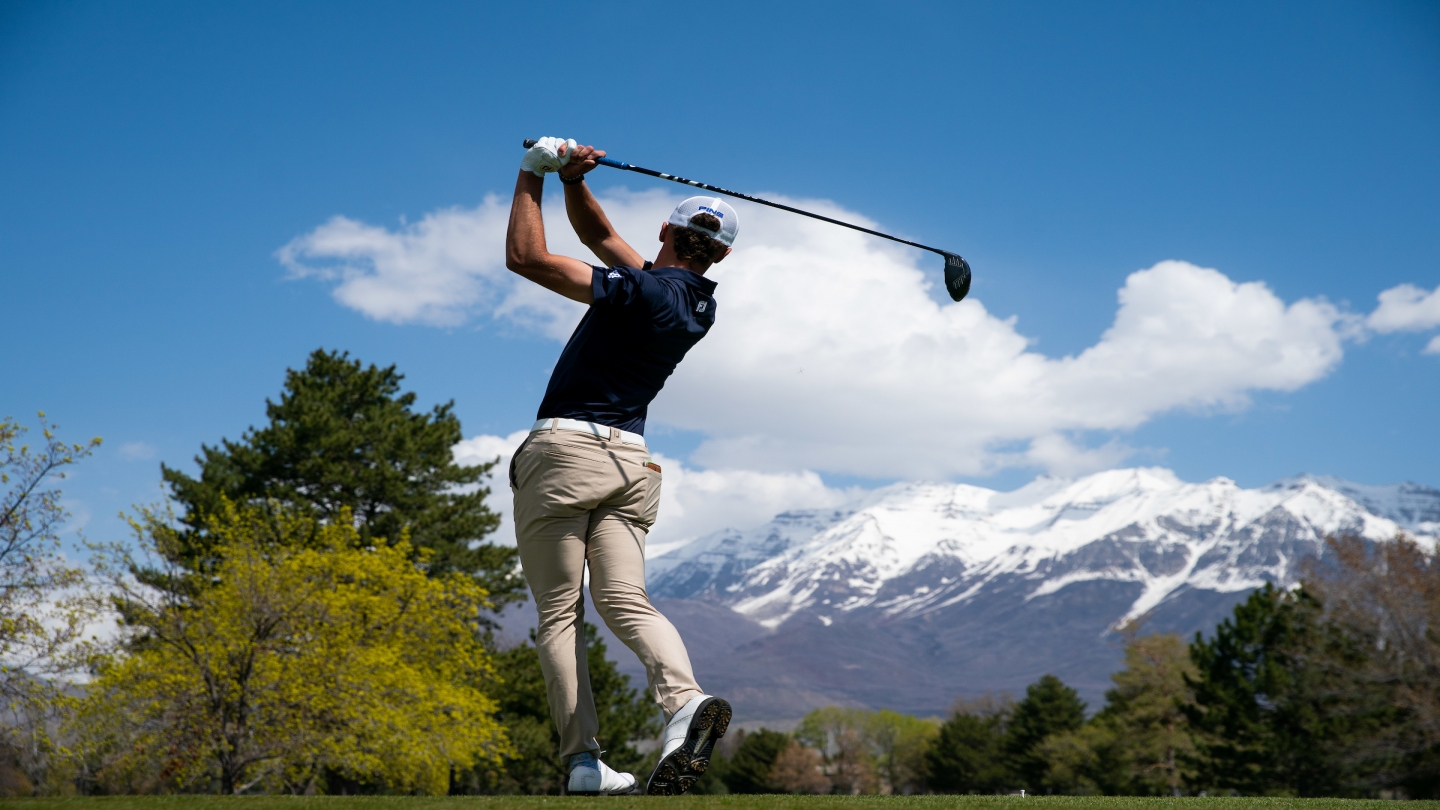 PROVO, Utah – Carson Lundell and David Timmins each carded a 4-under 68 in the first round of the PING Cougar Classic to lead BYU into second place through 18-holes of play at Riverside Country Club on Friday.

“I was really impressed with how the guys hung in there through a long day of golf,” said head coach Bruce Brockbank. “The whole team played great, and we have an opportunity to win the tournament tomorrow.”

The second round of the 54-hole Cougar Classic got underway Friday afternoon, but was suspended due to cover of darkness. Play will resume with the completion of round two at 8 a.m. MDT on Saturday. The final round of 18 holes will then begin with a shotgun start at 9:15 a.m. MDT.

Lundell and Timmins are tied for fourth place in the individual standings trailing Jun Ho Wo of Denver who holds the 18-hole lead with a first round 65 (-7). He is followed by Tim Widing of San Francisco and Dylan Vanderveer of St. Mary's who both shot 67 (-5). Timmins’ 68 tied his season-best single-round score.

Kelton Hirsch fired a 3-under 69, Elijah Turner a 1-under 71 and Cole Ponich a 1-over 73 to round-out BYU's team score of 276. WCC foe San Francisco leads the tournament with an opening round 274, followed by the Cougars (276) in second and St. Mary's, New Mexico, Utah and BYU's second team tied for third at 279.

Max Brenchley and Brock Stanger led the Cougars' second team with scores of 3-under 69, while Brock Goyen and Keanu Akina also finished under par with a 70 and 71, respectively. Austin Banz rounded out the second team scoring with a 75.

Follow live scoring from the PING Cougar Classic on Golfstat.com.